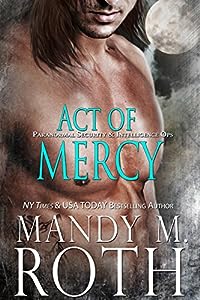 Paranormal Shifter Military Special Ops Romance Paranormal Security and Intelligence Operative Duke Marlow has a new mission: find, interrogate and possibly eliminate the target — Mercy Deluca. He knows looks can be deceiving, but it’s hard to believe the beautifully quirky woman running around in a superhero t-shirt is a viable threat. The sexy little biomedical engineer quickly proves she is more than he bargained for and Intel has it all wrong — she’s not the enemy. Far from it. Intel also forgot to mention one vital piece of information — she’s Duke’s mate. This immortal alpha werewolf doesn’t take kindly to her being in danger.

When Mercy accepted a position within The Corporation she thought it was to help cure disease and to make a difference for mankind. She had no idea what her new career path truly entailed — monsters masquerading under the guise of scientific research. Unable to stomach the atrocities she’s uncovered, she reaches out through what she hopes is the proper channels, asking for help. Mercy gets more than she bargains for when a team of paranormal hotties shows up on her doorstep ready to take down The Corporation. One in particular seems to be able to get under skin, both aggravating her and exciting her in ways she can’t explain. 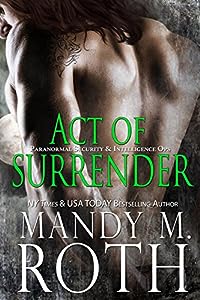 Dr. James Hagen thought he’d bid Paranormal Security and Intelligence Agency good riddance nearly ten years back. He’d been an operative with them for so long that carving out a new path in life had taken time, but he’d achieved it. He’d made it his mission in life to help the wayward find a path again, to help those who couldn’t help themselves. All that changed when he fell into enemy hands. Now, unable to fully heal and plagued by nightmares and choppy visions of what is to come, James isn’t sure if he can keep going. That is, until he meets PSI’s newest person of interest — a quirky, sexy cyberpunk who totally turns his world upside down.

Laney Steele knows she’s onto something. It doesn’t matter that most have written her off as a conspiracy theorist and a hacktivist. She knows the government is hiding the existence of super soldiers who can shapeshift into animals. She’s so sure that she puts herself on the line to find out more, only what she uncovers isn’t exactly what she was hoping for, and it has a heck of a lot more to do with her than she ever thought possible. When her newfound online gamer buddy turns out to be a super solider, she throws caution to the wind just for a chance to be with him. Neither one of them realize the enemy has been lurking, waiting for the perfect moment to strike — again. 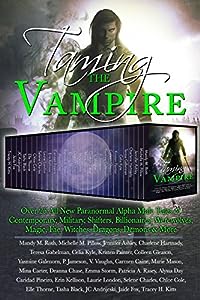 Featuring OVER 25 All New Alpha Vampire Tales from NYT, USA Today and National Bestselling Authors! Limited Time Boxed Set! From sinfully sexy, charismatic bad boys with a thirst for more than blood, to toe-curling hotties with rough edges just waiting to be tamed, these vampire tales will burn the pages and melt your heart. Over 25 of today’s top selling authors have come together to form a collection that is filled with magic, mystery, mayhem and most importantly happily ever afters. 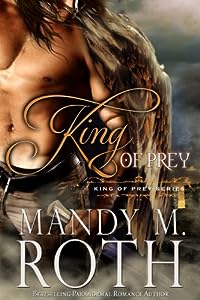 In a place where realms combine and portals open passages to the unknown, a prophecy speaks of fertility being restored to his people through the taking of King Kabril’s mate. The prophecy neglects to mention she lacks something vital to his kind — wings. Kabril, King of the Buteos Regalis has no interest in taking a human mate. His kind believes humans are dirty, vile creatures who rely on machines to lift them into the air. The last place he wants to go in search of his mate is Earth, but he’s left no choice. Never did he expect to find love on a planet with one moon, people who lack wings and a stubborn vixen who makes his heart soar. When he does, he fears the truth about who and what he truly is will steal it away. Little does he know his enemies fully intend on doing the taking. 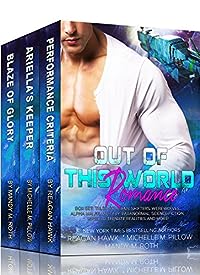 Out of this World Romance Box Set
Mandy M. Roth

New York Times and USA Today Bestselling Authors present out of this world alpha males looking for love in all the unusual places.

Performance Criteria by Reagan Hawk: What do you get when you have an IQ that is off the charts, the inability to let go of someone you love and a lot of spare parts? The man of your dreams, of course. Dr. Aeron Braxton is on the verge of unveiling her newest creation–a droid who can pass as either human or Vanos. An alien race took the man she loved away from her, but her revenge is at hand. Aeron has rebuilt Brad into a living, breathing killing machine she hopes will save the outer quadrants from a mass Vanos invasion. Too bad the brilliant scientist didn’t calculate the probabilities of love getting in the way.

Ariella’s Keeper by Michelle M. Pillow:  When his father threatens to take away his research facility’s funding if he doesn’t come home, Dr. Sebastjan Walter has no choice but to do so. This isn’t just a family reunion. It seems his father has arranged a marriage–Sebastjan’s. Seeing his chance to make one last final deal to get his father out of his life, he agrees to marry the off-plane woman. After seeing her, he can’t help but think he’s made the better bargain.? Ariella has been held prisoner by the Medical Supreme since he cured her of a childhood illness. Forced to stay in his home as his ward, she has no choice but to do whatever he wants. When he demands she marry his son, Ariella finds this is one order she might not mind obeying.

Blaze of Glory by Mandy M. Roth:  Sheriff Jonathan MacSweeny is in charge of keeping the peace in Prospect Springs. Frontier living isn’t what it used to be. It’s hard to survive in the New Old West and it’s even harder when your area doesn’t exactly embrace supernaturals–and you howl at the moon. That being said, he’s good at his job and has a reputation with the ladies. When he learns his childhood sweetheart is to be married off to the town sleazebag, he goes in guns blazing to see to it she’s his. Problem is, Molly isn’t the same girl he remembers from ten years prior. Now she’s a gun-toting, foul-mouthed, vixen with a badge of her own.? Special Marshal Molly Cogan never planned to set foot back in Prospect Springs. When her friend gets the harebrained idea to steal her identity in an attempt to protect her from the bounty the outlaws have on her head, Molly finds herself standing right smack dab in the middle of chaos–or home in her case. It isn’t long before Jonathan is there, flashing that famous MacSweeny boy smile and tempting her in ways she wasn’t prepared for. This heart-hardened Marshal has her work cut out for her if she plans to face her past fears and her past sweetheart.