A Face From The Past

Critically-acclaimed author Ed Kovacs presents his most heart-stopping, can’t-put-it-down spies & politics thriller to date. In Kovacs’ latest nail-biter, when a former NSA analyst is targeted for assassination by rogue elements of the Chinese and U.S. governments, she’s forced to team with a renegade CIA spy and fight back using technology to extract the ultimate form of justice. The tension and suspense locks in on the first page and doesn’t let up until the last. 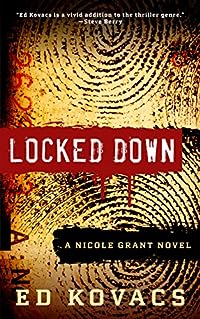 While on a carefree vacation in Hong Kong, a former analyst and computer engineer with the National Security Agency has one concern: bargain hunting. Thirty-year-old Nicole Grant is a methodical planner and leads a carefully structured life working in the private sector for an IT security firm. She works behind a desk, plans out every hour of every day, and almost never succumbs to impulse. But when a face from the past shows up — a past when she was involved in super-secret high-tech espionage for the American government — her bargain hunting excursion turns deadly and now it’s she who’s being hunted. Nicole’s safe, meticulously constructed world is instantly turned upside down. An engineer with a technological mindset who’s been a life-long desk jockey, she’s forced to go on the run and team with a sketchy CIA spook named Ron Hernandez, a troubled former special operations soldier who may or may not be a saving grace. As she fights back using what she knows best — computers — to stay one step ahead of her pursuers, Nicole comes face-to-face with a searing family guilt she has carried for years. Beyond that, if she and Hernandez are to beat the odds stacked against them, not only must Nicole learn how to operate in the field, she has to learn how to throw the plan out the window and improvise in the face of overwhelming obstacles.

The sixth thriller novel from Ed Kovacs, LOCKED DOWN, is a new addition to the time-honored espionage, suspense, and tecnothriller traditions of Robert Ludlum, Michael Crichton, David Baldacci, Vince Flynn, and Brad Thor.