Thoughtful and enchanting, bestselling author Adria J. Cimino’s novels will transport you to another world with her compelling characters taking you on a journey of the heart. Enjoy! 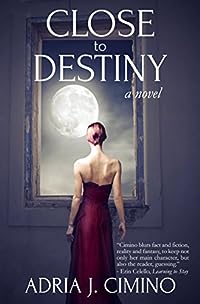 To find her soul mate in the present, a young woman reaches back to a love story more than a century ago in England. Kat has been too busy fighting the demons of her past to focus on love. But when she meets an intriguing new man, Will, in London her world is turned upside down. She feels she’s seen him before, but knows she hasn’t. Or has she? An enigmatic woman named Destiny, saying she has a secret to share, whisks Kat and Will off to midnight parties where champagne flows freely and nothing is what it seems. And then there are those dreams that unfold in an elegant 19th century English castle… Torn between fear of the unknown and fascination at what might happen between her and Will, Kat must decide: Should she run away, or should she seize this opportunity to change her life and find true love?

Alternating between the reality of day and the mystery of night, Close to Destiny by best-selling author Adria J. Cimino is a time travel romance story of déjà vu and righting past wrongs that will delight fans of authors like Susanna Kearsley and Kristin Hannah. 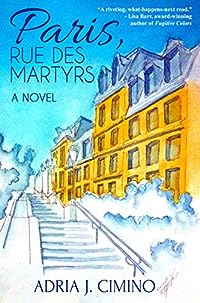 Amazon Bestseller in Literature & Fiction Some encounters make a difference…

Four strangers in Paris. Each one is on a quest: to uncover a family secret, to grasp a new chance at love, to repair mistakes of the past. Four stories entwine, four quests become one, as their paths cross amid the beauty, squalor, animation and desolation of a street in Paris, the rue des Martyrs. Rafael’s search for his birth mother leads him to love and grim family secrets. Cecile’s view of herself as an unsatisfied housewife is radically changed by the promise of a passionate liaison. Andre, an aging actor, troubled by the arrival of the son he abandoned years ago, must make a choice, to either lose his son forever or put aside pride and seek redemption. Mira travels to Paris to begin a new life and forget about love… or so she intends. Four strangers, four stories, one riveting novel. 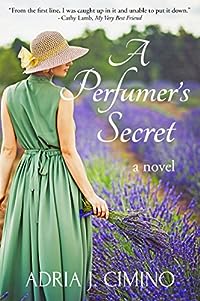 The quest for a stolen perfume formula awakens passion, rivalry and family secrets in the fragrant flower fields of the South of France…

Perfumer Zoe Flore travels to Grasse, perfume capital of the world, to collect a formula: her inheritance from the family she never knew existed. The scent matches the one worn by her mother, who passed away when Zoe was a teenager. Zoe, competing to create a new fragrance for prestigious designer Cherone, believes this scent could win the contract — and lead her to the reason her mother fled Grasse for New York City. Before Zoe can discover the truth, the formula is stolen. Philippe Chevrefeuille, the enigmatic competitor who makes her heart race, is the only one who can help her find it. But Zoe is in no mood for romance, or at least that’s what she tries telling herself. Philippe knows that winning the Cherone fragrance contract is the way out of his mid-level perfumery job. And he has the ambition and ego to make it happen. Until Zoe enters the picture. In an instant, he’s under her spell and losing his grip on his own creativity. If Philippe hopes to win, he must keep Zoe from finding the missing formula. But can he betray his own heart? The pursuit transforms into a journey of self-discovery as each struggles to understand the complexities of love, the force of pride and the meaning of family. 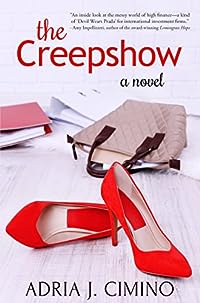 An empowering story of friendship, love and one woman’s fight against workplace discrimination.

Wanda Julienne was the perfect employee. Until she had a baby. Wanda, a thirtysomething single mother, would love to spend more time with her newborn daughter, and maybe even rekindle the flame she once had with her baby’s father. Instead, she’s stuck fighting discrimination and harassment at her horrid job. After maternity leave, Wanda returns to her fund manager position and finds her world turned upside down. Suddenly, everything she does seems wrong — at least in the eyes of management. Add in a dose of sexual harassment, and Wanda, who can’t afford to lose her job, is trapped. At home, the situation isn’t much brighter. Wanda struggles to balance her baby’s needs and her tough work schedule. Her best friend, Galina, and the ex-boyfriend Wanda never thought would return, Max, offer support, but the attention only suffocates her. Wanda turns her back and isolates herself, submerged in a downward spiral, until Galina suggests a way out — but the exit won’t be without drastic consequences. A novel of the glass ceiling: one working mother’s story of fighting sexual harassment, employment discrimination, workplace bullying and sexism so that she finally has time for her baby — and a chance at love. 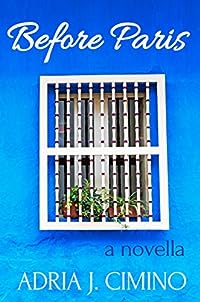 Before the lives of four strangers collided in Paris, there was one young man. Rafael, son of an emerald broker in Colombia, eventually finds his way to the City of Light. But why? One fateful and dangerous night in emerald territory, he learns his father was carrying a secret. And the key to unlock it can only be found in Paris. If you like contemporary and literary fiction, pick up this novella (a prequel to Amazon Best Selling Novel Paris, Rue des Martyrs) today… you’ll be dying to find out what happens next!