I Want A Recount

With all the anti-aging creams I put on my face, I should look like I am 20. I’m a little confused as to why I don’t look twenty. Even if all the creams I use only work a minuscule amount, just with the shear amount of different creams used should add up to have quite an impact. That seems to work with my weight when I only eat just a small bite of cake or a slender slice of pie. it all adds up on my hips. Why on Earth doesn’t that work with anti-aging cream? Something isn’t adding up. 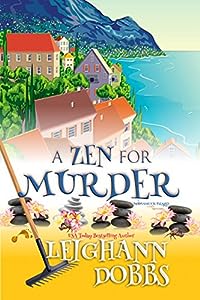 Tourist season is about to start, and murder is the last thing on the minds of the locals in Mooseamuck Island, Maine… but that’s about to change. When local psychic Zoila Rivers is found dead at the zen garden, retired police consultants Dominic Benedetti and Claire Watkins are forced to team up to catch the killer. Too bad Claire and Dom don’t always see eye to eye. But with an island full of locals who all have secrets, Claire and Dom have to put aside their differences in order to solve the case before the police arrest the wrong person and a killer goes free. Will Claire and Dom figure out whose secret was worth killing for in time to stop the killer from claiming another victim? 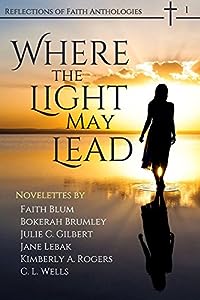 Get ready to expand your reading palate! Six authors, six genres, six bite-sized stories of women living out their faith in ordinary and extraordinary circumstances. When the heart is willing to follow, where does the light lead? Sample Old West justice. Watch a romance unfold over light years. Laugh as an introvert finagles her way out of a bridal shower. Agonize with an FBI agent as she negotiates for a child’s life. Imagine a shape-shifting cat who tracks down a kidnapper. And peek behind the scenes as a guardian angel argues with a double-talking auto mechanic. Learn again that the light of faith can lead you anywhere.

That’s How She Rolls by C.L. Wells Tessa, a self-conscious introvert, attempts to avoid a party and everything goes wrong. When a handsome stranger offers to lend a helping hand, she isn’t sure things will ever be right again.

Leopard’s Find by Kimberly A. Rogers Ever wonder what your favorite characters were doing before you read about them for the first time? Sparks fly whenever Raina and Baran from The Therian Way are together. But what exactly was she doing before she met him? Whatever Raina’s up to, it’s never boring.

Upsie-Daisy by Jane Lebak Did you know guardian angels have a sharp sense of humor? It’s a requirement for the job, otherwise they’d run screaming instead of dealing with us. If you’re new to the Lee and Bucky stories, welcome to the world of sarcastic mechanics and pun-slinging angels. This story takes place about four months before any of the full-length novels, that way you can dive right in.

Circular Horizon by Bokerah Brumley As a speculative fiction writer, I’m forever intrigued with the ‘what if.’ For instance, what if there was real-world science fiction featuring a God-fearing astronaut? This brain-wandering led to a story, and I briefly explore this idea with Mae McNair in Circular Horizon.

‘Tis So Sweet by Faith Blum Eleanor Miller has always loved her younger brother, even through all the bad things he has done. But when he almost kills a man, she needs to let him go and trust God to draw him to Himself. Will she find out how sweet it is to trust Jesus in everything, no matter what happens?

The Quinn Case by Julie C. Gilbert Law enforcement’s a tough career to make it in both physically and emotionally. The Quinn Case takes place several years before the events in Heartfelt Cases Book 1: The Collins Case. Herein, you’ll meet a young FBI Special Agent named Ann Davidson who must find a missing child even as she struggles to put another case behind her.

Immerse yourself in six clean, sweet, Christian novelettes in this awesome multi-author anthology fiction box set… and maybe encounter your next favorite author! 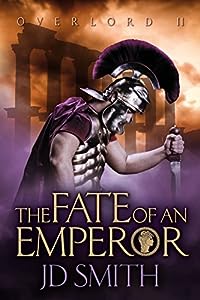 The Fate of an Emperor (Overlord Book 2)
JD Smith

My name is Zabdas: a brother, protector, soldier and sacrifice. I am a defender of Syria. I shall tell you the story of my beloved Zenobia: fearless woman, determined wife, Warrior Queen of Palmyra… Seventy-thousand Roman soldiers have marched to Syria in a bid to scourge the land of Persian invaders. But Emperor Valerian fails to win the war raging on the eastern frontier, and both Syrian and Roman forces are pushed back behind the walls of Antioch, their protection and their prison. Crushed between two warring empires, Zenobia and Zabdas are ordered on another mission, deep into enemy ranks, to deliver terms to the King of the Persians, and pray they will not be flayed alive. But all is not what is seems. More than one person is intent on betrayal… 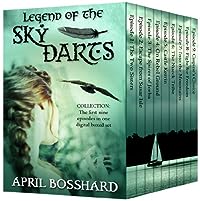 In a world that has lost its magic, one girl is destined to find it…

Fifteen and fearless, Caspine would do anything to escape her unwanted fate on a remote island at the edge of the Archipelago of Ligarel. She gets her chance when a mysterious six -foot raven-like bird called a Sky Dart leads her a pair forbidden statues. There, she finds and rescues a foreign prince left for dead. Prince Torin is from Kabira, a savage nation on the brink of war with Ligarel, and by rescuing him, Caspine not only ignites the war between their countries, she also thwarts a vengeful magician’s search for a lost medallion that is the source of the world’s original magic. With the help of a Sky Dart named Raya, Caspine embarks on a quest to recover Torin’s crown, find the medallion, and put a stop to the war. But nothing can prepare her for the truths she has to face and the sacrifice she has to make that will alter the world’s destiny and fulfill her own. 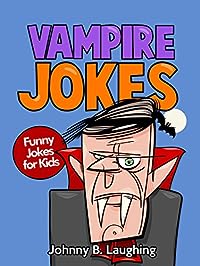 Funny and Hilarious Halloween and Vampire Jokes for Kids!

Joke telling is very fun and can bring a smile to the face of others. Kids love jokes! Jokes can aid in story-telling, create laughs, and help with conversation and social skills. Your child will love this hilarious joke book full of clean jokes about vampires and Halloween.