What I need is a mini-van. I am hauling kids and lots of bulky stuff, every day, all the time. I want a mini-van. They are so… let’s face it, they are so awesome. With the hidden storage and video screens for each passenger, sliding doors on each side. People laugh at them, but those who own them are rolling in luxury. I don’t want to want one. Will I loose my cool card? I KNOW I don’t have a cool card, but if I got a minivan all chances would be lost. I took two extra trips to the baby bassets school yesterday because I couldn’t haul the kids and all the stuff for the walk-a-thon in one trip. If I had a minivan I would have done it all in one trip and been home in time for a bubble bath. That’s what I picture. All those minivan owners with all the extra time, taking bubble baths. CALGON! TAKE ME AWAY! 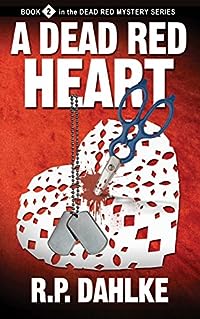 When a troubled, homeless veteran covers her vintage Cadillac with paper snowflakes, Lalla Bains, decides a showdown is needed, but that doesn’t mean she wants the man to drop dead at her feet — with a pair of blue handled scissors sticking out of his chest. Though the police ignore his last puzzling poem, Lalla sees it as a clue and decides that someone needs to be on the side of this misunderstood man, and that person will be the exasperating, pushy, tenacious, Ms. Lalla Bains, which begs the question: What would you do if the love of your life lost their chance for a heart transplant because the donor organ went to a convicted felon? Grieve and let go? Or wait for your chance at justice and revenge? 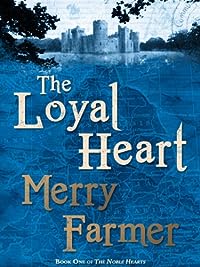 Lady Aubrey has a problem. Several problems. Her childhood love, Ethan, has returned home from the Crusades, but he’s more interested in winning his land back than wooing her. She has to rescue a pair of nuns who are being held prisoner in Derby Castle’s tower by the sadistic Sheriff Buxton. And to top it all off, she’s developing scandalous feelings for Buxton’s lackey, the dark and devilish Crispin. Faced with all that what’s a girl to do but don her disguise as the Derbywood Bandit and take matters into her own hands? Sir Crispin is at his wit’s end. Not only does he have his hands full keeping Buxton from killing half the shire, now his arch nemesis, the Derbywood Bandit, has joined forces with his old rival, Ethan. And that’s nothing compared to the burning torch he carries for his ex-fiancé, Lady Aubrey. He would do anything to win Aubrey’s love… … until he suspects that there could be a closer connection between Aubrey and the Derbywood Bandit than anyone has guessed. 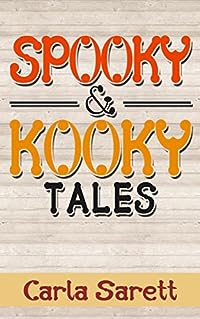 Slipstream, kooky comedy and plain old spooky in this collection– with yes, three cat stories for the feline-inclined (one robotic, one demonic, and one who’s very picky!) From tales of confused rabbis to reality TV producers, you’ll meet a host of spooky and kooky characters. 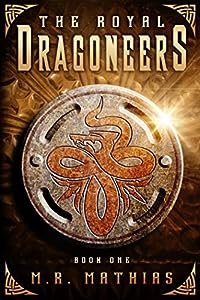 After struggling for more than two centuries to tame the inhospitable, dragon infested Islands where they washed up, the descendants of the survivors of a lost passenger ship are now striving to tame the Mainland they have found. But the Goblin King, an Ivory antlered demon called Gravelbone, has a different plan for the men who are invading his territory. He and his Nightshade are rallying the trolls to defend their lands. With the help of the dragons, goblins, and orcs they plan on rendering the wall the humans have built useless, so that they can drive man back to the islands from where they came. When stubborn King Blanchard finally accepts that the kingdom really is under attack it may be too late, and the only ones who can save the people on the Mainland have been locked away in the dungeon. Join some brave young men and their mentor, a grizzled old King’s Ranger, and a particularly clever young magic wielding woman, as they traverse the wild frontier, and sail to King’s Island to warn the King of the warring trolls. Then hold on for your life as you tear through the pages, because the pure blooded dragons they have befriended have another plan altogether.

YOUR BEST FRIEND IS DEAD ON HIS LIVING ROOM FLOOR

Suddenly you’re jerked into a scene right out an intense action thriller book. You’d planned a transpacific adventure with him and other close friends on your huge, historical sailboat. Without mercy, you’re locked into a nightmare like an FBI thriller, a CIA black ops story and a detective crime book all rolled into one.

You’ve seen clearly that billionaires are as tedious as any other financial stratum. Bored with making money and the lammo conversation of the rich and famous; you have retreated to your Texas ranch and re-channeled your energy into raising outstanding quarter horses.

YOU ARE A FORCE RECON MARINE, RETIRED

You are a lethal engine designed not just for combat, but intense mental reconnaissance while fighting.

With huge thrust the Trillion Dollar man books begin and explode right off the page. Don’t kill anyone’s best friend and for sure, not a Force Reconnaissance Marine’s.