I am so thrilled to announce author Maria Schneider’s new release, One Good Eclair: A Nutrition Mafia Mystery. To celebrate, the boxed sets for her other two series, Moon Shadow – paranormal mysteries, and Sedona O’Hala humorous mysteries will be on sale for only 6.99, and Dragons of Wendal is on sale for only 99 cents!  Ms Schneider’s characters, plots, and pacing all add up to engaging books that will entertain you from beginning to end. All the novels in her series remain fresh throughout. Enjoy these special deals while they last! 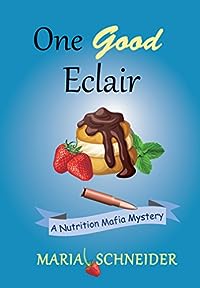 Ivy is determined to make her living as a nutritionist, but her family has other plans. When that family is the mafia, and one of them has gone missing, all other jobs are summarily pushed aside. Or else. Ivy can’t trust anyone outside of the family, but Slate is not only willing to help, he’s the last person to have seen her uncle alive. It only makes sense to keep her eye and gun on Slate while they hunt for clues. Watching him is easy because Slate is more than happy to keep her close, but is he leading her away from her uncle or truly helping? Ivy can’t cook her way out of this mess, but she has a recipe or two for dealing with disaster — if she can just put the fires out before she gets burned! 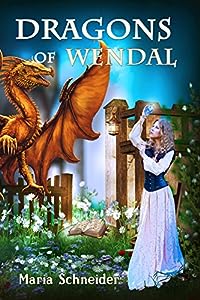 Learning new magic isn’t as easy as Zoe expected, especially when the mages at Gorgon University seem dead set against teaching. Add in some necessary late-night sneaking about, and Zoe is almost certain to be kicked out. No one in their right mind would view going to Wendal as a good alternative, but that’s where Zoe ends up after she accidentally gains the attention of both a dragon and a wolf shifter. To regain her freedom, all Zoe has to do is unravel one very large curse that has befallen Lindis, the dragon. And then there’s the wolf, Derrick. He’s more than happy to protect Zoe from the dragons, but what might he demand in return?

Dragons of Wendal was inspired by the short story, Snitched, Snatched, which is still available in English and Spanish in one e-book. The English version is included in Dragons of Wendal as the prologue. DragonKin is book two in the series. 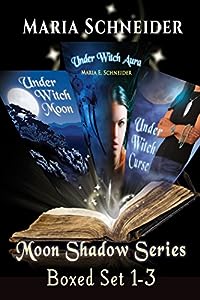 The Moon Shadow Series Boxed Set contains the first three novels in an urban fantasy series filled with mystery and intrigue: Under Witch Moon, Under Witch Aura, Under Witch Curse.

Under Witch Moon: When dead bodies start turning up Adriel has no choice but to talk to White Feather, an undercover cop. Unfortunately, Adriel is a witch and White Feather isn’t convinced she’s innocent of wrongdoing. She’s going to have to talk fast–and set spells even faster if she expects to survive.

Under Witch Aura: There’s an ill wind blowing, and it’s touching every witch Adriel knows, including White Feather, who is far more important to Adriel than just any warlock. Adriel will do what she must to keep those she loves safe, but if she lures the enemy away, will she be able to save herself? Her only hope is to use earth magic to hide from the very air she breathes as she hunts down an untenable evil.

Under Witch Curse: Zandy, the wily coyote, is back in town, and he’s out for blood. Someone had better find him fast because the body count is rising. With White Feather to help, Adriel expects life to get easier, but the relationship comes with surprises. This time, Adriel might just need more than solid ground beneath her feet and the wind at her back. 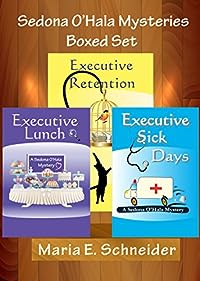 Sedona has more than her share of family problems, career challenges and mysteries to be solved.

Executive Lunch: Sedona is given the opportunity of a lifetime: play an up-and-coming executive with all the trappings of wealth with someone else footing the bill. The catch: find out who is stealing company funds before the criminals find out that their program is being debugged. Sedona runs into danger, the corporate glass ceiling, and an occasional chance at romance in her quest.

Executive Retention: After solving one case of corporate crime, Sedona expected to get her peaceful life back. Problem: She is still a manager at Strandfrost, and there is still rampant jealousy over her promotion. Is the danger of being railroaded by her not-so-illustrious colleagues worse than taking a new undercover job from Steve Huntington?

Executive Sick Days: Steve Huntington has a way of offering jobs that are too good to be true. Mark Huntington makes offers too good to turn down. Sedona has a habit of being caught in the middle; somewhere in the proximity of bad guys with guns and family members she is trying to avoid. Good thing the latest case involves a hospital. Then again, not all hospital personnel are interested in the lasting health of the patients… or that of their co-workers. 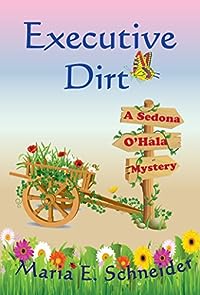 Sedona happily turns down Steve Huntington’s latest undercover project when Mark gets her a fantastic job testing advanced cell phones. But if the dead body of her co-worker is any indication, the new job may not prove to be any safer than Huntington’s covert assignments. Sedona finds herself knee-deep in dirt and tangled in clues that unravel faster than the baby bib she is supposed to be sewing for her niece. Her parents are in town to visit the new baby, and Mark has decided it’s time for Sedona to meet his mother. Can she somehow endure family interferences and stay alive long enough to solve the case?