Unlike anything readers have encountered before, this collection by author Sherri Schoenborn Murray, enchants you as it captures you and twists you into the story before you realize what’s happening. Enjoy! 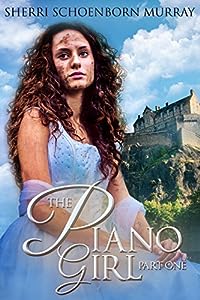 She plays from memory. Her memories. This is part one of The Piano Girl, the first book in the COUNTERFEIT PRINCESS series. The day after her sixteenth birthday, Princess Alia finds out that she’s been given away in marriage to a man she’s never met. The war has just ended, and for Alia’s protection, she must travel to her future kingdom disguised as a chicken farmer’s daughter. This princess-to-pauper fairy tale-like story is filled with problems, prayers and plenty of piano.

This is Part One of a two-part series. Part one and two are combined in paperback and audio. The second book in the series, The Viola Girl is now available on Amazon. 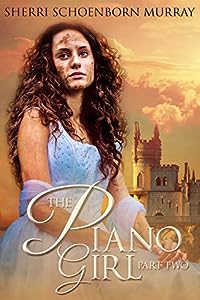 This is part two of the The Piano Girl, the inspirational series: COUNTERFEIT PRINCESS. She plays from memory. Her memories. The continuing saga of a girl, a boy, and the future of a kingdom. This princess to pauper story is filled with prayers, promises and plenty of piano.

Part one and two are combined in paperback and in audio on Audible. The Viola Girl, the second book in the Counterfeit Princess Series is now available. 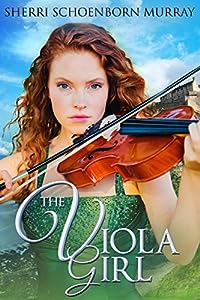 THE VIOLA GIRL is book two in the inspirational fiction series: COUNTERFEIT PRINCESS. She plays from memory just like her sister. Her memories. Princess Wren begins a journey to Yonder to see Alia, her older sister, and to say the goodbye that was never said. Alone, and only fifteen, she has many lessons to learn, including one that costs Wren her heart. This prodigal daughter story is filled with problems, prayers, and plenty of romance. It can be read as a stand-alone, but the author recommends reading The Piano Girl first.