The End Justifies The Meanie

Today is the big day. The day I have been planning for since last June. My baby basset’s school walk-a-thon is one of the two biggest fundraising events of the year and there is no pressure at all. GULP! I really want to make this a successful event. I wonder if I could chase the kids around the track screaming scary things at them to make them go faster, so they get more laps. More laps mean more money for the school. It would probably be wrong, right? So no chasing? Are we really sure about that? 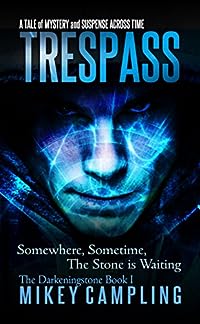 Trespass: A Tale of Mystery and Suspense Across Time (The Darkeningstone Series Book 1)
Mikey Campling

Not just an ordinary Time Travel Adventure. Three parallel stories spanning five thousand years, united by one deadly secret: Somewhere, sometime, the stone is waiting. Trespass combines gritty, edgy modern-day action with a thrilling adventure across time. Discovered over 5,000 years ago, the Darkeningstone affects everyone who finds it. These three parallel stories are set in the modern day, 1920, and 3500 BC. But what will happen when these different worlds collide? How will the tales unfold? And when it finds you, what will you see when you look into The Darkeningstone?

Get ready to meet some of the most compelling characters you’ve ever had the pleasure of knowing. Love, Magic, Adrenaline features everything from werewolves battling for their place in the world to half-breed demons struggling against the darkness within to ancient elemental beings and conflicted fae. Add in a smattering of demigods, vampires and primeval magic forces, and you have the recipe for not just one or two, but ten compelling reads.

Reborn – Dean Murray Jace, the new arrival at Selene’s school, seems perfect, but there’s more to him than meets the eye. Jace is part of an ancient war between immortal beings who return to fight again after being killed, and if Selene lets herself fall for him, she’ll be sucked into a fight she can’t win.

Wings of Shadow – Anna Kyss When Meghan Kelly, eighteen-years-old and backpacking across England, descends into the century-old stone tunnels of the Underground, she plans on a hot date at a secret nightclub. Instead, she finds herself imprisoned and in a fight for her very survival.

Thrall – Jennifer Quintenz Braedyn is a high school girl struggling to find her path and falling in love for the first time when she discovers she is a descendant of Lilith – an enticing demon who preys on the souls of mortal men. Now, Braedyn must choose between embracing her Lilitu powers or joining humanity in an ancient war between the Sons of Adam and the Daughters of Lilith.

Lichgates – S.M. Boyce The final page will leave you breathless. Welcome to Ourea: a world of magic, monsters, royalty, betrayal, and a long-lost book of magic. Only the cunning will survive.

Dreamscape – Christie Rich Orphaned Amelia Blake wants nothing more than to escape into her dreams where a handsome stranger waits for her every night, until the night he comes to take her into his realm — a dark, dangerous place filled with creatures eager to steal human souls. Amelia must learn to trust this strange, enigmatic man before the world falls into never-ending darkness and she loses any chance she has to find love.

Dirty Blood – Heather Hildenbrand Sometimes family can be the death of you… 17 year-old Tara Godfrey’s normal life is uprooted when she comes face to face with death threats, werewolves, and family secrets in a single night. Her only ally? The hottest, most mysterious werewolf she’ll ever meet. And he doesn’t like her already.

Memory’s Wake – Selina Fenech A troubled sixteen-year-old is lost and hunted in a land magically isolated from the rest of the world, filled with monsters, fairies, and dangerous secrets. She must find out who she is and why her memories were stolen before she is found by those who want her dead.

Shadow of Time: Dark Dreams – Jen Minkman When do dreams erupt into reality? After Hannah, vacationing in Arizona, meets handsome Josh from the Navajo reservation, she experiences disturbingly vivid nightmares about the Navajo nation’s past.

Silent Orchids – Morgan Wylie Haunted by unfamiliar images and family secrets, 18 year old Kaeleigh has been seeking answers about who she is. She never expects those answers to come in the form of a warrior Faerie, or from a journey to another realm that will forever change her, her life, and the land she’s been called to.

Bound by Prophecy – Melissa Wright Aern’s only job is to protect the chosen. Emily just wants her sister back. Together they’ll take on destiny. 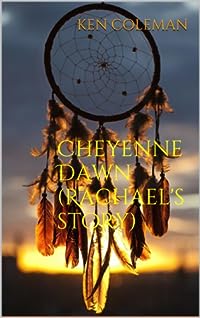 When the daughters of Rachael Wheeldon are abducted by Cheyenne Indians, she is tricked into following on foot by the leader of the kidnappers only to be left alone and defenceless in the wilderness. After reaching the point of no return, she is left with no option than to doggedly, push ahead across the vast plains and try to locate her children. After days with little water and no food, she finally succumbs to exhaustion, dehydration and near death. So it is to her complete, surprise that her savior turns out to be the impressive leader of the Cheyenne kidnappers, Tall Bull. Later, Tall Bull, saves Rachael and her daughter from a fate worse than death after they are captured and abused by the violent and repulsive killers who had shot and scalped his friends. The grateful woman and her daughter, form an unlikely alliance with the Indian in their quest to prevent an army of killers from massacring the women and children of an entire Cheyenne village. During their journey, Rachael finds that she is drawn to the impressive and ruggedly handsome, Indian more than she cares to admit. To Rachael, he is a complete enigma but one she finds disturbingly, attractive. That is when he is not tossing her into freezing cold rivers or spanking her butt just for the hell of it, whilst the next, he is tenderly and lovingly, taking care of her. However, they both come to realize that a spark has been kindled and as their journey progresses so does the fire that is beginning to burn in both their hearts. This is the story of a woman’s search to find her children and the unlikely alliance she forms with their kidnapper as they make an epic journey with many adventures, across the Great Plains of Kansas and Colorado. The longer they dwell in each other’s company, the closer they become as the three of them journey west facing danger at every turn.

Although violent and often harrowing, this is essentially a love story set in 1875 when there was much resentment between Native American and white settlers, resulting in more than one massacre of innocent women and children of various tribes of Indians. Although this is a work of fiction, history tells us that such atrocities happened. One notable example was Custer’s raid on peaceful Cheyenne people in Colorado, resulting in the deaths of numerous women and children. This is a sequel to, “Revenge and Chameli Gonzales.” But is also a complete story in its own right. 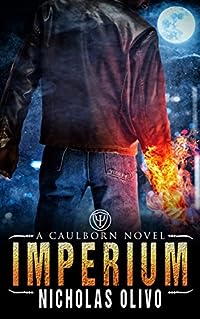 Vincent Corinthos has two things going for him: he’s a top operative of a secret agency tasked with handling paranormal threats, and he’s half-god. Normally that’s a combo that leaves him well-equipped to handle any problems that come his way. Until now. Something is snatching Boston’s most powerful paranormal entities right off the streets. Vampires, lycanthropes, fae, gremlins – no one is safe. No ransom notes, no bodies, no witnesses. Rumors swirl about a secret project that’s experimenting on paranormals. Then a fellow agent disappears and things get personal. Aided by a new partner and a hyperactive gremlin with an appetite for junk food, Vincent must find the missing paranormals before everything he cares about falls under the control of Project Imperium. 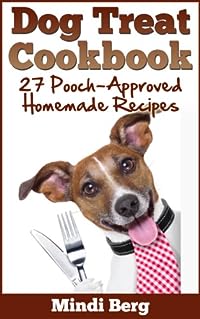 Dog Treat Cookbook: 27 Pooch-Approved Homemade Recipes Are you looking for ways to pamper your pooch & show him just how much you care? These tasty homemade dog treat recipes are guaranteed to get tails wagging & mouths watering! In her Dog Treat Cookbook, Mindi Berg shares 27 of her favorite dog treats that are fun and easy to make. Pick up a copy today of these pooch-approved recipes that your dog will love!