A Ghost When You Need One

Author E.C. Bells fast-paced paranormal mysteries are filled with wonderful characters that will win you over immediately and leave you hoping for more. Enjoy! 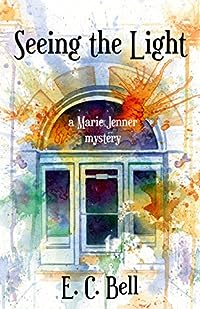 Marie Jenner has never had much luck. Her job sucks. Her apartment — the one with the unbreakable lease — has a ghost. And worst of all, her mother won’t let up about her joining the “family business.” Since that business is moving the spirits of the dead on to the next plane of existence and doesn’t pay at all, Marie’s not interested. She wants a normal job — a normal life. That’s not too much to ask, is it? Apparently, it is. Even when she applies for the job of her dreams, Marie doesn’t get what she wants. Well, not entirely. She does get the job — but she also gets another ghost. Farley Hewitt, the newly dead caretaker of the building, wants her to prove his death is not an accident, and she’s pretty sure he’s going to haunt her until she does. All she wants is normal. She isn’t going to get it. 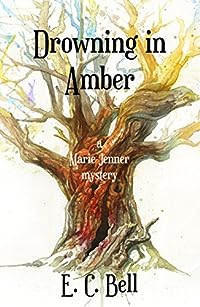 Marie Jenner is at it again! In this fast-paced paranormal mystery, the second in the Marie Jenner Mystery series, amateur sleuth Marie Jenner tries–one more time with feeling–to pull her life together. She takes on the case of Honoria Lowe, a woman of interest in Eddie Hansen’s gruesome murder by crucifixion. Since Marie knows where Eddie Hansen’s spirit is, she figures it will be a slam dunk. All she has to do is ask him who nailed him to the tree, and she’ll have one in the win column for her more or less boss, James Lavall. But, James thinks Honoria’s either crazy or lying, and doesn’t want to take her case. Worse than that, Marie can’t find Eddie. He should be right by the crucifixion tree, but he isn’t. Of course. There’s never a ghost around when you want one. 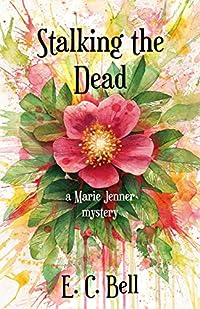 Marie Jenner is going home. When Marie’s slightly-more-than-boss, James Lavall, decides it is vital that he speak to her mother, face to face, about Marie and all her secrets, she follows him to Fort McMurray to make certain that he doesn’t learn everything about her life before Edmonton. What Marie doesn’t realize is that her stalkery ex-boyfriend, Arnie Stillwell, has gone home, too. And he’s managed to get himself killed, just about the time James rolled into town, making James “a person of interest” in the Stillwell murder investigation. Marie’s going to have to figure out who really killed Arnie to get James off. She’s also going to have to figure out a safe way to move Arnie’s spirit on to the next plane of existence, because the last thing she needs is for him to go all stalkery on her now that he’s dead. Murder can really put a kink in a Jenner family reunion. 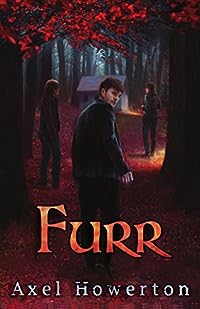 From the South three sisters fair ran athwart the gloom. Dressed of fur and fierce of tooth… the maidens of the moon. Jimmy Finn is having a real bad day. He woke up drunk and on the wrong end of a nightstick. He lost his job, and had to see his shrink. Now the cops are after him, he’s falling apart, and his only friend is a volatile drug lord. How could it get any worse? As smoke envelopes the city, he finds himself on the run, and out of time. He’s either losing his mind, or becoming a monster. Or maybe it’s both. Jimmy Finn has one last hope. A long-buried family secret, lost above a mysterious town in the mountains, full of bizarre shadows and a strange girl that haunts his memories. 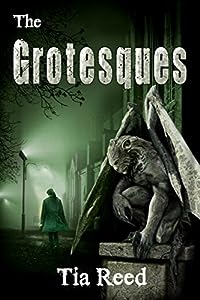 Discredited journalist Ella Jerome isn’t thrilled about working at Adelaide’s fanciful tabloid the Informer. So when zoologist Adam Lowell seeks her help in finding his missing cousin, she’s cynical of his claim a monster lurks near the Church of the Resurrection. The trouble is, solving the gruesome case could be her best shot at restoring her reputation. With her old instincts resurfacing, Ella combs the Port for clues. Experience tells her the only monsters are the human variety, and the bloodied stonemason certainly raises her suspicions. But when her investigation turns up everything from petrified remains to the headless carving of a dragon, the truth threatens to steal both her sanity and the man she’s falling for. After all, gargoyles can’t be anything other than harmless stone. Or can they?