The Seasons Mail Order Bride series by Annie Lane are clean sweet western cowboy romances that can be read as standalone books or as a series. Beautifully written, each one in the series flows easily from novel to novel. Lane brings to life the beauty of Montana with a concise way of writing, and by no means is it too abrupt. She conveys the thoughts of each character with grace and laughter.  Enjoy! 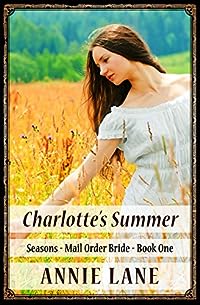 Seattle orphan Charlotte Bates is horrified when the evil Mr Graynger informs her that on her upcoming 18th birthday, she WILL become his wife. But Charlotte simply can’t marry him… she won’t! He is vulgar, putrid and disrespectful – not to mention, over three times her age. With help from her best friend Beth and the kindly Mistress Belle, Charlotte is soon heading east to marry young farmer Thomas Ackerman in Conrad, Montana.

As her life in Conrad unfolds, Charlotte meets a wonderful mix of townsfolk, including her future husband Thomas, the lovely Louise, the interfering Mabel, and, an adorable 8 year old named Junior. But even in Paradise, life doesn’t always turn out the way we might hope or expect it to. Has Charlotte jumped from the frying pan into the fire? Or might she learn that amidst the mud and the blood and the tears, romance and love can materialize in the most magical, unexpected ways. 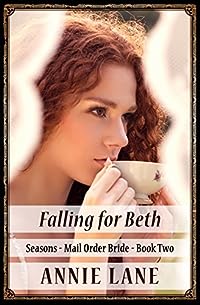 Red-haired orphan Beth Edwards is both thrilled and flattered to receive a letter — personally asking her to become Earl Mason’s bride. Not only has it been adorably written by his 8 year old son Junior, he’s also from Conrad, Montana and that’s where her dearest friend Charlotte has recently married and settled. Beth sets off to Conrad, looking forward to a new life and a new family. But little does she know that Earl knows nothing of his impending marriage, not only that, but after the passing of his dear wife Grace, the man had made a promise to himself, never to marry again! His son Junior, however, wants a new Ma to love and has other plans – and so too, does Earl’s lonely heart. 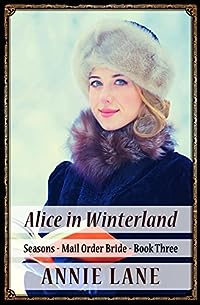 All Alice Hamilton wants is a happy family life. But after her father is murdered, and Alice becomes the object of a manhunt, she must flee, and fast! So flee she does – from Texas to Seattle, and then to Montana – into the strong arms of blacksmith Gabe Calhoun – to become his mail order bride. At least, that’s what she hopes… Unfortunately, Gabe’s mother, for reasons of her own, takes an instant dislike to his bride-to-be, Alice. Will Gabe be able to risk his Ma’s disapproval and marry his sweetheart? Or might distrust, gossip and accusations intrude, and threaten to tear their family apart. Everyone has a lesson to learn – Gabe must learn to be his own man; his mother must learn to let go of her only child; and most importantly, Alice will learn that while she can run, no one can hide from their fate, not forever. 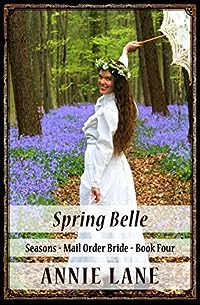 Miss Belle Saunders feels trapped in a life of servitude as Mistress of Saint Anne’s orphanage. Her selfish boss, Mr. Graynger hasn’t given her a day off in over a decade. In desperate need of a change of scenery, Belle decides it’s time to visit two girls previously under her care – Charlotte and Beth, recently married and settled in Conrad, Montana. On arriving in Conrad, it isn’t long before she offers a helping hand and find herself in the middle of another domestic disaster – Doc Lawson’s unkempt house and his six feisty children, including his mute five-year-old daughter, Sophie. Meanwhile, overwhelmed widower Doc Lawson is eagerly awaiting news of his mail order bride. And nothing short of a miracle will help him find the perfect carer for his children — and just as importantly, his future bride. In Spring Belle, the final book in the Seasons series, you will find reunions & romance, family & fun, and even puppies & payback. 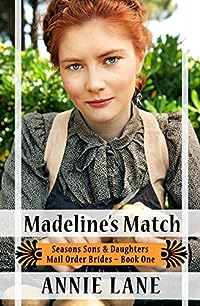 “The rich and poor don’t mix!” With these words, 18 year old Madeline Conner has two weeks to leave her dear mother and her home in Seattle. After reading a very unusual request for a mail order bride, she travels to Conrad, Montana to meet her cowboy groom, whose letter said, “I love surprises more than just about anything else… ” According to Seth Lawson, he has a balanced life – working hard all week & playing hard all weekend. Whiskey and him are slowly becoming best friends. But his older brother, Samuel, has had enough of Seth heading down the wrong path – so young Seth is about to get the surprise of his life.

A romantic story about finding a place, and a person to call home. ~ About Seasons Sons & Daughters… It too is set in Conrad, however, 10 years have gone by. Doc Lawson’s six children are now just about all grown up, and so too is the garrulous & handsome Earl “Junior” Mason. It’s now the youngsters’ turn to experience the joy of love and marriage. Matchmaking & mail order brides (and one lucky husband) seem like just the ticket! After all, it worked out just fine for their parents — what could possibly go wrong? ~ Catch up with the original Seasons brides – Charlotte, Beth, Alice & Belle; their very lucky husbands – Thomas, Earl, Gabe & Simon ‘Doc’ Lawson; Sheriff Calhoun & his pie-baking wife Louise & the ever-listening & ever-watching, Miss Mabel Clay. Meet new folk too – like Mr. Morton Campbell, a newspaper man with a very theatrical flair.