From bestselling author Brandt Legg comes three incredible novels with a deeper magical meaning.  These well-written narratives of self-discovery and adventure, are fantasy and science fiction novels that readers will truly love. Enjoy! 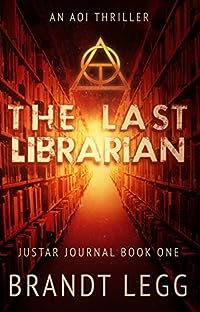 “Never let them catch you reading!”

In the year 2098, there is no more war, no more hunger and no more pollution. The world is secure and Earth’s 2.9 billion people are healthy and happy. There is also only one remaining library that still houses physical books. In addition to the dusty volumes, the library holds many secrets. But the government has decided to shut it down and burn the contents. Unless an unlikely trio can save the books, humanity will lose more than just what is printed on those antique pages. With a single government ruling the entire planet, one currency, one language and no religion, the population is unified and enjoying the prosperity that comes with more than seven decades of peace. Free healthcare for all and guaranteed employment make the future a dream. But this future may only be safe if they can hide the past. The books must be saved… the impossible task is up to an angry author, a brazen revolutionary and the last librarian. When everything is perfect, the only thing left to fear is the truth. 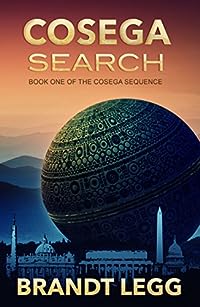 Ripley Gaines, a brilliant archeologist, has spent his life searching for an elusive artifact to prove his controversial theory. What he finds shocks even him. The discovery rewrites human history and promises to change the planet’s future. It must be suppressed. The most powerful forces in the world align against him, and a deadly competition for the artifact ensues. Capturing Gaines is not enough; he, and everyone who has seen the artifact must be killed. His only hope is to stay alive long enough to decode the Cosega Sequence. Dig far enough into the past… you may just discover the future. Cosega Search, book one in the Cosega Sequence. 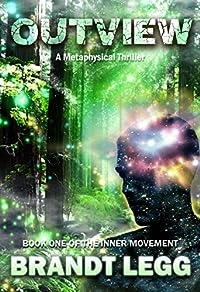 OUTVIEW, book one of the best selling Inner Movement trilogy, questions all that we are.

There is a secret so powerful that, once known, the world will never be the same.

For centuries they have died to protect it. Nate found it. They know he did. Across time and dimensions they are after him…

Four years ago, his father died. Two years ago, Nate’s mother locked his brother in a mental institution. One year ago, horrific visions began to torture him. Now, a clandestine group, wielding overwhelming power, wants him silenced. Nate is only sixteen. A mystical adventure… a metaphysical thriller. A fantasy thriller, set in present day Oregon and California.