If you like a good whodunnit with a paranormal slant like the shows “Medium” and “Ghost Whisperer,” you’ll love this wonderful collection from master story teller, Andrea Drew. This collection’s suspense is sure to keep you on the edge of your seat, turning pages until the very end. Enjoy! 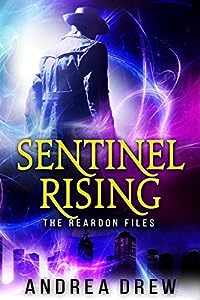 Lauren Whitehouse, mother and police wife, has disappeared without a trace, and her sister insists that Lauren’s husband had a hand in it. Detective turned private investigator Connor Reardon wants only one thing: a middle class existence where his Sentinel abilities remain secret. An unspeakable act of violence draws Reardon once again into a world of old-fashioned detective work and supernatural danger, a world he thought he had left behind forever. Reardon is persuaded to use his unique skills to find the missing woman. As he investigates, he discovers there are terrible secrets connected to her, and dangerous men behind her. To solve the mystery, he and his fiance, Gypsy Shields, must undertake a journey that requires him to navigate a web of lies, betrayal, and treachery, and come face to face with the darkness within himself. 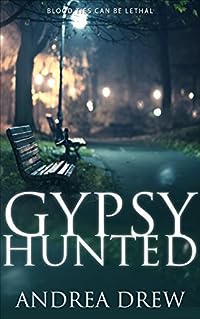 Reluctant psychic Gypsy Shields (she prefers the term “intuition consultant”) finds herself in trouble when, on her way home from a blind date, she interrupts a kidnapping in progress. Her heroic attempt to intervene is repaid with a collision between the attacker’s van and a brick wall. She awakens in hospital, paralyzed on her left side and unable to speak. Unable to share vital information about the crime she witnessed. Fortunately, her telepathic connection with her niece helps her throw a line out, attracting the attention of a police detective: Connor Reardon, Gypsy’s date the night of the attack. Stepping in to protect Gypsy, Connor even listens to her claims of psychic power. She soon senses he’s concealing certain powers of his own. Nor are they all he’s concealing. A part of Gypsy’s new ally’s mind is closed to her. What she cannot know is that Connor suspects the kidnapper is someone close to him, and the victim holds secrets that will tear through Connor’s department, putting careers and lives at risk. Including Gypsy’s, as she is left recovering in hospital and vulnerable as the attacker turns his sights on her once again. Can she use her powers to track down the perpetrator in time to prevent her own murder? 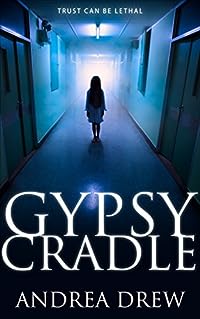 Eleven months after saving herself from an obsessed killer, Gypsy Shields is enjoying her normal life again — or what passes for normal for a psychic. Abruptly, her newfound peace is disturbed by a strange vision. An eerie little girl named Isabella appears before a rocking cradle with disturbing news. Connor, Gypsy’s boyfriend, is a Sentinel meant to protect her and other psychics. But can he protect his own niece when she’s put in danger by someone she trusts? Connor’s family has too many painful secrets, and Gypsy’s already meddled with them too much. Now they won’t heed her warnings. Trying to rescue them regardless will strain Gypsy’s relationship with every one of them — including Connor himself. Even if, with Isabella’s help, she can save an innocent woman’s life, she may lose the love of her own. 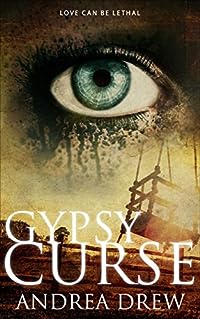 When Gypsy bumps into another shopper during a late night trip for supplies, neither she nor the man she collides with are prepared for what she sees. He has a baby inside him, or so her psychic visions tell her. Shocked, she demands the truth. As he scrambles away from her, calling her crazy, she realizes the spirit she’s sensing is not that of an unborn child, but a young girl. But why should a dead child’s spirit be attached to this man? As Gypsy digs into the mystery, she discovers the spirit belongs to a child who was murdered as part of a nefarious trafficking ring. The dead girl needs Gypsy’s help to prevent the death of another innocent child. But this is no ordinary trafficking ring. Those who control it are so well connected they’ve gotten away with their crimes for years. Connor Reardon, Gypsy’s detective boyfriend and reluctant sentinel, steps in, only to discover his own supernatural abilities have increased, despite his best efforts to suppress them. Evidence however remains difficult to find with the enemy just out of reach. Can Gypsy and Connor prove the operation exists and put those responsible behind bars? Those who love a dark supernatural tale of investigation and tragedy with a race against the clock will love this next book in the Gypsy Medium Series.