USA Today bestselling author, Melissa McClone has published over thirty novels with Harlequin and Tule Publishing Group and been nominated for Romance Writers of America’s RITA® award. With a degree in mechanical engineering from Stanford University, Melissa worked for a major airline where she traveled the globe and met her husband. But analyzing jet engine performance couldn’t compete with her love of writing happily ever afters. Discover for yourself why Melissa McClone is one of romance readers favorite authors! 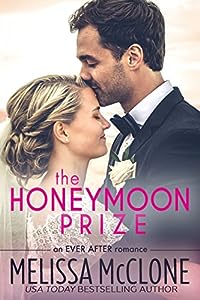 The Honeymoon Prize (Ever After series Book 1)
Melissa McClone

He needed a wife. She needed a home. A completely platonic arrangement. When sexy, single bodyguard Nick Cahill and his childhood friend, sweet and jobless Adelaide Sinclair, agree on a marriage solely for convenience, they have no idea what’s in store. Winning an unexpected dream honeymoon turns into a nightmare when they find a reality TV crew waiting for them on the island paradise. With cameras rolling, filming their every move, the lines blur between fantasy and reality. Acting like passionate newlyweds wreaks havoc on their platonic agreement. Will Nick and Addie succumb to their feelings off camera, turning their make-believe marriage into a real fairytale? 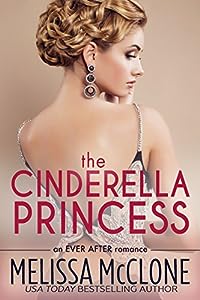 The Cinderella Princess (Ever After series Book 2)
Melissa McClone

Happily ever after doesn’t exist…

Advertising executive,Emily Rodgers knows that all too well. A philandering father and failed relationships taught Emily that finding your one true love only happens in fairytales. That is until she meets a real living and breathing prince, who might be as equally sexy as he is charming. Prince Lucas is searching for a royal bride, and getting married is exactly what fun-loving and reckless Luc has no interest in doing. When his father gives Luc an ultimatum–find a wife on a reality TV show or be disowned, Luc knows that his carefree days are numbered. The rules are simple: Marry nobility. But after he meets the uptight ad exec from America sent to help find his perfect princess bride, his search for Cinderella might be over. Too bad Emily doesn’t believe in fairytales…

Christmas at the Castle (Ever After series Book 3)
Melissa McClone

A European getaway during the Christmas holiday is exactly what veterinarian Katrina “Kat” Parsons needs. She can’t wait to be a bridesmaid in her childhood friend’s royal wedding, but she hopes to steer clear of the bride’s arrogant older brother. Crown Prince Guillaume wants his younger sister’s wedding day to be perfect, but he’s suspicious of Kat. He and his mother on are on high alert, afraid Kat is not just there for the wedding, but also to find a prince of her own. But when Kat’s kindness and generosity prove them wrong, the prince realizes there’s more to her than he ever imagined. Can he trust his heart or will he lose the one woman he can’t live without? 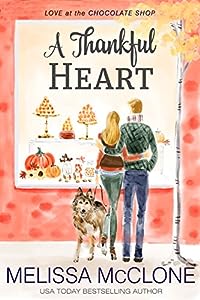 Chocolate is better than men, and so are dogs. At least, that’s what Dakota Parker tells herself as she mends her broken heart and finds forever homes for rescue animals. So far, so good. She can indulge her love of chocolate where she works while her foster dogs provide her with the unconditional love she craves. What more does she need? Seattle architect Bryce Grayson is counting the days until he can return home to the big city with his father in tow. That is if he can convince his dad to leave Montana. Bryce’s escape plan, however, goes astray when he meets Dakota. Her sweet kisses put the chocolate she sells to shame. Maybe he should be the one to move to Marietta, but could he be happy living in such a small town? He has until Thanksgiving to decide.