The Line Between Pride & Love

Jackie Weger paints pictures with words. Her descriptive talents take the reader emotionally inside her stories, and the reader is drawn in by sights and smells to such an extent that her settings become real and vibrant. Enjoy! 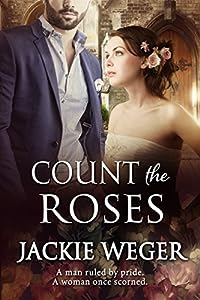 FREE FOR THE FIRST TIME!

Betrayed and jilted, Jennifer Dewitt finds solace in a new job and new city. Men and marriage are not on her radar. Adrien Merrill’s divorce leaves him bitter and jaded. In Cajun custom, pride rules. Yet Adrien aches for a woman to fill his days with laughter, his nights with passion, and his house with children. He sets his sights on Jennifer and runs right into stubborn, mouthy and independent. He soon discovers the line between pride and love is as whisper thin as a fine silk thread. 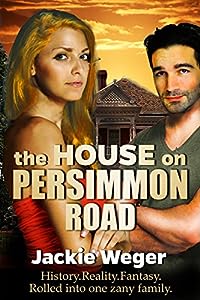 If Justine Hale had the time, she’d get in her car and go crazy. She owns two kids, an ex mother-in-law and a bankrupt mother. Money scarce she moves all into a run-down, two-hundred-year old house. Lottie Roberts offers to help. She’s bossy. She cooks. It’s her house. So what if she’s betwixt and between? Before Lottie can say squat, Tucker Highsmith steals her thunder with his sexy grin, lazy Alabama drawl and Mr. Fix-it talent. Plagued with the demands of her family, Justine dismisses ghost and guy alike. But hidden agendas prevail and Justine is caught in the middle. 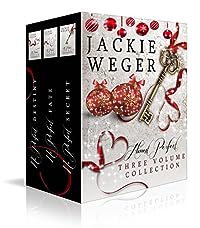 No Perfect Fate: The day Cleo Anderson parks her Play-Mor in a small fish camp on the banks of the Suwannee River, her arrival draws the curious attention of eleven year old, Katie. Beautiful, yet shy, Cleo seems determined to avoid forming personal ties until Katie draws her into reluctant relationships with her godfather, Fletcher, and the plain-spoken elderly camp owner. Despite her reserve, Cleo soon becomes attached to the close-knit community of campers. Even as Cleo begins to overcome her reserve, she struggles with an inner voice and a past that haunts her and won’t let go.

No Perfect Secret: Betrayed thrice over by her husband, Anna believes her imploded life will right itself if only she buys a dog. Investigator Frank Caburn has other ideas. He already owns a dog. Man to the bone and manufacturing testosterone like Frito Lay does chips, all he wants is to fall in love and be done with it. But how to tell Anna without tripping over a layer of secrets is beyond him. Adding to Caburn’s woe are his elderly bosses–both of whom who plan to keep their jobs until the Rapture or the sun burns out–whichever comes last, a cross-dressing dominatrix with OCD, a purple haired hacker on parole, and Anna’s back-stabbing mother-in-law. Falling in love has never been more difficult.

No Perfect Destiny: Leah Spencer lives in the present until a past she has outrun imperils her future. An investigation into missing funds at work threatens all she holds dear. Detective Leo Garvey has her in his sights as the number one suspect and more. Leah knows she must be careful, that nothing good could come from Leo’s attraction. Leo doesn’t see it her way. If he proves her guilty, he loses. If innocent, he wins. Yet, convincing Leah the past can only be escaped by embracing something better seems to fall on deaf ears. While Leo works to uncover the truth, Leah determines it will never surface.