Author John Barlows gripping reads are a fascinating study in dark and evil, and are the stuff of Great British grit and dark humour. Barlow provides plenty of twists and turns before the truth is revealed. But what is most enjoyable about Barlow’s writing isn’t his story archs or plotting, but his characters, dialogue and sense of place. Barlow throws in plenty of twists before everything is untangled, since of course nothing in the case is exactly what it seems to be, and he spins the yarn in fast-paced, very readable prose. Enjoy! 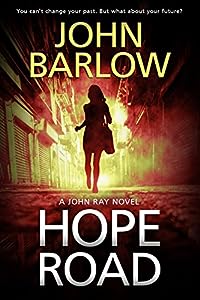 HOPE ROAD: a crime thriller – You can’t change your past. But what about your future?

John Ray, son of crime boss Antonio ‘Tony’ Ray, is the straight one of the family. With a successful business and a lifestyle to match, he wants nothing to do with his father’s criminal world. But what does that world want with him? A young prostitute is found dead in John’s car, and Freddy Metcalfe, his best friend and employee, is framed for her death. Freddy denies everything but it’s an open and shut case: he’s going down for murder. John sets out to find the real killer. But things get complicated. A stash of counterfeit money was also found in John’s car, and the police seem more interested in that than in the dead girl. Then Lanny Bride turns up; one of the north’s most ruthless criminals (and an old friend of the Ray family), Lanny is desperate to know who killed the girl. But why? Meanwhile, Freddy is too scared to talk to anyone, even his lawyer. John’s police detective girlfriend, Denise Danson, has been warned off the case by her boss. But she doesn’t believe Freddy is guilty, and secretly helps John look for the murderer. The problem, though, is that uncovering the shocking truth about the girl’s death will force John to confront his own criminal past and risk destroying his future, as well as losing the only woman he’s ever loved. A novel set in Leeds, this is the first crime-mystery in the LS9 series. 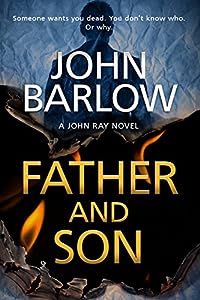 Someone wants you dead. You don’t know who. Or why.

John Ray is called to the scene of a violent murder. The victim is an old associate of his father, local crime boss Tony Ray. There’s no obvious motive for the crime, but everybody agrees on one thing: don’t tell the police. John, the charismatic, Cambridge-educated white sheep of the Ray family, has always refused to be part of his father’s business. But he’s also a bit of a maverick, with a foot in both worlds, and he’s not quite as white as he would like: exactly the kind of person you’d want to investigate an underworld murder. The fast-paced search for the killer takes John Ray back to events twenty years ago, and to another, even more heinous crime. It’s a gripping ride, but also a painful one for John personally, and he doesn’t really know what he’s looking for. Until it’s too late. Plus, he’s not the only one looking…

FATHER AND SON is the second crime thriller in the John Ray / LS9 series. It can be read as a stand-alone novel. *** NOTE ON THE TEXT: Chapter 17 of this novel includes a letter written by a child. The letter contains various grammatical errors and spelling mistakes. The are used deliberately by the author. 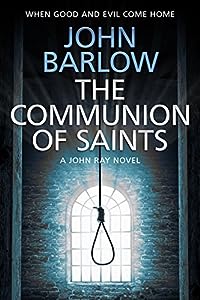 When good and evil come home…

Following the murder of his father, John Ray is getting his life back on track, and putting the criminal past of his family behind him. But when Shirley Kirk of the West Yorkshire Police asks him for a favour, he’s sucked into a mystery that is as confusing as it is devastating. Discreetly. John soon begins to uncover a complex mystery involving blackmail, kidnap and murder. But why are the police really asking for his help? There are people on the Force still out to get John Ray for his past misdemeanours. And they are not the only ones who know about his family’s past.

A novel set in the city of Leeds, THE COMMUNION OF SAINTS is novel about innocence, vengeance, and the power of good and evil. It is the third crime thriller in the John Ray / LS9 series.