Odd thing about living in California is that you can go to the beach in December. It wasn’t hot or anything, but it was a pleasant time watching seagulls fight over the body parts of crab right next to your children fighting over a sand toy. Funny how the two sound so similar. Nice thing about it was there were so many seagulls and children, you didn’t really worry about the noise of your kids because they all sounded a like. I also liked the fact that the beach doesn’t have any Christmas decorations. Don’t get me wrong, I like the decorations. I also like to get away from it a bit and just relax a bit from the chaos. I think we will try it again today. Time to get some sand in between my toes. 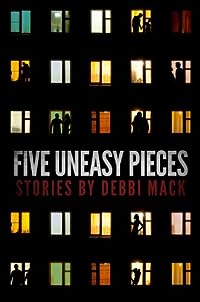 The New York Times bestselling author of Identity Crisis brings you five short stories of gritty and dark crime fiction. If you enjoy stories of psychological suspense, sometimes with a twist of dark humor, these five are sure to satisfy. This edition of the anthology includes a BONUS sixth story that’s a send-up of numerous Alfred Hitchcock films. How many references can you find?

1.”Deadly Detour” — a female spy’s assignment goes horribly wrong when a pregnant young woman abducts her at gunpoint. The strange girl takes the woman on a detour that has deadly consequences and bodes well for no one.

2. “The Right to Remain Silent” — Dan Marinelli is a prosecutor who smells something off about the case he just won. Finding out the truth leads to more trouble than he bargained for.

3. “A Woman Who Thinks” — Dr. Morris Fein wants to help his therapy patient, Lila, with her debt problem. However, Lila has an agenda they haven’t discussed during their sessions. One that doesn’t bode well for the good doctor.

4. “The People Next Door” — When you live a cheap apartment with thin walls, what you overhear or notice about the neighbors may be cause for alarm. Especially if your spouse eggs you on about it to the point you have to prove it: a philosophy that doesn’t always pan out well.

5. “Sympathy for the Devil” — When the beautiful, but naïve, Lainie thinks her husband’s cheating on her, she tries to hire a cheap private eye straight out of Central Casting. Lainie’s situation takes an even more unfortunate turn when she returns home to find her husband in bed, but not sleeping or with another woman. 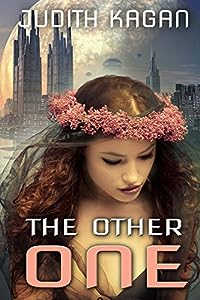 The Other One: A Clone Science-Fiction Novel
Judith Kagan

A lot of couples believe they were made for each other. In some cases, they are absolutely right. Nuriel was 18 years old when she was born. She grew up in a laboratory in Ba’al Hamon, a colony at the edge of the Pangaean Galactic Empire. Within a few weeks she could walk, talk, and handle political crises quite well. She even learned a thing or two about love and loyalty, thanks to the diligent lab assistant in charge of her education. When their budding romance is exposed, they are brutally separated and Nuriel is dispatched to the customer who ordered her: King Sol of Ba’al Hamon. In the palace, she discovers a world of abundance, pleasure, love and lies. Amidst all the perils, she struggles to understand who she is, why was she created, and how is it all connected to the mysterious disappearance of the late queen.

The Other One is a romantic science-fiction novel inspired by the biblical Song of Songs. The ancient riddles merge with the futuristic reality, and together create a unique and gripping plot, full of its own secrets, mysteries and love. 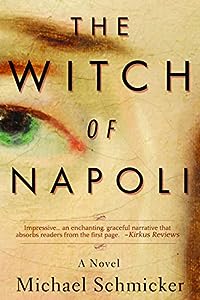 The Witch of Napoli
Michael Schmicker

Italy 1899: Fiery-tempered, seductive, medium Alessandra Poverelli levitates a table at a Spiritualist séance in Naples. A reporter photographs the miracle, and wealthy, skeptical, Jewish psychiatrist Camillo Lombardi arrives in Naples to investigate. When she materializes the ghost of his dead mother, he risks his reputation and fortune to finance a tour of the Continent, challenging the scientific and academic elite of Europe to test Alessandra’s mysterious powers. She will help him rewrite Science. His fee will help her escape her sadistic husband Pigotti and start a new life in Rome. Newspapers across Europe trumpet her Cinderella story and baffling successes, and the public demands to know – does the “Queen of Spirits” really have supernatural powers? Nigel Huxley is convinced she’s simply another vulgar, Italian trickster. The icy, aristocratic detective for England’s Society for the Investigation of Mediums launches a plot to trap and expose her. Meanwhile, the Vatican is quietly digging up her childhood secrets, desperate to discredit her supernatural powers; her abusive husband Pigotti is coming to kill her; and the tarot cards predict catastrophe.

Inspired by the true-life story of controversial Italian medium Eusapia Palladino (1854-1918), The Witch of Napoli masterfully resurrects the bitter,19th-century battle between Science and religion over the possibility of an afterlife, while earning praise from Kirkus Reviews as an “enchanting and graceful narrative that absorbs readers from the first page.” In March 2015, The Witch of Napoli” became an Amazon Top 100 paid bestseller. 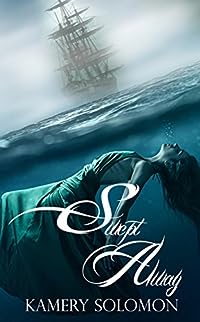 Swept Away: A Time Travel Romance (The Swept Away Saga Book 1)
Kamery Solomon

From Kamery Solomon, #1 bestselling genre author and creator of the bestselling series The God Chronicles, comes SWEPT AWAY, a time travel romance fraught with danger and secrets on the high seas!

Dead men tell no tales… For more than 200 years, the Treasure Pit on Oak Isle has baffled treasure hunters, engineers, and the common man alike. When Samantha Greene arrives, she finds her estranged father has spent years funneling energy and finances into the endeavor, finding nothing. When an accidental death occurs in the pit, fulfilling the prophecy that seven lives must end before the treasure can be found, the search kicks into high gear, with more than one party vying for the secrets that lie below. Finding herself the closest to the treasure anyone has ever been, Samantha throws herself into the work, landing among the coveted prize. Just as she’s about to discover what’s truly hidden beneath the island, the pit begins to flood with ocean water, sweeping her away despite her attempts to swim to the surface. Upon awaking, Samantha discovers that, not only did she not drown, but the year is 1695 — one hundred years before the Treasure Pit was even discovered. Carried off by the pirate Tristan O’Rourke, a rouge Irishman with more than his share of secrets, she soon finds that there is much more than she realized in play. Will she discover the secrets of Oak Isle, or will an unexpected love keep her from finding out the truth? Will she ever make it back to her own time? Perhaps the real question is this; will she want to? 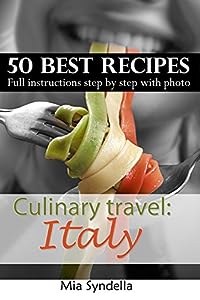 7 Reasons to Buy This Italian cookbook 1. You will get Italian restaurants dinner ideas at home. 2. Frutti de mare, antipasti and others 50 best Italian recipes 3. You’ll Learn Traditional Italian desserts like Tiramisu or Apricot tart 4. Cook Book with detailed instructions and photos. 5. All recipes with Nutritional info. 6. You will try the taste of Italy without traveling there 7. You will get a free bonus – Lifehack! The energy density of fruits and food components, the content of vitamins and microelements.