The Covert series by author Missy Marciassa tells the story of Elle Paquet, a recent graduate who is learning fast about the unexpected turns life can take when making “adult” decisions. Especially when the CIA is involved. Enjoy! 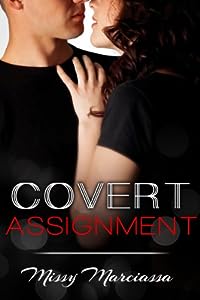 Covert Assignment is a New Adult, coming of age novel with a strong romantic element.

Elle is ready for graduation and full-fledged adulthood: no more living like the leftover of her parent’s divorce. She’s about to graduate with her degree in Information Science (the 21st century term for Library Science) and has a ten-year plan as well-designed as any model for analyzing metadata: earn her JD/MBA, enjoy a couple of years as a single professional, then marry her college sweetheart, Adam, and start her own family.

Yet Elle feels like she returned to an alternate universe her final semester. There are pictures of Adam with a classmate who must be surgically enhanced, but he insists he wants Elle. CIA recruiters show up on campus, and they aren’t just interested in recruiting Elle for future employment: turns out she’s already working for them since they’re funding her thesis. Hot operative Preston Raddick is tasked to work with her. Preston isn’t just hot: he’s hot for Elle, but is he offering happy ever after or happy for right now? A fling with Preston could be the beginning of a new life plan, which is exciting and scary, especially with espionage thrown in. Elle needs a predictive model to tell her which decisions have the greater likelihood for happiness… 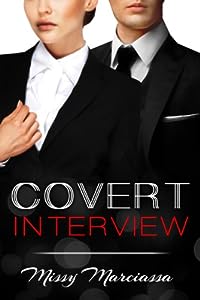 Covert Interview is the second book in the Covert Series, following Covert Assignment, a New Adult, coming of age series with romance and suspense.

After growing up feeling like the unwanted leftovers of her parents’ divorce, Elle Paquet is finally an independent adult when she graduates from college to become an Information Scientist (the 21st century term for Librarian). What’s her first “adult” decision? She nixes her ten-year plan of going to grad school and marrying her college sweetheart to go work for the CIA and see how things turn out with hot agent Preston Raddick.

While Elle’s formal education may be over, life lessons are only just beginning. Preston teaches her a tough lesson about what a fling is and what it isn’t. Meanwhile, the CIA wants to know if she’s merely interested or truly committed to the agency. And are her skills up for the job? When Elle is given an assignment that tests her loyalty to her family and endangers herself and her loved ones, she learns that affiliation with the CIA means excitement can turn to danger at the drop of a hat, just as love can turn to heartbreak. Life as an adult is far harder than Elle ever imagined as she wrestles with unforeseen complications and new opportunities. 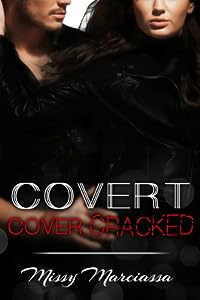 When 23-year-old Elle can’t explain why her job as an Information Scientist at the Library of Congress keeps her so busy (because she’s actually a CIA operative who just became field rated), her boyfriend dumps her, so she decides to focus on her career and enjoy a fling. Navy SEAL Reese Beckwith seems like the perfect fling material except the more he sees Elle, the more he wants to know about her, and she can’t resist him. Things get complicated when Reese spots her with her CIA partner, a known womanizer. His questions for Elle get more pointed: he sees the potential for more than a fling, and once he sets an objective, failure is not an option. Yet Elle tries to keep Reese in the “fling” category as her first major assignment heats up, becoming more personal with each development. When her personal and professional lives collide, Elle is put to the test. Does she have what it takes to be a covert operative? Will she have to choose between love and her career? 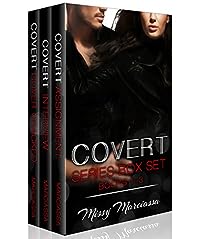 This is the Covert Series Box Set for the first three books in the Covert Series! It includes: Covert Assignment, Covert Interview, and Covert Cover Cracked. Meet Elle Paquet, an aspiring Information Scientist (21st century term for Librarian), who thinks she has life all planned out as she is set to graduate from college when the CIA makes her a job offer that changes her life. Adulthood is nothing like she expects as she transitions from geek to super spy and has to figure out how to manage work and romance, from fun flings to true love.