The Path To Survival

This collection by A.D. Davies is an intriguing mix of police procedural, mystery and serial killer thrillers, that will tease, involve and unnerve you. These fast-paced thrillers will not disappoint. Enjoy!

His First His Second: An Alicia Friend Investigation
A. D. Davies

Meet Detective Sergeant Alicia Friend. She’s nice. Too nice to be a police officer, if she’s honest. Yet, despite a perky personality that irritates the most professional of detectives, she is also one of the most respected criminal analysts in the country. Now assigned to DI Donald Murphy’s team, she finds herself in the grip of a northern British winter, investigating the kidnap-murders of two young women – both strikingly similar in appearance. When a third is taken, they have less than a week to chip away the secrets of a high-society family, and uncover the killer’s objective. But Richard – the father of the latest victim – believes the police are not moving quickly enough, so launches a parallel investigation, utilising skills honed in a dark past that is about to catch up with him. As Richard’s secret actions hinder the police, Alicia remains in contact with him, and even starts to fall for his charms, forcing her into choices that will impact the rest of her life. 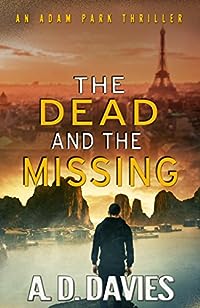 The Dead and the Missing: An Adam Park Thriller
A. D. Davies

A missing girl. An international underworld. A PI who will not quit. Adam Park is an ex-private investigator, now too wealthy to need a job. But when his old mentor’s niece rips off a local criminal on the rise and flees the UK, his life of surfing and travel comes to an abrupt end. Using cutting-edge technology, Adam tracks the young woman and her violent boyfriend through the Parisian underground where he learns of a brutal criminal enterprise – an enterprise that propels Adam to more dangerously-exotic locales, and the men in charge start to notice him. To return the girl safely and protect the ones he loves, Adam will need to burn down his concepts of right and wrong; the only path to survival is through the darkest recesses of his soul. 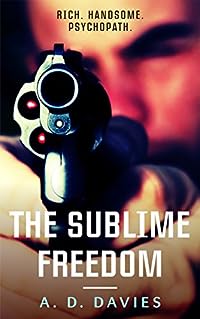 The Sublime Freedom
A. D. Davies

A serial killer who thinks he is above the law. A growing legion of “fans” who admire him. A veteran detective will prove them all wrong.

When Detective Frank Russo moved from New York to LA with his daughter, he had two aims in mind: to raise Kim well in preparation for the real world, and to leave behind the city where he lost his wife to a serial killer. But Russo knows he is still too over-protective, and even resorts to spying on Kim’s internet use. Now a serial killer emerges, prowling the back alleys of Los Angeles, inspiring an online following who call him “The People’s Assassin.”. And when Kim is sucked in to their circle – SublimeFreedom.com – Russo will do whatever it takes to bring him in. Except the killer believes his money elevates him above the law, and as the legal system continues to protect him, his fan base swells along with the body count. Hiding his nefarious spying activity from Kim, and pursuing this killer to the limits of his job, Russo risks all he has built since starting afresh. If he is to end the killing, save his daughter, and finally lay his past to rest, Russo must learn to trust in himself, in Kim, and in a system that has let him down too often.

The Sublime Freedom is a fast paced serial killer thriller, full of secrets and lies, featuring a detective who simply will not accept defeat. 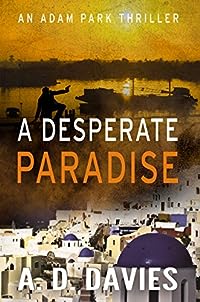 A Desperate Paradise: An Adam Park Thriller
A. D. Davies

A dead aid worker. An island rife with secrets. A detective driven to solve it all. With a damaging, violent case behind him, Adam Park is happy tending to his late mother’s canal barge, catching up on his reading, and hoping his increased training is never required. Unfortunately, he owes favors, and when an aid worker is murdered on the Greek island of Paramatra, one such favor is called in. Kai Pace’s parents believe the investigation into their son’s death is deeply flawed, and Adam is tasked with reviewing the police’s conclusions and – if found wanting – identifying the real killer. On an island struggling to cope with the influx of refugees from warzones across the Mediterranean, Adam must battle corruption and ruthless smuggling gangs, all amid people so desperate they will do anything to reach the paradise of the west. If he cannot stay the course, and dig out the truth, a murderer will go free, and Adam will fall prey to the same evil. A thrilling investigation that thrusts a private detective from the heart of Greece into northern Africa, where fear and violence will take their toll upon him, and challenge the very nature of his soul. 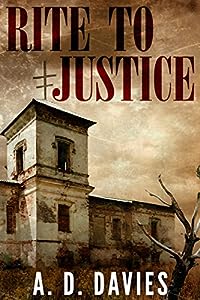 A dead cult leader. A federal cover-up. A devout cop will uncover the truth. In the small town of Hope, Nevada, Detective Roland Recht is a deeply religious man trying to understand his place in the world. And his latest case, the murder of an isolated pastor, hits him harder than usual. Killed within the Congregation of Saul’s compound, the only witness is Lizzie, the Christian cult’s newest and youngest follower, and it seems clear that a former member must be responsible. But when Recht and his girlfriend suffer a personal and terrifying threat, it sends the investigation in a new direction, one that no one, not even his superiors or the FBI, wants him to pursue. Rite to Justice sees a good man forced to choose between his career as a cop, and following his moral compass, whatever the consequences.

Please note: This novel was originally published with the title “Never the Sinner” under the pen name “Tony Denn”. The plot is pretty much the same, but the content is really quite different. Rite to Justice is a murder mystery suspense thriller, far closer to the author’s original intent. Not so much a rewrite, more of a re-polish.