Today we have a fantastic series from author Kyoko M. The Black Parade series is unique twist on the genre with intriguing elements that you won’t find in most fantasy novels. Jordan Amador is not your typical heroine. She is acerbic, anti-social and skirting the edge of functional alcoholism just to deal with life. She is complex and imperfect, which make for a very entertaining and interesting read. I am also excited to feature a new science fiction release by Kyoko M, Of Cinder and Bone. Don’t miss out on this explosive first-in-series! 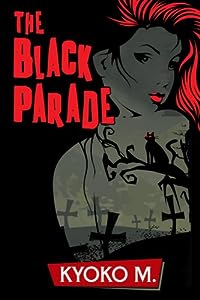 The Black Parade
by Kyoko M

Two years ago, Jordan accidentally shot and killed a Seer: a person who can see, hear, and talk to ghosts with unfinished business. Her crime came with a hefty price, too. She has two years to help a hundred souls cross over to the afterlife or her soul is bound for hell. Tough break. As if that weren’t bad enough, two days before her deadline a handsome pain-in-the-ass poltergeist named Michael strolls into her life. His soul is the key to her salvation, but the cost just might be more than she can handle. Solving his death puts her right in the crosshairs of Belial: a vain, bloodthirsty archdemon who won’t rest until she’s his slave. Can she rescue Michael and save her own soul, or will they both be dragged down into the clutches of the eternal black parade?

Ranked #5 in Amazon’s Top 100 Bestselling Novels in the Occult Horror category and #9 in the Paranormal Demons and Devils category on June 19, 2014. 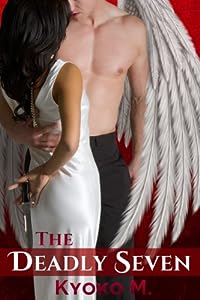 The Deadly Seven: Stories from The Black Parade series
by Kyoko M.

It’s been centuries since Michael stayed on Earth for an extended amount of time. Now he’s here because of Jordan Amador–a Seer who helped him restore his life and memories and thwart the archdemon Belial from taking over the city. With Jordan on Belial’s hit list, Michael decides to stick around and live out life alongside her as her friend and temporary bodyguard. But as the days pass, he finds it harder to resist the seven deadly sins that tempt all men. Especially as he and Jordan grow closer fighting the demons that want her almost as much as he does…

This collection takes place in the two month period in The Black Parade between Chapters 15 and 16. She Who Fights Monsters is the second novel in the series sequence. 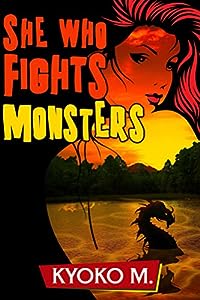 The dynamic supernatural duo of Seer Jordan Amador and her husband the archangel Michael is back in the sequel to the bestselling urban fantasy novel, The Black Parade, trying to solve a deadly case.

Someone is methodically hunting down and murdering Seers one by one. After six months with no leads on the killer, Jordan and Michael are forced to work with their worst enemy — the archdemon Belial: a self-professed Prince of Hell who is dead set on stealing Jordan for himself. However, with the archdemon’s help, they pick up on the trail of the serial killer and plan to stop him no matter what the cost. When the shocking truth behind the murderer’s identity is revealed, Jordan begins asking herself if she is still fighting for the good guys or has she become one of the monsters she is desperately trying to stop? 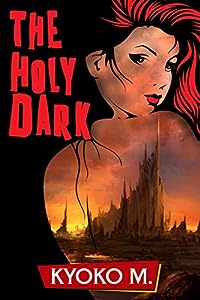 The Holy Dark (The Black Parade Book 4)
by Kyoko M

Sarcastic demon-slayer extraordinaire Jordan Amador has been locked in a year-long struggle to hunt down the thirty silver coins paid to Judas Iscariot. The mere touch of these coins is enough to kill any angel. Jordan’s demonic opposition grows more desperate with each coin found, so they call on the ultimate reinforcement: Moloch, the Archdemon of War. Moloch puts out a contract on Jordan as well as her estranged husband, the Archangel Michael. Now Jordan and Michael will have to find a way to work together to survive against impossible odds and stop Moloch’s plan, or else he’ll wage a war that will wipe out the human race. 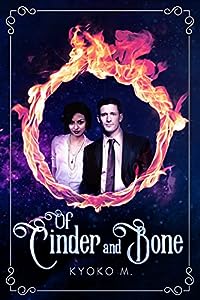 Of Cinder and Bone
by Kyoko M

After centuries of being the most dangerous predators on the planet, dragons were hunted to extinction. That is, until Dr. Rhett “Jack” Jackson and Dr. Kamala Anjali cracked the code to bring them back. Through their research at MIT, they resurrected the first dragon anyone has seen alive since the 15th century. There’s just one problem. Someone stole it. Caught between two ruthless yakuza clans who want to clone the dragon, Jack and Kamala brave the dangerous streets of Tokyo to steal their dragon back in a race against time before the world is taken over by mutated, bloodthirsty monsters that will raze it to ashes.