Author Misty Griffin, a former Amish woman herself, inserts historical facts and much insight into the Amish life that makes this series a true standout not only as a novel but as a learning tool for discovering more about the Amish. Enjoy! 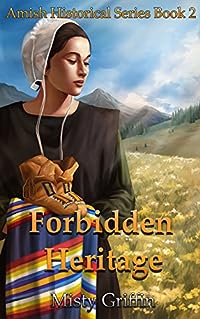 This novel depicts how and why the Amish banned the use of cars, electricity and other modern conveniences in the early 1900s.

1897-1906-The stunning news of her mother’s capture by Indians 18 years prior slowly reveals that Esther Stoltz is half Cheyenne Indian. This startling revelation leaves her wondering about the heritage she is forbidden to explore. Esther begins to question the strict ban on modern conveniences such as the telephone, automobile, and electricity. How do church leaders know that these things are evil? Slowly the Amish church and the world around them are growing farther apart… 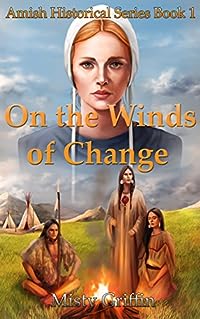 The only novel to ever describe how the Ordnung (List of rules ) became Amish law in the 1860s.

In the fall of 1878, a newly married Hannah finds herself in an Amish community on the untamed Kansas prairie. A band of Cheyenne Indians have just escaped the Oklahoma reservation and they are headed north. Hannah and her little brother are kidnapped during what would later become known as the Cheyenne Raid. When all hope seems lost an unlikely heroine helps them escape…

Based on the history of the Cheyenne Raid and the Amish church in the late 1800s.