I’m feeling the pain the sunshine has brought me. I blame my hurt back and sore arms and legs on that darn sunshine. Because it was so nice out this weekend I overdid it in the yard. I moved huge pots from one end of the yard to the other, weeded, and rearranged rocks and boulders again. I am not quite sure what it is about my family, but we are always moving boulders around. It didnt make it any easier with my sweet chickies following me around seeing what I uncovered every time I lifted a rock. So many delicious bugs! This never happens when it’s cloudy. Now I’m popping Ibuprofen and struggling to lift a spoon. Thankfully the rain will be here again on Wednesday to slow me down. 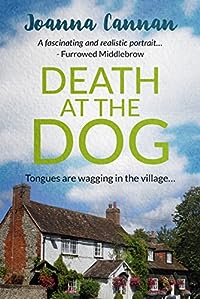 Death at the Dog
by Joanna Cannan

It is late 1939 and Crescy Hardwick is a charismatic, if unpredictable, divorcée who seems to have found her place in the world at last…

She loves and cherishes the rural cottage she has rented for the past few years.

So, it is especially galling when she receives notice from the landlord of her impending eviction.

Being Crescy, she does not take it well…

But she is not the only person in the community to despise her landlord, Mathew Scaife. Most of the local people and even his own family seem to resent him.

Nobody mourns when old Mathew is discovered dead in his chair at the local pub. Indeed, it seems likely that he would have been swiftly forgotten – were it not for the eagle eyes of an apparently bumbling doctor, who makes an astonishing discovery.
Mathew Scaife was murdered; quickly and quietly and in a room full of people.

How could this be?

It is up to Inspector Guy Northeast to find out who killed Mathew and why. Returning reluctantly to the area, he quickly works out that the prime suspect is Crescy Hardwick.

Which is something Guy finds difficult to come to terms with, for a host of reasons… not all of them professional, or even logical.

As Guy establishes the ingenious method used to kill Scaife, and as the case against Crescy mounts, Inspector Northeast must determine whether that case is based in fact, or whether something more complicated is going on…

Many people disliked Mathew Scaife. But who would be willing to risk the gallows to kill him? And why?

As Guy investigates the people around him, he discovers that some of them differ greatly from the image they present to the world. The question is, is Crescy among those individuals?

And if so, could she be a murderess, or has somebody else been guilty all along?

Death at the Dog is a chilling murder mystery that keeps up the suspense until the very last page. 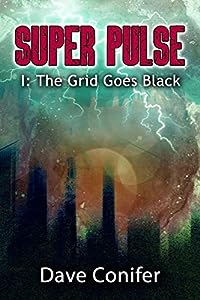 Book 2, To the Barrens, is now available right here on Amazon!

Life was grim in Nick Mercator’s suburban neighborhood after the power grid went down on that summer day. Central air and mini-vans were out. Spoiled food, outhouses, and wild-west lawlessness were in. Before long, Nick and his group were in serious trouble. The gravest danger people faced turned out to be each other.

There was a way out, but it involved the toughest choice Nick ever had to make. Constantly weighing the circumstances and doing the math, he’s fighting to save as many of his own as he can, while battling his own demons at the same time.

Survival or loyalty. Ultimately, Nick must learn for himself which matters more… 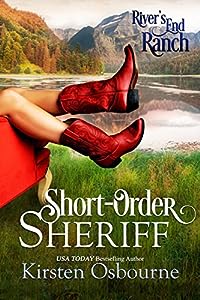 Discover River’s End Ranch, a gorgeous “destination ranch and resort” in Riston, Idaho, that is run by the six Weston siblings and their well-meaning, semi-retired parents. Five bestselling Western romance authors have created a world like no other–full of fun outside activities, a huge family in need of love, and side characters you will never forget. A world where our characters learn, laugh, and love

Kelsi Weston, the youngest of six siblings, loves life. She has a job she adores, is surrounded by people she loves, and gets to work with people she cares about. If only she could keep cooks in the café she manages, life would be perfect. When her long-time boyfriend announces he’s leaving town for a new job on the same day her cook leaves with no notice, she does what she always does. She handles it.
Sheriff Shane Clapper has loved Kelsi for years, going to her café for lunch every day simply so he can see her. When he hears she’s broken up with her boyfriend, he immediately goes to the café to make his move. Why let grass grow under his feet? He knows what he wants, and he plans to get it! Will the sheriff be able to convince Kelsi she would be happier with him? Or will she give into her mother’s demands to date the man picked out for her? 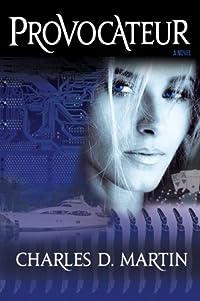 Battle of the sexes in the high-life world of CEOs and cyber-crime.

Nadia, a young and audacious Russian woman, comes to America through a mail-order bride program. She becomes employed by ex-CIA agent named Olga, who extracts large amounts of money from wealthy men through clever sting operations. From a prominent CEO in LA to a Russian oligarch in Porto Cervo, Sardinia, Nadia’s missions become bigger and more dangerous, as she goes after the alpha males at the very top of a global masculine hierarchy.

Romance and suspense in a spy story that will leave you breathless.

Born an orphan, Nadia had risen out of poverty, neglect and despair, to face her struggles and take on the challenges of her profession. Now, this complex, enigmatic and superiorly intelligent woman must use her finesse and feminine prowess to win over the most powerful men in the world.

Espionage, mystery and intrigue come together in an action thriller read that will keep you breathless. 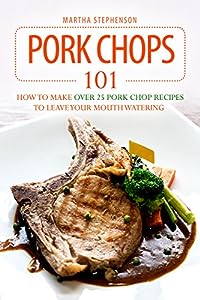 Pork Chops 101: How to Make Over 25 Pork Chop Recipes to Leave Your Mouth Watering
by Martha Stephenson

If there is one cut of meat that is incredibly easy to make, it is pork chops. They are one of the easiest cuts of meat that you can make, as well as being the most inexpensive to make.

If you are a huge fan of pork chops, then this is the perfect book for you. Inside of this cookbook not only will you learn how to make delicious fried pork chops, but you will also discover over 6 mistakes that you want to avoid making in order to make perfect pork chops each and every time. On top of that you will find over 25 delicious pork chop recipes to help you do just that.