Song Of The Wild West

David J. West writes dark fantasy and weird westerns because the voices in his head won’t quiet until someone else can hear them. He is a great fan of sword & sorcery, ghosts and lost ruins, so of course he lives in Utah with his wife and children. These five books are what he call the Dark Trails Saga. They are action adventure historical thrillers with a gritty western flavor that sometimes flirts with the supernatural and sometimes not. 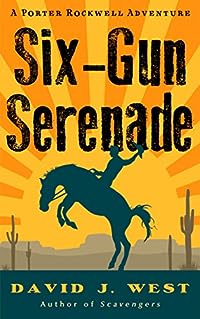 The song of the wild west, is played with hot lead notes and some folks gotta learn the hard way. Schoolteacher Amasa Davison, is invited to join a prospecting outfit and assay gold for them. Turns out it’s really a bunch of desperadoes led by a conniving spiritualist who follows the whims of a ghostly Indian princess (so he says) but when the rest of the bandit’s start to turn on each other deep in hostile Ute territory, who can a harmless schoolteacher trust? The greenhorn cook, the untested youthful quick draw or the quiet long-haired gunslinger with a killer’s cold eyes?

Live the excitement and mystery of the old west as you read this novelette plus another great little yarn and an excerpt from the forthcoming Scavengers novel. Treat yourself and delve into a wild treasure hunting adventure! 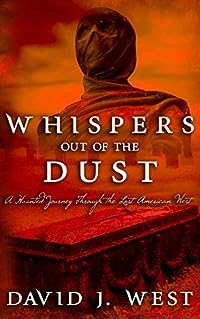 Whispers Out Of The Dust: A Haunted Journey Through The Lost American West (Dark Trails Saga)
by David J. West

Some things lost on the borders of dusk were never meant to be found. Whispers Out Of The Dust: A Haunted Journey Through The Lost American West is a supernatural treasure hunt. Documents spanning centuries relate the story of a forgotten valley brimming with magic, ghosts and evil. Published here for the first time these newly discovered papers grant a rare glimpse of the awful truth about this very real American Nightmare. From the era of wayward conquistadors and pioneers of indomitable spirit on to the weird wild west of gunfighters, gunslingers, preachers, gamblers, and medicine men these authentic accounts stalk through the forbidden desert leading you to an oasis of eerie horror and occult terror.Don’t say we didn’t warn you. Buy this lost collection of forbidden lore and help put the ghosts to rest. 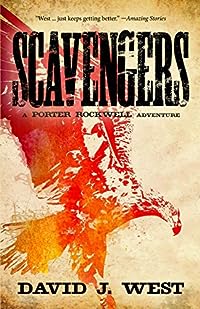 An untouchable gunslinger. A lost hoard of gold. A host of brutal adversaries. What could possibly go wrong? Deputy Marshall Porter Rockwell can’t be harmed by a bullet or a blade. As long as he never cuts his hair, Rockwell is free to right wrongs and chase criminals without worrying about the consequences. But when he learns about a map to a mysterious cache of gold, he’s embroiled in a battle for the treasure with enemies lining up on every side. As outlaws, villains, and a surprisingly formidable Ute chieftain stand between the Deputy Marshall and the gold, bullet and blade might not be what finally take Rockwell down. It could be plain old bad luck… Scavengers is a Western with colorful characters and wit straight out of a Tarantino flick.

If you like mixing horror with your pulp, strong and admirable heroes, and weird Westerns, then you’ll love the first book in David J. West’s Porter Rockwell series. 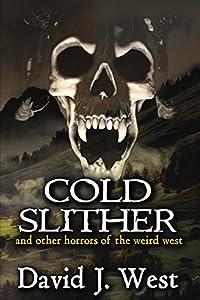 Cold Slither: and other horrors of the weird west (Dark Trails Saga)
by David J. West

If evil won’t stay buried, you get a Legend to put it back in the ground! Porter Rockwell is a Gunslinger, Lawman and Outlaw, and all around Devil of a Saint. Good thing he’s on our side! Blessed by a holy man, Porter was promised that if he never cut his hair–no bullet nor blade could harm him–but nobody mentioned all of the supernatural dangers he would run across. From Aztec snake gods to man eating thunder-birds, Cajun zombies and even an ancient vampire there isn’t anything Porter won’t tangle with. Ride along with Porter and the brilliant damsels not-so-in-distress that lend a helping hand as he faces off against sorcery and desperadoes, myth and legend, demons and dark gods. COLD SLITHER is the ultimate collection of weird western tales featuring Porter Rockwell, as only the master of literary pulp, David J. West, can write him. Spine-tingling horror and grim-dark humor go hand in hand with six-shooters in these adventures thru the old west. Download it now and you will ride along for the adventure of a lifetime!

Cold Slither, a weird western horror story collection from the Dark Trails Saga series, is wild west historical fiction in the style of Robert E. Howard (Conan the Barbarian, Solomon Kane, Breckenridge Elkins) and Fritz Leiber (Fafrhd and the Grey Mouser), with a touch of Louis L’amour thrown in for good measure. 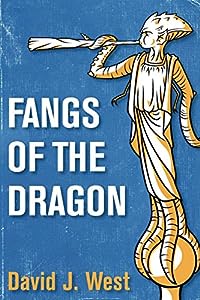 Bizarre occultists try to use a legendary monster to enact their revenge and only a hard-drinking gunslinger can stop them! It’s Hell on Wheels meets Jaws! Blessed by a holy man, hard-drinking gunslinger Porter Rockwell was promised that if he never cut his hair he would not be harmed by bullet nor blade… But what if monsters strike with tooth and claw? Or occult spiritualists send hexes his way? Well this time just might be Port’s last ride… Either way it’s gonna be a helluva fight! You don’t want to miss this ride thru the old west. Filled with action, suspense and a good dose of humor, Fangs of the Dragon delivers!