Those Children Are Ours and Once and Future Wife by David Burnett are beautifully written novels that tell of one mothers battles with her own inner demons as well as battling to be back in the lives of those she abandoned. There is drama, misunderstandings, hard truths, relationship building, and a new extended family that creates even more issues. Every now and then you come across a book that leaves an indelible mark and these novels do just that. 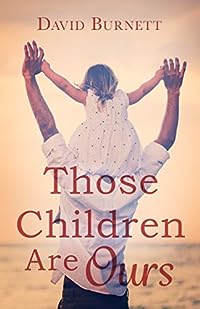 Those Children Are Ours
David Burnett

How can a mother abandon her children? Jennie Bateman screamed at her daughters, cursed her husband, turned her back on her family, and walked away. Twelve years later, she petitions the family court for visitation with her daughters, Alexis and Christa, and unless she can convince a judge to allow her to see them, unless she can convince her children to allow her to be their mother, she will not be able to find the peace she desperately wants. Her attorney tells her that, ordinarily, she could not imagine that a mother would not be allowed to see her children, but, she warns, the situation is hardly ordinary. True, Jennie suffered from a bipolar disorder when she began to drink heavily, abandoned her family, and moved in with another man. True, she has turned her life around: entering therapy, taking medication, returning to school, finding a job, and joining a church. But she pressed no claim for her children when her husband divorced her, and she has made no attempt to contact them in any way since then. Her daughters have busy lives that will be totally disrupted by the visitation that she requests. Alexis remembers nothing good about Jennie, and Christa recalls nothing at all. Neither has any interest in knowing the mother who abandoned them. As court convenes, Jennie’s past is dredged up, the desertion, the men, her drinking, her mental health, and paraded before the judge. Her claim to now be a different person is attacked. The judge is reluctant to grant Jennie’s request, but ultimately orders three trial visits. Jennie fears that if persuading the judge to let her see her children was difficult, then convincing them to allow her to be a part of their lives may be impossible. What happens as she reaches out to them tests her confidence in herself, and threatens their very lives. 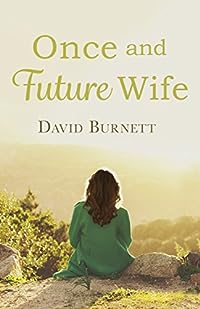 Once and Future Wife
David Burnett

Jennie Bateman has again fallen in love with Thomas, her former husband, but Tasha, one of his children, is determined to destroy their relationship. Jennie had done that herself a number of years earlier. In the midst of a manic episode, she had deserted Thomas and their two daughters, choosing, instead, a life of shameless debauchery. Years later, when she again made contact with her family, she was a different person. Even so, they wanted nothing to do with her. But time moves on. Circumstances change. Tasha knows of Jennie’s earlier life and she has discovered that she still takes medication to control her behavior. She insists that even if Jennie takes the medication, she will ultimately relapse. Another manic episode, she insists, lies ahead. She reminds Jennie that if she were to relapse after marrying Thomas, she would ruin his life – a second time. Shamed by Tasha, Jennie ponders tossing her medication, hoping to prove to them both that she can live without it. She fears she will fail the test. If she is unable to cope, then the same demons that destroyed her first marriage will rush back to thwart her second chance for happiness. In Once and Future Wife we follow Jennie as she goes a second round with her demons, hoping to find a way to stop them from destroying the marriage that finally seems to be within her reach.