A Touch Of Chicken

Needing to get my mind off the thought of my oldest baby basset and my hubby’s plans to build garden boxes with sharp arm & finger chopping off power tools, I turn to my youngest baby basset. You know what I like about him? He hates loud noises. He hates power tools, lawn mowers, and public toilets. Things with spinning sharp blades and germs. Good, I think to myself. At least one kid won’t be giving me heart attacks. So I ask him, what he would like to do while dad and brother are building garden boxes. Cooking! Visions of my mother burning herself every night when she cooked, and my mother in law cutting herself on a regular basis flashed through my head. I am starting to miss the good ol days when they just wanted to play video games. 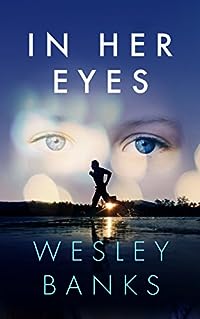 In Her Eyes
by Wesley Banks

When Ben Wilder is given a second chance he focuses on the one thing he’s always been good at: running. After walking on to the University of Florida Track and Field team he begins to quickly move up the national rankings, paving a path towards the NCAA Championships. Everything is going the way he planned, until the day he bumps into Casey Taylor.

New to Gainesville, and focused on her first year out of medical school, Casey is initially hesitant to let Ben into her life. The truth is she’s worried about letting a guy near the one thing she loves most: her daughter, Emma. After one fun and fateful night Casey can no longer bury her feelings behind these excuses, and takes a chance on a guy she is slowly falling for.

Casey’s relationship with Ben starts to gradually build into a love that she has never felt before. But more importantly, Emma has taken a particular liking to Ben. As they all spend more time together Ben is forced to confront painful memories when he starts to notice something hauntingly familiar about Emma.

A local journalist soon uncovers the secret of Ben’s past their lives begin to converge on a single promise that Ben Wilder has long since made: to never give up… no matter what. 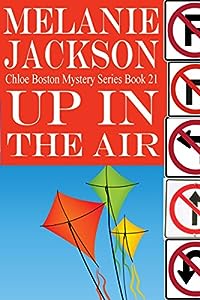 “Up in the Air” is the twenty-first book in the Chloe Boston Cozy Mystery Series.

Hope Falls is hosting its first Kite Festival to raise funds for the animal shelter. The festival will bring in funds, tourists and a pair of feuding kite makers, one of whom ends up dead. A little investigation proves that the late Gerhardt Brandt was not a good man and had an impressive list of enemies. Can Chloe find the killer before everyone packs up their kites and heads home? 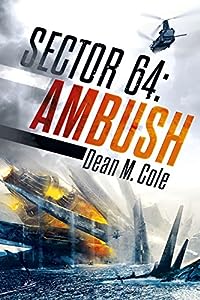 Sandra just discovered she’s pregnant, but with humanity on the brink of extinction, this Air Force Captain might be the world’s only hope. If you like action-packed, page-turning novels, then you’ll love the electrifying action in this apocalyptic thriller.

Independence Day meets The X-Files when Air Force fighter pilots Jake Giard and Sandra Fitzpatrick join a decades-old secret project to integrate today’s Earth into a galactic government. But when a galactic civil war spills onto our shores, plunging the planet into an otherworldly post-apocalyptic hell, can Jake and Sandy save humanity from extinction?
A Little More About Ambush…
As unknown aliens with a dark secret continue to raid the planet, Jake fights through a post-apocalyptic hell, struggling to comprehend the enigmatic aftermath of the first attack.

On the West Coast, Sandra’s squadron smashes against the invading aliens. Thrown to ground, Sandy wades through blazing infernos and demented looters in a desperate attempt to save her family.

Finally, with the fate of the world in the balance, both captains must take the battle to the enemy — humanity’s very survival hanging on their success.

The largest prize ever awarded by the EuroMillions lottery has been won by a lucky someone from a small village on the French Riviera. What starts out as the happiest day in history for the local inhabitants soon turns into a race against the clock to find the lucky winner and cash in the lottery ticket. A priest with verbal incontinence, a sweet little old lady with secret sexual fantasies about the local butcher, a village mayor who’s held power for thirty years, and a mailman in love with the wife of a villainous baker are just a few of the quirky characters who will make you laugh and occasionally bring a tear to your eye as you enjoy everyday situations taken to extremes. A Lucky Day is a heartwarming comedy peopled by a highly entertaining cast of characters.

Truly a novel to be savored slowly, if possible. 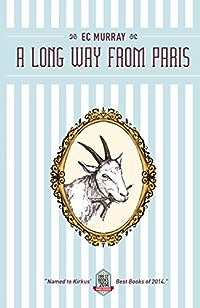 A Long Way from Paris
by E.C. Murray

In this searing story of transformation, meshed with reflection, romance, and mystery, Elizabeth herds goats during roaring blizzards in the mountains of Southern France. “Murray writes with grace, complexity, and humor… a rare balance of light and darkness..readers will weep… and they will laugh..” Kirkus. Set in 1980, Elizabeth carves out a life without heat, running water, or even a good grasp of French. Far from her younger days as a New England preppie and Oregon hippie, the challenges of farm work daunt her. She befriends an Australian shepherd, reflects on her spirituality, and muses on the man she left behind. Elizabeth grows stronger as she faces self-doubt while still maintaining her humor. She ekes fun where she can. When tragedy strikes Elizabeth’s adopted family, she summons belief in herself and becomes the leader they desperately need.