I have become that person. The one who cooks something and then posts pictures of it on Facebook. I did it at least three times yesterday. I kinda hate myself for it, but I also wanted people to see the spiffy stuff I created for Valentines Day. Heart shaped pizzas, Chocolate bowls filled with fruit, and oh so cute hot chocolate with heart shaped peeps floating on whipped cream. I have actually discovered the world of fixing food for my family. Hubby has always been the one to do it, but now I am taking it over and going a little nuts doing it. With Valentines day behind me I am going to take on baking breads. No more heart shaped anything, now its time to carb load! 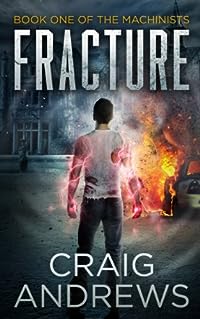 Allyn Kaplan’s life is anything but magical. As a first year associate at a prestigious Portland law firm, his professional life is on the rise. All that is turned upside-down by a mysterious attack on his life by strange people with stranger abilities. Thrust into an underground world of magic where rival Families are on the brink of war, Allyn wants only to return to his normal life and thriving career.

But distancing himself from this new reality is nearly impossible. Haunted by the attack and questioning why he was targeted to begin with, Allyn’s questions only deepen with the sudden disappearance of his sister. The only place to turn for answers, and for help, is a Magi Family whose agenda he wants no part of. Yet with his sister’s life on the line, he may have no choice but to pick a side. 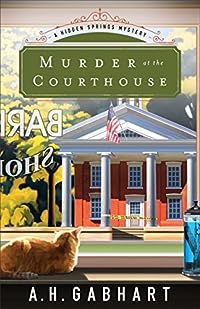 After a few years as a police officer in Columbus, Michael Keane has no trouble relaxing into the far less stressful job of deputy sheriff in his small hometown. After all, nothing ever happens in Hidden Springs, Kentucky. Nothing, that is, until a dead body is discovered on the courthouse steps. Everyone in town is a little uneasy. Still, no one is terribly worried–after all the man was a stranger–until one of their own is murdered right on Main Street.

As Michael works to solve the case it seems that every nosy resident in town has a theory. When the sheriff insists Michael check out one of these harebrained theories, his surprising discovery sends him on a bewildering search for a mysterious killer that has him questioning everything he has ever believed about life in Hidden Springs.

Bringing with her a knack for creating settings you want to visit and an uncanny ability to bring characters to life, A. H. Gabhart pens a whodunit that will keep readers guessing.

Get ready to meet some of the most compelling characters you’ve ever had the pleasure of knowing.

Love, Magic, Adrenaline features everything from werewolves battling for their place in the world to half-breed demons struggling against the darkness within to ancient elemental beings and conflicted fae. Add in a smattering of demigods, vampires and primeval magic forces, and you have the recipe for not just one or two, but ten compelling reads.

Reborn – Dean Murray
Jace, the new arrival at Selene’s school, seems perfect, but there’s more to him than meets the eye. Jace is part of an ancient war between immortal beings who return to fight again after being killed, and if Selene lets herself fall for him, she’ll be sucked into a fight she can’t win.

Wings of Shadow – Anna Kyss
When Meghan Kelly, eighteen-years-old and backpacking across England, descends into the century-old stone tunnels of the Underground, she plans on a hot date at a secret nightclub. Instead, she finds herself imprisoned and in a fight for her very survival.

Thrall – Jennifer Quintenz
Braedyn is a high school girl struggling to find her path and falling in love for the first time when she discovers she is a descendant of Lilith – an enticing demon who preys on the souls of mortal men. Now, Braedyn must choose between embracing her Lilitu powers or joining humanity in an ancient war between the Sons of Adam and the Daughters of Lilith.

Lichgates – S.M. Boyce
The final page will leave you breathless. Welcome to Ourea: a world of magic, monsters, royalty, betrayal, and a long-lost book of magic. Only the cunning will survive.

Dreamscape – Christie Rich
Orphaned Amelia Blake wants nothing more than to escape into her dreams where a handsome stranger waits for her every night, until the night he comes to take her into his realm — a dark, dangerous place filled with creatures eager to steal human souls. Amelia must learn to trust this strange, enigmatic man before the world falls into never-ending darkness and she loses any chance she has to find love.

Dirty Blood – Heather Hildenbrand
Sometimes family can be the death of you…
17 year-old Tara Godfrey’s normal life is uprooted when she comes face to face with death threats, werewolves, and family secrets in a single night. Her only ally? The hottest, most mysterious werewolf she’ll ever meet. And he doesn’t like her already.

Memory’s Wake – Selina Fenech
A troubled sixteen-year-old is lost and hunted in a land magically isolated from the rest of the world, filled with monsters, fairies, and dangerous secrets. She must find out who she is and why her memories were stolen before she is found by those who want her dead.

Shadow of Time: Dark Dreams – Jen Minkman
When do dreams erupt into reality?
After Hannah, vacationing in Arizona, meets handsome Josh from the Navajo reservation, she experiences disturbingly vivid nightmares about the Navajo nation’s past.

Silent Orchids – Morgan Wylie
Haunted by unfamiliar images and family secrets, 18 year old Kaeleigh has been seeking answers about who she is. She never expects those answers to come in the form of a warrior Faerie, or from a journey to another realm that will forever change her, her life, and the land she’s been called to.

Bound by Prophecy – Melissa Wright
Aern’s only job is to protect the chosen. Emily just wants her sister back. Together they’ll take on destiny. 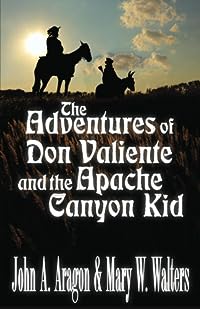 The Adventures of Don Valiente and the Apache Canyon Kid
by John A. Aragon, Mary W. Walters

The West will never be the same…

The orphaned eighteen-year-old stablehand Rosalind Grundy is seduced by a married woman, and faces a lynching after the pair is surprised in flagrante delicto. But she manages to escape with the aid of a strange and aristocratic old man who calls himself Don Valiente.

Don Valiente, having read too many dime westerns, has come to believe that he is a famous gunfighter. He thinks Roz is a young man named Ross, and he takes her under his wing, intending to teach her and to revive “The Code Of The Caballeros.”

Don Valiente and Roz embark on a series of comic adventures. But when they come upon a grisly murder scene and the trail of three escaped-convict killers, Roz realizes that her only chance to survive the imminent showdown and to reunite with her true love lies in her ability to separate Don Valiente’s madness from the eternal truths in his teaching. 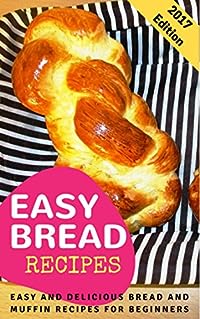 You won’t miss the easiest bread and muffin recipes with this book which will satisfy your families.

The newest edition of 2017 just arrived. Get it today with a limited time discount!