Demons Of The Past

Kyla Stone’s brand new release, Who We Are Instead as well as Beneath the Skin, are beautifully written and heart wrenching novels. Emotionally powerful, these tales will stay with you long after the last page. 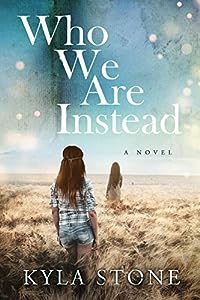 Who We Are Instead
by Kyla Stone

Twenty-one-year-old Lena McKenna thought she escaped her past when she earned a photography scholarship to a top university. It’s been two years since she’s seen her troubled younger sister Lux or set foot in the house haunted by the memories of her mother’s suicide.

Everything changes the day her father suffers a massive heart attack. Lena puts her dreams on hold and rushes home, only to discover that Lux has run away. As she cares for her dying father, Lena reconstructs the past, struggling to understand the betrayals and secrets that broke her family.

Things get even more complicated when Lena runs into a former crush, rekindling a romance she never thought possible. But how can she believe in love when everything around her is falling apart?

Meanwhile, eighteen-year-old Lux will do anything to forget. Anything. Nothing keeps the darkness at bay, not her sweet and loyal boyfriend, her love of astronomy, or her reckless descent into self-destruction.

As their father’s condition worsens, Lux leaves a trail of devastation in her wake. Lena must choose: escape her past and leave her sister–and her chance at love–behind, or turn and face the demons threatening to destroy them both.

Who We Are Instead explores the volatile relationship between sisters, the legacy of mental illness, and the healing power of hope and redemption. For fans of Jay Asher’s Thirteen Reasons Why and John Green’s Looking for Alaska. 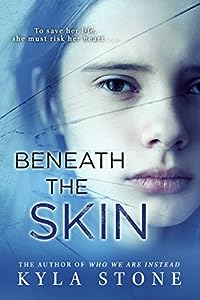 Beneath the Skin
by Kyla Stone

For eighteen-year-old Sidney Shaw, life pretty much sucks. Her mom’s a drunk. Her dad’s worse. At school, she’s bullied by her ex-best friend. Cutting no longer brings the relief she craves. Something’s got to give.

When Sidney is forced into group counseling, she meets perfect, popular Arianna, the type of girl who grieves over a broken nail. But Arianna has secrets of her own. She might prove herself a friend–if Sidney can let her guard down. Then there’s Lucas, the sweet and funny new guy who sees straight through her tough, snarky façade.

But Sidney’s wounds go deeper than anyone knows. When her secrets threaten to unravel her, Sidney must choose. How far is she willing to go to protect her family? And who can she turn to when the unthinkable happens?

For fans of Laurie Halse Anderson’s Wintergirls, Kathleen Glasglow’s Girl in Pieces, and Ellen Hopkin’s Identical. Beneath the Skin is a gut-wrenching exploration of trauma and resilience, the redemptive power of friendship, and how we piece our broken selves back together, one shard at a time.