Just The Two Of You

Now that my birthday has passed and there are no hedgehogs in my lap getting cuddles, it’s time to move on. After a bit more research I discovered that not only is it illegal to own hedgehogs in California, but if the authorities find out they will most likely kill it. So let’s just say I’m moving on. It’s pretty easy to do when your youngest baby basset has decided that he really wants a guinea pig. Okay… THAT I can do. So the research and search begins. I am going to have a lot of fun designing their outdoor habitat. Soon we are going to have chickens, guinie pigs and a cat running around in the backyard. The cat won’t be running so much and laid out sunning himself, but he will still be part of the group. 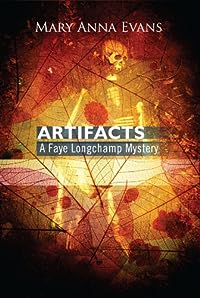 Faye Longchamp has lost nearly everything except for her quick mind and a grim determination to hang onto her ancestral home, Joyeuse, a moldering plantation hidden along the Florida coast. No one knows how Faye’s great-great-grandmother Cally, a newly freed slave barely out of her teens, came to own Joyeuse in the aftermath of the Civil War. No one knows how her descendants hung onto it through Reconstruction, world wars, the Depression, and Jim Crow, but Faye has inherited the island plantation — and the family tenacity. When the property taxes rise beyond her means, she sets out to save Joyeuse by digging for artifacts on her property and the surrounding National Wildlife Refuge and selling them on the black market. A tiny bit of that dead glory would pay a year’s taxes. A big valuable chunk of the past would save her home forever.

But instead of potsherds and arrowheads, she uncovers a woman’s shattered skull, a Jackie Kennedy-style earring nestled against its bony cheek. Faye is torn. If she reports the forty-year-old murder, she’ll reveal her illegal livelihood, thus risking jail and the loss of Joyeuse. She doesn’t intend to let that happen, so she probes into the dead woman’s history, unaware that the past is rushing up on her like a hurricane across deceptively calm Gulf waters… 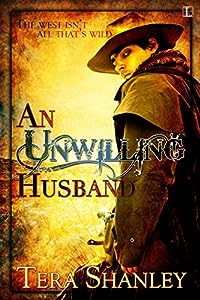 An Unwilling Husband
by Tera Shanley

Will a child of Society have the backbone to love a tough, wild west cowboy?
For adventurous Margaret Flemming, arrived from Boston to be with her father, the Old West town of her childhood is a far cry from the drawing rooms and balls of the high society life she’s used to. Her fancy gowns and proper manners have no place in the dusty, cruel land inhabited by Indians and rough cowboys. And her fiercely independent streak constantly gets her in trouble. When tragedy strikes, there’s only one person she can turn to–her childhood friend, Garret Shaw–but he’s disgusted with her Society ways.

With his ranch under attack from the land-grabbing Jennings, the last thing Garret needs is to be saddled with a high-falutin’ lady. Even if she is his friend’s daughter and her kind ways tug at his hardened heart. Duty to her father forces them to wed, but he knows sure as anything, when the chance comes along, she’ll go back to Boston. No matter how much he wants her, loving her is not a risk he can take.

Will Maggie choose a life of luxury and ease over struggle and hardship with an ill-mannered cowboy? Only her heart can answer.

CONTENT WARNING: A potty-mouthed proper lady, a reluctant bridegroom and all kinds of trouble. 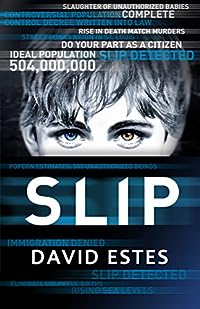 Someone must die before another can be born…
As sea levels rise and livable landmasses shrink, the Reorganized United States of America has instituted population control measures to ensure there are sufficient resources and food to sustain the growing population. Birth authorization must be paid for and obtained prior to having a child. Someone must die before another can be born, keeping the country in a population neutral position at what experts consider to be the optimal population. The new laws are enforced by a ruthless government organization known as Pop Con, responsible for terminating any children resulting from unauthorized births, and any illegals who manage to survive past their second birthday, at which point they are designated a national security threat and given the name Slip.

But what if one orphan slipped through the cracks? What if someone knew all the loopholes and how to exploit them? Would it change anything? Would the delicate resource balance be thrown into a tailspin, threatening the lives of everyone?

And how far would the government go to find and terminate the Slip?

In a gripping story of a family torn apart by a single choice, Slip is a reminder of the sanctity of a single life and the value of the lives we so often take for granted. 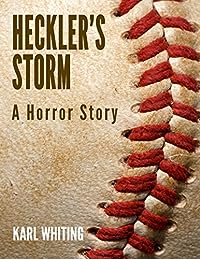 Craig is a minor league shortstop trying to stay afloat in a cutthroat game. But someone in the stands has chosen him, just him, and he’s been “blighted.” Before long, he is the sole witness to increasingly fucked-up events. People are getting sick and dying gruesome deaths, but no one else seems to notice or care.

His heckler has no face and takes on many forms, but her objective is clear: Craigie will melt, and Craigie will burn. And Craig’s wife may be her ultimate conduit.

HECKLER’S STORM is a 16,000 word “novelette,” but you might want to think of it as a very long short story or a pretty short novella in case you were like Karl and had never heard the word novelette before. 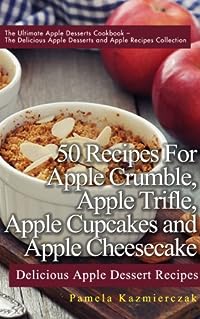 Are you looking for Recipes for The Perfect Apple Dessert? This cookbook has recipes for apple crumble, apple trifle, apple cheesecake and apple cupcakes!

This cookbook has a little bit of everything when it comes to desserts. Whether you are looking for traditional apple recipes and desserts or a little more unique, this is the perfect cookbook for you!

Enjoy the delicious taste of apples in a variety of Apple dessert recipes today!