I forgot all about sunflowers! This is what I panicked about as I woke up this morning. Full, blown panic. It took me a full five minutes to realize that not only do I still have time to plant sunflowers if I want to, but also that I don’t actually have a deep desire to grow sunflowers this year. I am leaning more towards French Lavender. I love Monday mornings that are part of three day weekends. It’s these random thoughts that fill my head instead of having to work. 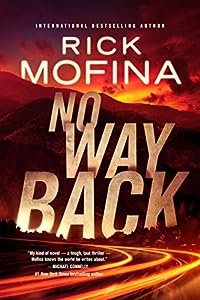 No Way Back
by Rick Mofina

San Francisco crime reporter Tom Reed is burned out. On the day he decides to finally quit the news business, a sensational story breaks. A heart-stopping robbery-homicide at a jewelry store. The suspects have shot and killed a police officer before fleeing with a female hostage. Reed rushes to the scene, his passion resurrected for one last big story.

Arriving at the chaos, Reed is stunned to learn from a staff member, still clutching a receipt, that the hostage is his wife, Ann Reed.

Horrified, Reed confronts San Francisco Homicide Inspector Walt Sydowski and other detectives on the case. All know the odds.

Reed is paralyzed with anguish, but his son, Zach, refuses to give up hope of finding his mother, despite the grisly trail left by the killers. Now the clock is ticking down as Reed battles his demons and Sydowski in a life and death search for Ann.

Once Upon a Cowboy (Cowboy Fairytales Book 1)
by Lacy Williams

After nearly dying in an assassination attempt, Princess Alessandra of Glorvaird escapes to a place no one would ever think to look for her: small town Oklahoma and a ranch staffed by a herd of wooly, uncouth cowboys. One cowboy in particular gets under her skin, until she sees his softer side. She knows this interlude can’t last forever, but that doesn’t stop her from wishing it might…

Once Upon a Cowboy is a contemporary western retelling of the Snow White fairytale and Book 1 in the Cowboy Fairytales series. 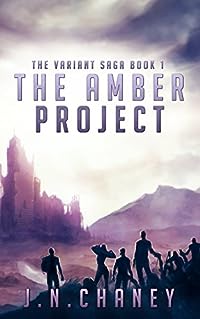 Everything is a grave.

In 2157, a mysterious gas known as Variant spreads across the globe, killing or mutating most organic life. The surviving humans take refuge in an underground city, determined to return home. But after generations of failures and botched attempts, hope is beginning to dwindle. That is, until a young scientist makes a unique discovery–and everything changes. Suddenly, there’s reason to hope again, and it rests within a group of genetically engineered children that are both human and Variant.

Terry is one of these children, modified and trained to endure the harsh conditions of a planet he cannot begin to understand. After years of preparation, Terry thinks he knows what to expect. But the reality is far stranger than anything he can imagine–and what he will become is far more dangerous.

When We Last Spoke
by Marci Henna

With the heart and humor of Fannie Flagg’s Fried Green Tomatoes and Rebecca Wells’s Divine Secrets of the Ya-Ya Sisterhood, author Marci Henna introduces you to the Cranbournes — a mostly lovable and undoubtedly nutty family who’ve had more than their fair share of hard times.

A beautiful blend of tears and laughter, When We Last Spoke tells the tale of sisters Juliet and Evangeline, who are dropped off by their Broadway-bound mother at their paternal grandparents’ Texas ranch in 1967. After their cherished father is killed in Vietnam, the girls are orphaned. Still mourning their son’s death, grandparents Walt and Ruby accept their role as guardians, only to be surprised soon after by another permanent houseguest’s arrival — Walt’s kooky mother, Itasca.

Fast-forward to the present, where the warmhearted home in which the girls grew up is now just a faint memory. The estranged sisters are in need of a good dose of Walt’s famous stargazing wisdom: “You’ve got to look real close. Pay attention to what’s around you in this life. You’re liable to miss something important if you don’t.”

Packed with plenty of quirky characters and hilarious escapades, this must-read novel also digs in deep to the things that matter most — family, friends, love, and forgiveness. 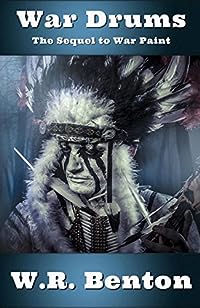 War Drums: (The sequel to War Paint)
by W.R. Benton

The sequel to the bestseller “War Paint”
Bear, Ty Fisher, and Jarel Wade team up in a new action-packed adventure. When the trio of mountain men catch wind of a Sioux plan to ambush the annual Fur Rendezvous supply wagon train, the spring into action. They know if the goods are lost, not only would it cost the lives of fifty men accompanying the wagons, but devastate the trappers counting on the much-needed supplies.

Hoping to avoid the brewing conflict Bear arranges a meeting with the Sioux war chief, Hump. Bear learns the Sioux are being given guns by none other then “Red” McCarty’s brother, Samuel. Seeking retribution for the death of his brother, Samuel has murder on his mind. As payback he kidnaps Bear’s new wife, Brown Eyes Speaking, and his stepson, Toad. Samuel knows the mountain man will come looking for his family and he can force a showdown.

Bear refuses to allow anyone to take his family away again; he’s already lost his first wife and their unborn child. Now he’s racing against time. Sharpening his knife and loading his guns, he’ll head into the mountains on a rescue mission and to face off against another vicious McCarty.