A Walk In Your Claws

Today we are off to the San Fransisco Academy of Science, or as my baby bassets like to call it, the Academy of Scientists. I haven’t corrected them yet on that one.. maybe when they are 30. The place is fantastic with the T-rex, sea horses, and simulated earthquakes, but my favorite part is the mascot. When I first saw the mascot I thought the museum staff were crazy. The mascot is a pure white alligator. WHITE!!?? Kids are dirty, with sticky fingers and should never be mixed with white. I thought it was crazy to have someone walking around in such a costume. Until I saw the kids reaction. Hahaha…. they all run scared, and some even cry. I would honestly pay to be able to walk around in that thing. I don’t care how hot it gets. I’m in! 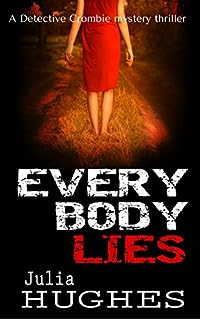 A convicted conman flees the country, never to be seen again.
A fading rockstar on the brink of a new career as an actor, commits suicide.
A talented ballet student boards a train, and never arrives at her destination.

Three days before Christmas, hedonist MP Henry Drayton-Maye invites a handsome stranger home for dinner. However, his new acquaintance is an escaped convict with devious intentions. Alerted by an anonymous phone call, the police discover Henry shackled to his bed. The possessions reported stolen are soon recovered, and although the convict has fled the country, apart from Henry’s reputation, there appears to be no harm done.

Months later, the convict’s ex-partner in crime, Rex Raven, is found dead inside his locked study. The verdict is suicide. But then Rex’s teenage daughter disappears, along with a mysterious Scandinavian youth.

To find the missing teenagers, Detective Inspector Crombie must first untangle a web of intrigue woven around family secrets and is furious to discover that even his superiors have deceived him.
But as the big fellow already knows, everybody lies.

Everybody Lies is a Detective Crombie mystery thriller 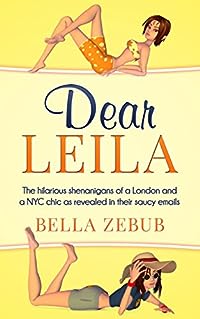 Dear Leila: The hilarious shenanigans of a London and NYC chic as revealed in their saucy emails.
by Bella Zebub

Sex and the City meets Bridget Jones in a laugh out loud chick-lit tale of two women in two cities.

When Leila and Kimi reignite a high friend school friendship via an on-line exchange some years later, the results are a hilarious batch of frank and feisty emails flying across the Atlantic.

Leila, in London, is single and playing the field with the emphasis on playing. Kimi is in NYC heading for splitsville with her cranky and possibly cheating hubbie. They bare all in their spicy emails to each other about the bad, mad and dangerous to know of the male world and how there is a fine line between love and farce.

A thoroughly modern and quirky tale of life, love and lust in 2015 and how social media has lead to a very new moral or immoral code. 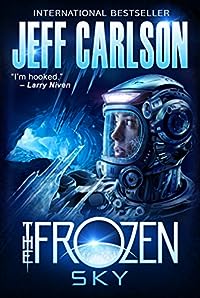 The Frozen Sky (the Europa Series Book 1)
by Jeff Carlson

Something is alive inside Jupiter’s ice moon Europa. Robot probes find an ancient tunnel beneath the surface, its walls carved with strange hieroglyphics. Led by elite engineer Alexis Vonderach, a team of scientists descends into the dark… where they confront a savage race older than mankind…
FIRST CONTACT

Based on the award-winning short story, The Frozen Sky is a new full-length sci fi thriller novel from the international bestselling author of Plague Year. 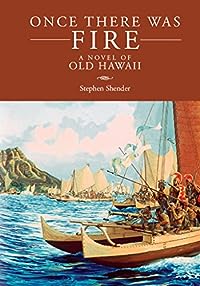 Once There Was Fire: A Novel of Old Hawaii
by Stephen Shender

A work of fiction informed by history, Once There Was Fire is the story of Kamehameha the Great, who rose from inauspicious beginnings on the Big Island of Hawai’i in the mid-1700s to conquer the entire archipelago by 1810. The founder of the Kingdom of Hawaii, Kamehameha was born into a Neolithic society, unchanged for generations since the islands’ settlement by voyagers from distant Polynesia a thousand years earlier. As a young man, Kamehameha witnessed the arrival in the Islands of the English explorer, James Cook, in 1779 — a culturally seismic event for the Hawaiians. Kamehameha was the first among his people to grasp the transformative implications of Cook’s visit, an understanding he would later turn to advantage in struggles with his rivals.
Once There Was Fire brings a little-understood, historically remote era to life through the words and actions of its memorable characters: Kamehameha, his strong-willed and rebellious consort, Ka’ahumanu, his favorite brother, Keli’imaika’i, and Kamehameha’s sons, nephews, comrades in arms, haole advisers, and bitter enemies. The novel invites readers to see Hawaii of the mid-18th and early 19th centuries as the old Hawaiians themselves might have seen and experienced it on the cusp of their passage from splendid isolation to the wider world. 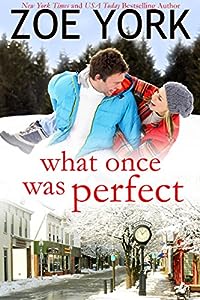 What Once Was Perfect: A Small Town Romance (Wardham Book 2)
by Zoe York

She’s always owned a piece of his heart.
Teacher, carpenter and Wardham’s #1 son, Kyle Nixon has a pretty sweet life. But he can’t shake the secret that he broke Laney Calhoun’s heart a decade earlier when she left for medical school–alone.

He was her first love… Laney’s back in her hometown for the first extended holiday visit… ever. And it doesn’t take long for the guy who was her first everything to be thrown in her path. And Kyle still takes her breath away, still makes her laugh, and still sees all of her secrets better than anyone else ever has.

But is a week of holidays enough time to prove he’s a different man than the one who let Laney go?

Hot guys, real women, unbelievable passion: small town romance with modern heat. Laney and Kyle reconnect in the bedroom, the living room, and even a barn. No Altoids were harmed in the making of this book.

Each Wardham story is standalone and features a HEA ending. No cliffhangers!