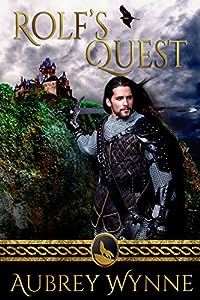 A wizard, a curse, a fated love…
When Rolf finally discovers the woman who can end the curse that has plagued his family for centuries, she is already betrothed. Time is running out for the royal wizard of King Henry II. If he cannot find true love without the use of sorcery, the magic will die for future generations.

Melissa is intrigued by the mystical, handsome man that haunts her by night and tempts her by day. His bizarre tale of Merlin, enchantments, and finding genuine love has her questioning his sanity and her heart.

From the moment Melissa stepped from his dreams and into his arms, Rolf knew she was his destiny. Now, he will battle against time, a powerful duke, and call on the gods to save her. 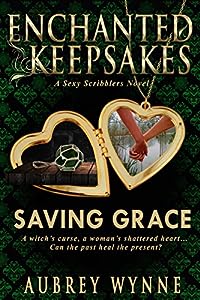 The ghost of the Pungo Witch meets a shattered heart.
Jackson Hahn, Virginia Beach’s local historian, has his eyes on the mysterious new woman in town. When she enters his office, he is struck by her haunting beauty and the raw pain in her eyes. Her descriptions of the odd events happening in her bungalow pique his curiosity.

Chloe Hicks’ life consisted of an egocentric ex-husband, a pile of bills, and an equine business in foreclosure until a fire destroys the stable and her beloved ranch horse. What little hope she has left is smashed after the marshal suspects arson. She escapes the accusing eyes of her hometown, but not the memories and melancholy.?

The sexy historian distracts Chloe with the legend of a woman wrongly accused of witchcraft. She is drawn to the story and the similarities of events that plagued their lives. Perhaps the past can help heal the present. But danger lurks in the shadows… 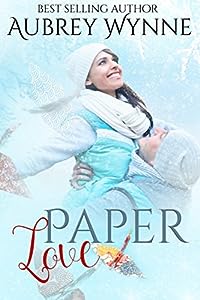 Growing up in a Papua New Guinea mission, Joss Palmateer is a gentle soul with a unique view of life. Still adjusting to a new home in the U.S and the sudden loss of her mother, love is the last thing on her mind.

Sexy physical therapist, Ben Montgomery, meets his sister’s friend and the sparks fly. He takes it as a challenge when she ignores his advances, but it’s her extraordinary inner beauty that captures his heart.

With the help of a stray homing pigeon and an old origami legend, Ben sets an unwavering course of romance to win her love. 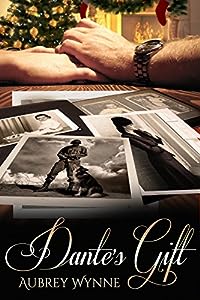 Kathleen James has put her practical side away for once and looks forward to the perfect romantic evening: an intimate dinner with the man of her dreams — and an engagement ring. She is not prepared to hear that he wants to bring his grandmother back from Italy to live with him.
Dominic Lawrence has planned this marriage proposal for six months. Nothing can go wrong — until his Nonna calls. Now he must interrupt the tenderest night of Katie’s life with the news that another woman will be under their roof.

When Antonia’s sister dies, she finds herself longing to be back in the states. An Italian wartime bride from the ’40s, she knows how precious love can be. Can her own story of an American soldier and a very special collie once again bring two hearts together at Christmas?

Love Across Time: A Multi-genre Romance Collection
by Multiple Authors

Enter the world of yesterday… Ten full-length historical and time travel romances by bestselling authors will take you from Ancient Egypt to the British Regency to the American West and more.

Sexy, stubborn heroes and beautiful, daring heroines follow their hearts to prove love does indeed transcend time. Explore another century and find your timeless happily ever after.

SCANDALOUS ENDEAVORS by AMANDA MARIEL
Lady Amelia’s willing to create a scandal to stay in her beloved England. A Scottish duke ignites her passion, but will she abandon her endeavor for love?
COUNTERFEIT COUNTESS by LYNNE CONNOLLY
John comes back from Waterloo to an inheritance he doesn’t want and a wife he didn’t know he had. The new Earl of Graywood discovers a woman claiming to be his wife, but he’s never met her before!
STEALING A LADY’S HEART by TAMMY ANDRESEN
Graham Fairfield needs a miracle, not the troublesome daughter of a duke, Lady Charlotte. When she is kidnapped, Graham knows it his duty to set his own troubles aside and save her.
FAITH AND THE TEXAS LAWYER by CARRA COPELIN
Faith Daniels is transported from 2016 Galveston, Texas to 1900 Galveston, in time for the most devastating natural disaster on record. When a strange woman shows up inside Joe Benning’s house telling fantastic stories of disaster and destruction from a hurricane, can he let her go to save her life?
TIMELESS HEART by KARYN GERRARD
School teacher Sandra Cranston discovers an abandoned carriage along with Jerrod Ross, who claims to be from 1821, fueling all of her wicked Regency fantasies. Torn between duty and desire, past and future, the hardest thing Sandra and Jerrod will do is admit their feelings. Or say — goodbye.
FALLING by MEREDITH BOND
Long-hidden secrets, ageless magic, forbidden romance — nothing Erin could have ever imagined when she called on a hypnotist to cure her of her fear of falling. When fate gives Erin and David a second chance they need to find their happily ever after before things go very wrong… again.
ROLF’S QUEST by AUBREY WYNNE
Rolf Arbrec must find genuine love to lift the enchantment that has imprisoned his ancestor, Merlin, for centuries. The happiness of future generations depends on his quest: win Melissa’s heart without the use of magic. But the noblewoman is unwilling to defy her family and refuse her betrothed. Will Melissa accept her fate or will time run out for the royal wizard of Henry II?
PASSION’S CHOICE by JANIS SUSAN MAY
Tourist Elissa McLaughlin falls over the edge of the Hathor chapel reconstruction at Deir el Bahri, but when she lands she finds herself in the time of its construction. Taken as a pleasure woman by the general in charge of building, she soon finds herself constrained to a dangerous masquerade in the center of political intrigue that could change the course of Egypt’s history forever. It is no time to fall in love…
THE ART GALLERY by KATIE STEPHENS
Lucas came back from the dead to claim Kara, but Quinn would battle him across time to possess her love.
WITCH by ELENA KANE
When suspicion is everywhere, how can love be found? Especially, when you’re the one the they seek.