Yesterday I got some great news and it felt like Christmas and my birthday all rolled into one. The gentleman, that my partner in crime and I had gotten our beehive from late last summer, called to say that he had two more hives available if we wanted them. FOR FREE!! I just about screamed for joy. Which would have been really a bad thing to do because screaming into the phone is usually considered bad form. That would bring us up to four hives. I couldn’t be more excited! I am hoping by this next Christmas we will have beeswax candles and honey for everyone for Christmas. 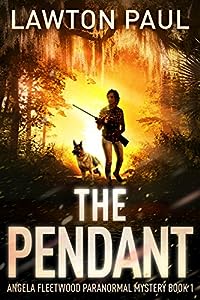 Reeling from the death of her husband, Angela Fleetwood isn’t ready for a fight. But when her neighbor turns up dead, Angela is forced to find the killer or watch an innocent young man go to jail for life.
The Sheriff says it’s not murder, but the deeper Angela digs, the closer she gets to the truth: A truth that extends 50 years back to WWII Germany and one night in a Wehrmacht hospital. What was the old lady hiding that someone would kill for? Can a woman who considers herself broken beyond repair, armed with an old Winchester, transform into a hero?
The Pendant is murder mystery with a strong female lead, and has historical and paranormal elements. 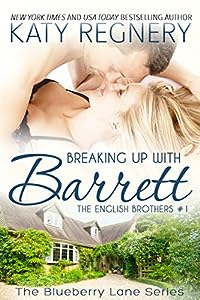 Breaking Up with Barrett is the first of six books about the Philadelphia-based, wildly-handsome English brothers who are all on the look-out for love.

(Except Alex. He’s a womanizing manwhore. And maybe Stratton, because he’s wicked hot, but super awkward around girls.)

Barrett English, aka “the Shark,” is the fair-haired, first-born of the English brothers, and the CEO of the oldest, most prestigious investment banking firm in Philadelphia. He rules the boardroom with an iron fist, refusing to take no for an answer and always getting his way.

Emily Edwards, a first-year doctoral student at the University of Pennsylvania, grew up in the gatehouse on the outskirts of Barrett’s childhood estate. The daughter of his family’s gardener and housekeeper, she was always looking through the window of privilege, but forced to remember her place at the very periphery of the kingdom.

When business partners suggest that a fiancee might soften Barrett’s image over business dinners, he approaches Emily for the “job” of fiancee. And while love wasn’t necessarily on Barrett’s radar, he begins to realize that Emily always has been. But will his take-no-prisoners boardroom tactics work on the heart of the woman he loves? 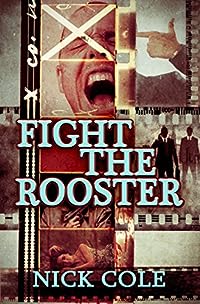 Fight the Rooster
by Nick Cole

The story of one man’s attempt to ruin his career in order to save his life.

The Great Director is a man convinced that the movies he’s pouring his heart and soul into are killing him. After a series of dubious therapy sessions, he becomes convinced — while eating a pretzel — that he must do the unthinkable to save his life: he must ruin his next picture. Instead of filming a masterpiece, he intends to shoot the equivalent of Brad Pitt reading the telephone book, except without Brad Pitt.

But mayhem and destruction are not so easily accomplished. Slacker producers, a has-been cinematographer, a junkie gambler action hero who’s run out of credit, smarmy players looking to bend any concept into next summer’s blockbuster, and a cast of grumbling, griping, hardworking malcontents do everything in their power to prevent the Great Director from wrecking his movie and escaping the business alive.

Part Catch-22, part The Player, Fight the Rooster is an eclectic, funny, and unpredictable thrill ride through life and Hollywood. 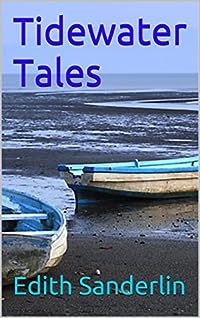 Edith Sanderlin was born in 1841, in a small town located on Virginia’s Eastern Shore. Her delightful character sketches were discovered in a dusty attic many decades after her death, and published in two volumes: “Customs and Superstitions of the Southern Negro,” in 2012; and this collection, “Tidewater Tales,” in 2014 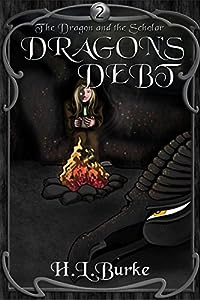 Dragon’s Debt (The Dragon and the Scholar Book 2)
by H. L. Burke

Scholar Shannon Macaulay and the Dragon-Prince Ewan have been traveling together for a year when their blissful companionship is interrupted by a cryptic message from their friend Martin.

“Come to Westshire. Edmond needs you.”

Drawn to his brother’s aid, Ewan finds himself hunting an elusive monster: a winged beast kidnapping young women and stealing their memories. Its latest victim is the Princess Brighid of Westshire, the very girl Edmond has recently fallen for, to the disapproval of her temperamental father, King Riley, and stoic brother, Prince Ryan.

Ewan is determined to rescue his brother’s beloved, no matter what the cost. But when Ryan’s eyes fall upon Shannon, the dragon realizes the cost might be greater than he is willing to pay.