Death Is The Begining

The Moon Tortured series by author McKenzie Hunter is the perfect read for fans looking for a new and unique character driven urban fantasy series. Well written, with dark, but very likable characters, readers will find this new take on the genre refreshing and very entertaining. Enjoy! 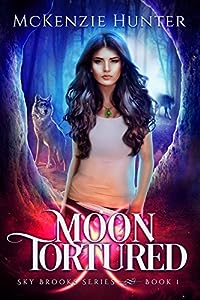 Sky Brooks’s life started with a death — her own. Sky’s spent the first twenty-three years of her life unaware of this, among other things. She always thought she was just a shapeshifter until she wakes up in a strange house in rural Illinois — battered, bruised, and with only vague memories of her mother’s death at the hands of vampires.