Everyone Is A Suspect

These explosive thrillers by screenwriter Mark Hosack are fast-paced novels that introduce exciting new heroes that will keep you on the edge of your seat. Enjoy! 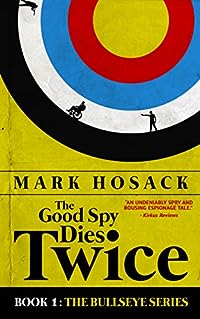 Jake Boxer, investigative journalist and host of the conspiratorial news show Bullseye, is in serious trouble. Not only is his soundman murdered by Russian intelligence agents while reporting on a secretive New World Order, but his network cancels his show, leaving Jake humiliated and spiraling into a deep dark depression.

Years later, a condemned murderer, who claims he was abandoned by the CIA, and who starred in an early episode of Bullseye, is finally executed for killing two supposed Soviet spies back in the 1970’s. Jake Boxer, still trying to piece his life back together, is on his honeymoon in a posh ski resort in the Alaskan mountains when he gets word of the inmate’s execution… and the old killer’s final words: “The good spy dies twice.”

Those five words, seemingly meant for Jake, draw the ex-reporter out of his forced retirement and into a complex and deadly global conspiracy involving his newlywed wife, the secretive New World Order, and the hotel’s hundred or so “guests.”

Everyone is a suspect. 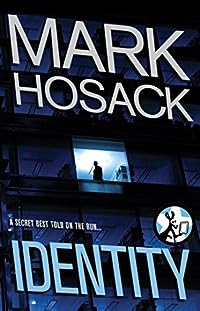 One day Paul Majors is a respectable businessman looking into some accounting irregularities in his office’s parent company. The next he’s wading through a murky world of dark finance, uncovering a vast web of illegal activities in the CEO’s executive circle, being hunted by a ruthless corporate assassin and the FBI, and getting sucked into a second company’s illicit dealings.

As he travels across the United States to unravel the twin mysteries he’s caught in, it’s not clear who Paul can trust — or even who is who. The woman who seduced him at the hotel bar might be there to help, or take him out. The government agents change with a chameleon’s ease. Heck, even Paul’s running around under an assumed name!

In this corporate shell game of names and motivations, Paul’s got 1,500 loyal employees — and his own life — on the line. But it’s becoming dangerously clear that Paul himself is not Too Big to Fail… or to be killed.