In just a few hours our new additions to the family will be here! My friend was at a guinea pig and rabbit show yesterday (she may have been judging) and she was going to meet up with a friend of hers that was a very good breeder. Yesterday morning she surprised me when I answered the phone and realized we were on video chat. You can tell by the way I say that, that I am very unfamiliar with the technology. Thankfully I was already dressed for the day since I had to go to the feed store to buy some supplies for the new piggies. It had to be one of the most delightful telephone/video conversations I have ever had, as she held up piggy after piggy, showing me all of my choices. They didn’t seem to be enjoying it much because they were squeaking and wiggling the whole time. I almost said just get them all. Who could resist! After much debate we decided on two sweet little baby boys. Now we wait. I hate waiting. 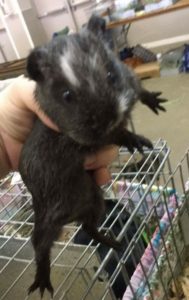 Here is a little preview of the first piggy. It’s a little blurry because he just didn’t want to cooperate. 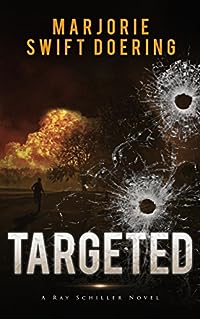 Repaying a debt of gratitude becomes costlier than Detective Ray Schiller ever could have imagined possible. A beautiful friend from his past becomes the prime suspect in her estranged husband’s murder. Ray’s insistence on her innocence, despite overwhelming evidence, gets him removed from the case for conflict of interest, which leaves the case in the hands of his partner Dick Waverly.

As stubborn as he is loyal, Ray’s inability to maintain a hands-off approach to the investigation leads to conflict of a far more personal nature. His involvement and the killer’s twisted mindset collide, leading him on a nightmarish race to save everything he holds dear. 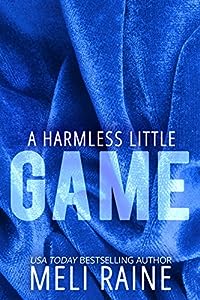 Four years ago I lost my virginity on live, streaming television.

Too bad I wasn’t awake for it.

The video went viral. Of course it would. A Senator’s daughter on camera? Wouldn’t you click “share”? Besides, that’s what three of the four guys in the video did.

But that fourth guy? The nondescript one in the background in the upper left corner of the screen, just sitting on the couch? The only one who did nothing?

Not one single thing.

That was my boyfriend, Drew.

And that was the last time I saw him.

Until today, when my father — now on a path to the White House — hired him as head of security for my new team as I return home after four years of “recovering” in an undisclosed location that involved white lab coats, needles, pills and damage control.

You see, the other three guys never went to jail. Never had charges pressed.

* * *
A Harmless Little Game is the first in this political thriller/romantic suspense trilogy by USA Today bestselling author Meli Raine. 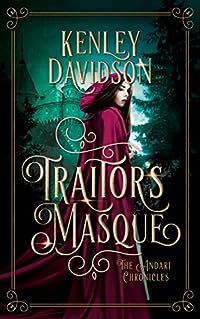 Trystan has only two goals — to free herself from her stepmother’s household and to live her life on her own terms. But she cannot do so alone. In her desperation, she accepts the aid of a mysterious band of conspirators in exchange for her promise to help protect the kingdom. Trystan is uncertain whether her new friends can be trusted, but then she meets Donevan, a compelling and enigmatic young man whose face haunts her dreams.

Caught between her desire for love and the needs of a kingdom in turmoil, Trystan attends the Royal Masque, where she learns that her quest for a happy ending may have betrayed the man she loves. Plunged headlong into a nightmare of duplicity, espionage and intrigue, she will have just one chance at redemption, though she may be forced to sacrifice everything she’s ever dreamed of to prevent her kingdom from falling into the hands of a ruthless adversary.

An unforgettable tale of romance, intrigue and suspense, Traitor’s Masque is the first book of the Andari Chronicles, a series of interconnected but stand-alone fairy tale retellings. 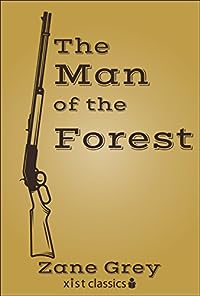 The Man of the Forest (Xist Classics)
by Zane Grey

Would You Risk Your Life for Someone You Don’t Know?
“O Lord, blaze the dim, dark trail for them through the unknown forest of life! O Lord, lead the way across the naked range of the future no mortal knows!” – Zane Grey, The Man of the Forest

Milt Dale is a solitary hunter but when he overhears a discussion about a possible kidnap and killing, he decides to leave his old life behind and save Helen Raynor. But will he succeed? And will he ruin the bad guys’ plan of taking over Al Auchincloss’ – Helen’s uncle – ranch? 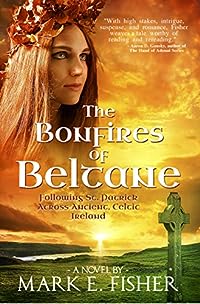 The Bonfires of Beltane
by Mark E. Fisher

Beyond the sea lies ancient, Celtic Ireland, a proud land where tradition is everything and travel through the wild can mean slavery or death. There the Roman evangelist, Saint Patrick, carries a message of love, hope, and salvation — a message that threatens kingdoms, rulers, and powerful druid advisors. When Taran mac Teague join’s the fight, he promises his beloved Laurna he’ll return. But will he? Can he? Or will the realm of spiritual darkness prove too strong.

As the druids seek to remain in power and prevent the pair from changing their ancient, Celtic ways, will Taran find the price of spiritual truth and liberty more than his heart can bear?