I read that listening to a cat purr is good for your health. I decided that since my kitty Sinny is as big as a pillow, and wasn’t earning his weight around the house, it was time to put him to work. I was kinda half joking when I lay my head on his fluffy soft belly. I thought it would be too heavy. Instead he started purring pretty darn loud and made no attempt to move. Seriously! Cat pillows are pretty relaxing. I highly recommend everyone go out and adopt a fat cat. 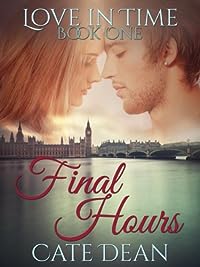 Time brought them together – will it also tear them apart?

Elizabeth Barritt fought hard to put her childhood behind her. Now she has the chance to move forward, to reach out for a new future.

And she does – right into Jackson Kane’s path. He is a time traveler, from the future, and on the hunt for a rogue agent.

Their attraction is immediate, unexpected – and for Kane, an unwanted distraction. When he is injured protecting Elizabeth, she makes a decision that will change both of their lives. She takes him home.

Once Kane is healed, he goes after the agent. But his journey back to war-torn London takes a sideways turn, forcing Elizabeth to make another choice. She follows him into the past, to help him stop one man from changing their future. 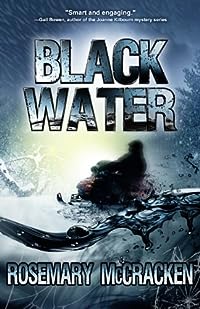 ***Somewhere in this book is a hidden “Easter Egg,” a bold text link to 3 FREE Qwickie novellas by 3 bestselling authors. This is a time limited offer, so happy reading and hunting!

How strong is a mother’s love?

When Pat Tierney’s daughter, Tracy, asks her to help find Tracy’s partner, Jamie Collins, their mother-daughter relationship is stretched to the limits. Pat heads out to cottage country where an elderly man, who killed Jamie’s sister in an impaired driving accident ten years ago, has perished in a suspicious fire. Unfortunately, Jamie is the prime suspect.

Pat takes charge at the new branch her investment firm has opened in the seemingly idyllic community where Jamie grew up, and her search for Tracy’s missing sweetheart takes her through a maze of fraud, drugs, bikers and murder.

Once again, Pat proves that family can always count on her. 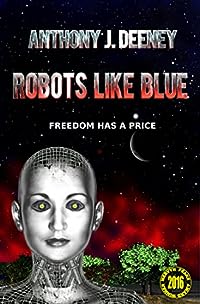 When asked, “Robot, are you self aware?… Do you think that we are self aware?”
Robot thought briefly, then responded, “Does it matter?”

Robot, Robbie, is just one of one hundred new robots. Running revolutionary new software, these robots are truly unique. His only desire is to serve Lucy Walker. Brian Webster, his developer, also installs “The Governor” overseeing software that adds an additional safety layer, but this denies the robots free will.

Hoping to develop the robots further, Brian inadvertently opens a channel where the robots can communicate and share their experiences.

One hundred intelligent, enslaved robots, collecting and sharing data on humans… Surely, they must learn to serve humans better?

After all, they are programmed to serve.

Lucy wants help following a deep loss.
Brian wants commercial success.
Robbie wants to serve Lucy Walker… or so he believes…
“Robots Like Blue” follows Robbie on his emotional journey of self discovery. A journey where questions lead to more questions, rather than answers. Where will such a journey end? 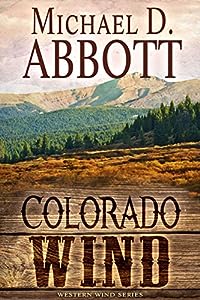 After suffering the loss of both of their parents in pro-slavery Missouri, Zephram and John Henricksen are sent to live with their aunt and uncle in Lawrence, Kansas, the heart of the western abolition movement. When Confederate guerrillas set the town on fire, the family flees north to Nebraska, bringing them in contact with “Buffalo Bill” Cody, “Wild Bill” Hickok, and eventually, George Armstrong Custer. The boys discover the exciting allure of life in the wide open expanse of the West, seeing it as a chance to put their tragic past behind them.
Zephram joins the U.S. Seventh Cavalry, where he befriends a prisoner known as “Indian Frank.” Frank’s heart is set on revenge after his family is butchered, and like Zephram, he is haunted by the nightmares of a tragedy from his past.
When Zephram and John come into possession of a mysterious abandoned mine in Colorado, it proves too intriguing to ignore, and they travel to the Rocky Mountains to investigate. They discover the mine’s ownership is in dispute, and those waiting for their arrival will stop at nothing to wrest it away from them. As the secret of the mine unfolds, they realize that all of their fates are now tied to the tiny town of Central City and what happens next.
Along the way, “Colorado Wind” carries the reader through some of the defining moments in western history, including the sacking of Lawrence, the Sand Creek Massacre, and the battle of Washita. It is a story of brotherly love, courage, and perseverance. 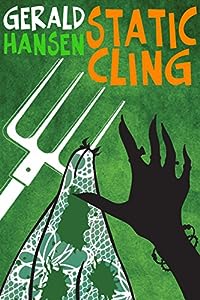 How can a mother prove her love? Is Fionnuala Flood even capable of it?

Her husband Paddy, her mother Maureen and her brood of seven children have finally had enough of Fionnuala’s acid tongue, casual corporal punishment and delinquent housekeeping. She’s banished from the family home and must live, exile-like, in a dilapidated trailer on the outskirts of Derry, N. Ireland. Fionnaula’s desperate to inveigle her way back and will stop at nothing to rule the roost once again.

She thinks her new job at the dry cleaners will be a breeze: short changing customers and adding to her wardrobe. But when an armed robbery during her shift leads to the death of beloved pensioner Mrs. Ming, Fionnuala’s one-time babysitter, the police investigation unleashes dark secrets that threaten to make a heart grow in Fionnuala. These secrets will either bring her closer to her estranged family or tear them apart forever.

Always on the receiving end of her mother’s scorn, newlywed Dymphna is struggling with three children under five and a marriage to Rory Riddell, a man from the swanky side of town. It’s a community alien to poor, clueless town tart Dymphna. When her mother-in-law (and Fionnuala’s boss) Zoe starts to doubt the provenance of Dymphna’s children, she starts to investigate. And discovers more than she bargained for.

Bestselling author Gerald Hansen’s fifth book pits the hand-to-mouth struggles of the audacious and gritty Flood family against the snobbish entitlement of the Riddells. And the sparks fly. Throw into the mix the return of a contestant from the Survivor-like Safari Millionaire, some shocking ancestral DNA results, and Fionnuala’s plan to rejoin the family home and save the world from evil with an eighth Crusade, and Static Cling is another hilarious ride — part roller coaster, carousel and ghost train — that will leave you gasping, wincing and, most of all, laughing. Will a heart at long last grow in Fionnuala? Who killed Mrs. Ming? Read and find out.