Squeak The Sound Of Happy

Oh My! What a difference a bit of medication can do to a little guinea pig. First if all, why do I keep getting the sickly babies? My sweet chickie Iggy was by far a much worse case, but the odds of me getting a sick animal when I adopt seems pretty high each time. The good news is Iggy recovered beautifully and by the looks of it, so will my son’s sweet little guinea pig Henry. He will always have a tilt to his head, and his eyes will always be a bit off, but we weren’t planning on showing him in any beauty contests anyway. He must be feeling better from the ear infection because yesterday, while sitting in my lap, he was happy squeaking. I could really get used to happy squeaks. 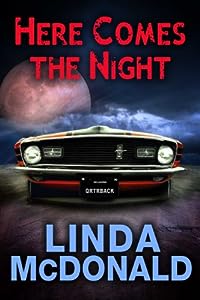 A psychological crime thriller, as dark and twisting as a suspenseful noir film, told against the background of the stockyards in Oklahoma City.

At one time ex-football-star Buck Dearmore had it all: power, adoration, a seemingly bright future. But that was long ago. Now the only life he considers worth living is with Angie, his lover, and the wife of his boss.

After their plan to kill the mean-spirited bank president succeeds, their path to happiness seems clear… for mere moments. As Buck walks away from the crime, henchmen carjack him, setting off a series of fatal miscommunications.

Then, as daylight turns to dawn, a dangerous parolee impulsively take Buck’s custom Mustang on a bloody joyride, implicating him in a horrific crime he didn’t do.

There’s no way to know who’ll survive until dawn, and of those that do, who’ll be charged with which crime. Hang on tight, Here Comes the Night. A dark, steamy suspense thriller. 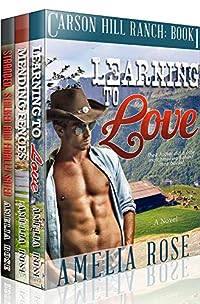 For Miranda, Newark has nothing to offer except a dead-end job, a crummy apartment, and an abusive boyfriend. But when her younger sister signs her up for an online dating website to prove to her the kinds of guys who would be interested in her, she starts an online connection with the perfect guy. He’s handsome, he’s a real-life cowboy, and… he’s in his seventies!

Miranda steps off the bus to find the man of her dreams waiting for her, only he doesn’t know it. His elderly father, concerned that his six sons are isolated on their highly prosperous 800,000-acre ranch signed up one of his oldest boys and did a little matchmaking behind their backs.

Now Miranda and Casey have a choice to make, but will they be willing to put aside their mistrust and give this a shot, or go their separate ways?

Marlene is one of the Red O’Connor’s kids and she’s got her dad’s fiery temper. Itching for something bigger, she left the family ranch in Texas and hasn’t been back for a while. Now, for the first time in months, she’s back on vacation where she meets Curtis Copeland who is working as a ranch hand on Circle O. The last thing Marlene wants is any form of relationship, she has a full life already and it’s not on the farm. Curtis has different ideas though; he’s waited ten years to finally have Marlene and fate or destiny delivered her to him. Yet everything seems to be working against them. Marlene’s family is dead set against the relationship and Curtis harbors a ten year old secret that can tear them apart. Whether they will be able to overcome the obstacles to be together is a question neither Marlene nor Curtis can answer.

Clara Roberts has found herself forced to flee across country, pursued by a madman who seems to have access to every aspect of her life. Consequently, she is off the grid and under the radar when her truck breaks down in a small corner of Southwestern, Oklahoma, and she finds herself at the mercy of a local cowboy. While she knows that she will eventually have to keep running to stay one step ahead of her stalker, she begins to find herself drawn to this man. With his support she decides that her life is something worth fighting for.

Shad Brandt wasn’t sure what to expect when he pulled over to help out the girl on the side of the road, but it isn’t long before he realizes that she was a lot more than he bargained for. He knows that she is running from something, but he can’t quite place his finger on what it is. However, he cannot turn his back on this woman in need and when he opens his home and his heart to her he finds something else entirely. So when danger comes to lay claim to Clara, he finds that he is willing to sacrifice everything to make sure she stays safe. 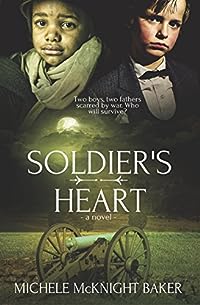 Junior Thompson, son of a freed slave, and Webbie Henderson, son of a wealthy family, cross a forbidden boundary between their properties and forge an unlikely friendship. When two great armies converge on Gettysburg and their fathers are called to battle, both boys must become the men of their families. But will they survive the fighting that threatens to destroy their homes and families?

Soldier’s Heart is inspired by the true story of the Thompsons, a black family, and the Hendersons, a white family, who lived as neighbors in Carlisle, PA. The author is their direct descendant. 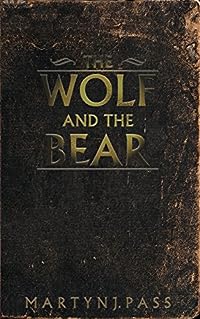 The Wolf And The Bear
by Martyn J. Pass

Alex Hogg faces a simple choice as she reaches her 16th birthday: journey south across the country and bring back a relic from the cursed city of Glass and Bone, or spend the rest of her life in shame and poverty under the cruel hand of Spearheart, her adoptive Father. The prize? She stands to inherit his entire fortune, from the fertile fields he owns to the lucrative mining and coal trade with which he controls the feudal lands around him.

But the way is dangerous and she cannot hope to make it safely there without a guide. When a chance meeting with a mysterious Dalesman known only as ‘Bear’ provides her with one, it sets Alex Hogg firmly on her quest, confident that she’ll return to claim her inheritance and enjoy riches beyond her imagination.

But this giant of a man has a past that’s marked by the Old Days; the time before when mankind teetered on the brink of destruction, and it’s this past that Alex soon learns stands directly in her way. An army is being built and rumors are rife that an ancient vault has been opened; that a new world order is being born that will see the weapons of a forgotten past used to create a terrifying new future. Strange ships are flying again and weapons that can kill from far away are being used to force villages and towns into submission. Behind it all is a man from Bear’s past who, as their journey takes them deeper into his plans, threatens to bring about a new apocalypse for a people who barely survived the last. 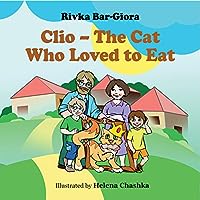 Clio – The Cat That Loved to Eat
by Rivka Bar-Giora, Helena Chashka

If you loved cats stories, this is the perfect book for you!

Clio, a mischievous cat who loved to eat, attached himself to the yard of the Bar-Giora family who lived in the village Nitzan.

Uri, the father as well as the children fell in love with the cat at first sight, whereas Rivka, the mother made it clear from the outset that she did not like cats. The members of the village were not very fond of Clio and were rather angry at her, because she was insolent and disrespectful.

The tale of Clio – The Cat That Loved to Eat, which happened (nearly) in real life, are told in song and poem form.

There is a gift inside this book: Clio’s coloring book

18 pictures for hours of coloring and pleasure!