Time To Wake Up!

I think my sweet chickies have been enjoying the sunny warm weather so much that the original three have begun laying eggs again. This is always good news for my family and friends because I finally have enough eggs to share. I am hoping the two new bee colonies that we will be getting in the next few weeks will also provide enough honey this year to share with everyone as well. I love this time of year when things start to come out of hibernation and wake up from winter. I can finally enjoy fresh veggies, eggs and now honey from my own garden. 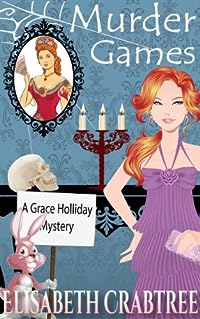 It’s all fun and games until someone dies.

Kyle and Grace have secured two tickets to the most coveted game the Crystal Palace has to offer. Two days at Murder Manor, a Victorian mansion secluded far away from the hotel and nestled within an elaborate hedge maze. Two days of safe murderous fun or so they thought but when a dead body is found floating in the pond near the hotel and rumors abound of a killer lurking on the grounds, Grace begins to wonder whether they are truly safe and how can you know what’s real when every one is pretending to be someone they’re not. With only each other to rely on, Grace and Kyle go on the hunt for a dangerous killer stalking the manor and its guests. 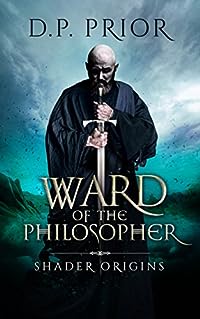 Ward of the Philosopher: Shader Origins
by D.P. Prior

Deacon Shader is a child out of time, removed as a baby from his Ancient world parents and raised on the Isle of Maranore.

On his seventh birthday, the philosopher Aristodeus arrives to commence the boy’s training with sword and mind. Nothing short of excellence will suffice, if Deacon is to fulfill his destiny and avert the Unweaving of all things.

But as Aristodeus pushes him to the limits, reavers are spotted approaching the coast, and a cloud of horror descends upon the village.

For these are no ordinary pirates. They sail under the Impaled Man, the grisly flag of Verusia, land of the undead and realm of the Lich Lord.

Ward of the Philosopher is a Shader Origins novella of 15,500 words introducing the character of Deacon Shader as a child. 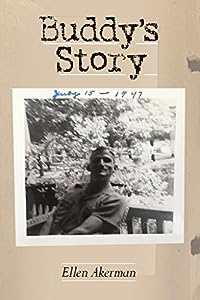 Imagine yourself separated from your loving family at the age of eleven and sent to an institution intended for the feebleminded, and living your eighty years of life in a body that doesn’t work properly; not able to walk, talk, feed yourself or make sense of your place in the world? Buddy’s Story, a fictional memoir, is based on the life of Bernard Akerman, born in Springfield, Massachusetts in 1920. Buddy, afflicted with cerebral palsy, unfortunately labelled a “crippled idiot”, is finally given a voice to tell the story of his life. He lived during a time when the handicapped were locked away, an embarrassment and a burden to their families and society. His niece, Ellen, finds her voice, no longer silenced by the family taboo of not talking about what has always been an ache in her heart. Many years after Buddy’s death she was able to return her uncle’s love by dedicating a stone on his final resting place. Buddy learned to live in the moment, with humour, insight, love, and compassion. Buddy’s Story, is about family, courage, and the power of ancestry. It is a story of love and hope that crosses the boundaries of genre forms. 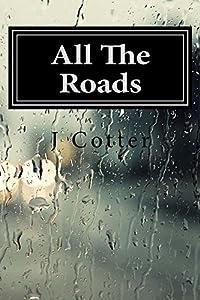 All The Roads
by J Cotter

All the Roads is a romance unlike any other. “It has been so long since we’ve seen each other… It seems silly that we can’t, you know, chat and catch up.” She tried to play at being casual and nonchalant, looking calmly in his direction.
“No,” Jay replied slowly, “it isn’t silly at all.”
On a rainy spring morning, Jay stops for coffee in a small Alaskan town. The last thing he ever expects is to see her, after almost 18 months of silence between them.
Jay and Elle have a past; running into each other leaves them both uncomfortable. Elle returns to a rented apartment in Maine, where she is set to begin working on a small film. Jay leaves for Anchorage before heading back to California. Their distance is minimized, however, by a constant flow of memories and thoughts, which hauntingly intertwine the two of them. Sometimes moving on really is impossible. 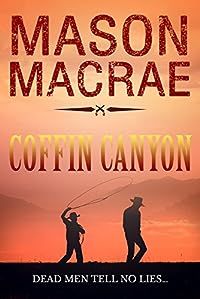 The most dangerous man in the west is back…

Jeff Moore has spent the past five years in prison for his crimes.

Nicknamed “The Cougar Kid,” Jeff earned his reputation as a sharp-shooter and a ruthless criminal.

But following his release from prison, all he wants to do is bury his past and start again.

Only trouble is, someone won’t let it stay buried.

Somebody is going around calling themselves “The Cougar Kid”.

So when the Governor of Arizona appoints Jeff to the position of Marshall and tasks him with bringing the culprit in, dead or alive, Jeff doesn’t hesitate.

But he soon realises that this will be the most dangerous and exciting mission of his life.

It’s a job that will take all his courage, strength and might even take his life.

But Jeff doesn’t have time to stop and think about it – there’s a pretty girl involved for starters, two of them in fact.

On his desperate hunt for the person who stole his name and reputation, Jeff soon finds himself backed into a tight spot.

In this action-packed and fast-paced novel, Mason Macrae gives us a hero that won’t back down and a tale to remember. The perfect read for Louis L’Amour fans.