I know it’s only been five days, and I shouldn’t expect the new baby guinea pigs to be completely tame, but I feel kinda bad that they are still pretty scared. We spend time with them giving them treats and holding them nicely in our laps. They baby bassets have been fantastic about taking care of them, as well as not screaming and yelling around their cage. The one thing I have discovered that does make them happy is when I rearrange the cage. The bedroom is always the same, but I change the tunnels and little ramps, and they go crazy running around exploring and happy squeaking! I make new little structures and tunnels for them out of cardboard boxes so it’s cheap and easy, and something I can definitely do for them every day. I’m working for happy squeaks here! 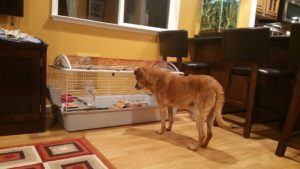 My pup Jethro is still trying to figure out what the heck is in there. 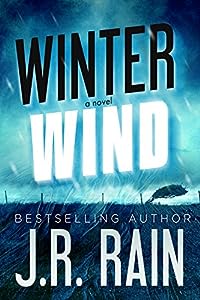 Five years ago, Lee Jordan was nearly killed on the job. Now deaf, blind, and mute, he’s recovered enough to live a routine but silent life.

However, now, the LAPD needs him back…
When the cases of many missing persons are tied together with the same M.O., Lee Jordan is called in to help locate people who seemingly walked away from their everyday lives. But did they? Lee’s only assets are his guide dog, fourteen years of experience as a homicide detective — and an intriguing American Sign Language translator named Rachel.

Just as Lee begins to discover something remarkable about himself, he must engage in a battle of wits with a murderer he can’t see or hear. With no weapons but his own mind — and a guide dog with a heart of gold — he sets off alone in Los Angeles to investigate the disappearances.

It’s only a matter of time before more people may die under nefarious circumstances. And the manner of death could put the entire city at risk from… something even more dangerous.

Lee Jordan knows there is more to fighting crime than meets the eye, or ear, or voice. But will he survive his courageous solo pursuit of a twisted killer on the mean streets of L.A.? And can he really stop a madman by himself? 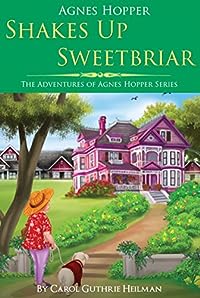 Summer’s steamy haze coats North Carolina’s Blue Ridge Mountains, but feisty Agnes Marie Hopper discovers the heat isn’t the only thing causing her blood to boil. After a kitchen fire destroys her home, Agnes moves in with her daughter, Betty Jo. Three months later they come to an understanding: neither can tolerate living with the other. So on a sultry August morning, Betty Jo drives Agnes and her few belongings to Sweetbrier Manor, a local retirement home and former house of ill repute.

With no intention of staying, Agnes devises a scheme to sneak out of the Manor and find another place to live. Before she can make her exit, though, she runs into her best friend from high school, along with some other quirky characters. With a nose for trouble, Agnes learns some of the residents are being robbed, over-medicated, and denied basic cable and Internet access. Armed with nothing more than seventy-one years of common sense and a knack for pushing people’s buttons, Agnes sets out to expose the unscrupulous administrator, protect her new friends, and restore Sweetbriar Manor’s reputation as a “rewarding and enriching lifestyle.” But the real moment of truth comes when Agnes is forced to choose between her feisty self-reliance and the self-sacrifice that comes with caring for others. 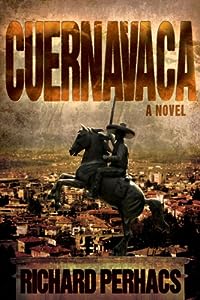 Scott Flores’ life implodes overnight.
All that he’s built — a promising career as a standout college professor, his reputation as a brilliant young anthropologist and a near perfect marriage to his beautiful wife — is leveled and none of his personal fortune can change what happens. Grappling with the devastating aftermath and battling his own personal demons, he finds himself on an airplane headed to southern Mexico and the city of Cuernavaca, at the desperate urging of his mentor, fellow anthropologist Jerry Dwyer.
The chance for a new start at a fascinating archeological dig turns into the ultimate test of character when he’s dragged into a shadowy underworld hidden behind the gritty charm of this new land. It’s an invisible world of good versus evil, black-market smuggling, merciless criminals and murder — all punctuated by a corrupt legal system.
Set in contemporary Mexico against the backdrop of a wildly-contested national election that touches Scott’s life in ways he doesn’t understand, Cuernavaca showcases the best and worst of a nation struggling to recreate itself as Scott struggles to earn his own second chance. 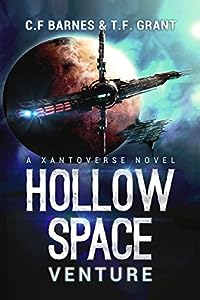 Forced to hyperjump during a brutal ambush, Sara Lorelle, navigator of the the last human colony ship, discovers they’ve jumped to somewhere that shouldn’t exist.

Trapped inside a pocket universe known only as Hollow Space, where technology inexplicably fails, Sara and her crew have to face the lethal politics of their only destination: Haven — a decrepit space station, home to hostile aliens and rival factions that soon sees the Venture crew up to their necks in trouble.

With their only hope placed in Tairon Cauder, a reckless scoundrel, they will battle impossible species, confront their fears, and uncover ancient and terrible secrets. In a place where those who shoot first live the longest, the Venture crew will have to push their limits if they are to save themselves and the human race from extinction. 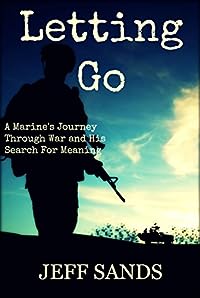 Letting Go: A Marine’s Journey Through War and His Search for Meaning
by Jeff Sands

Not only a gripping memoir about war and the Marine Corps with gut-wrenching and heartfelt scenes, but also an introspective story about life after the Marine Corps and finding your purpose in the world. Letting Go: A Marine’s Journey Through War and His Search for Meaning takes the reader deep inside the authors head, giving them an unfiltered view of his struggles with war, and the difficulty he faced trying to adjust as a civilian to a world out of touch with his values.

“I looked inside, compelled to stare, staining the image of a dead body into my memory. I did not deserve to look away. I had to know the awfulness of war; the wickedness of our species.” – Page 162