A Rainbow Of Doom

I must get the word out. I must tell as many people as I can. A warning to everyone. We were never meant to drink unicorns. Stop this madness. It may look pretty. It may be tasty. It may be liquid heaven, but we were never meant to drink unicorns. Those who fall into temptation are doomed to suffer a fate so horrible I shudder at the thought. I might be being over dramatic, but my friend got a tummy ache and she thinks it could have been the Unicorn Frappuccino. She also ate McDonalds earlier that day, so there’s that. 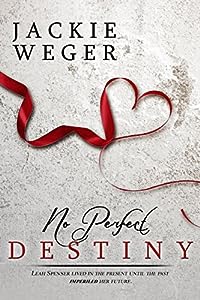 No Perfect Destiny
by Jackie Weger

Leah Spenser owns a decrepit car, a budget that won’t stretch, and the moxie to make a decent life. She lives in the present until one sun-drenched day, a past she has outrun imperils her future and threatens all she holds dear. When her boss announces that someone is embezzling company funds, history begins to repeat itself. Detective Leo Garvey has Leah in his sights as the number one suspect and more. Leah knows she must be careful, that nothing good could come from his attraction. Leo doesn’t see it her way. Guilty, he loses. Innocent, he wins. Yet convincing Leah the past can only be escaped by embracing something better seems to fall on deaf ears. While Leo works to uncover the truth, Leah determines it will never surface.

When the Stars Fall (The Sisters, Texas Mystery Series Book 2)
by Becki Willis

Voted 2016 Best Mystery Series by the Association of Texas Authors.

Madison Reynolds is rebuilding her life, one obstacle at a time.
But the building blocks aren’t standard issue: widowed at thirty-nine… betrayed by her late husband… mother of teenaged twins… finances in shambles… living with her eighty-year-old grandmother… still attracted to her teenage crush Brash deCordova, who just happens to be the Chief of Police in The Sisters… embroiled in yet another murder mystery… How will she ever get all the blocks assembled and stacked one upon another, in order to build a future for herself and her children?

Madison’s newest client at In a Pinch Temp Service is a suspicious wife, up against a formidable foe — the lovely Caress Ellingsworth, former soap opera queen. When the star is murdered and Madison is eyewitness to the deed, she wonders if the shadowed person she saw commit the crime might really be her client. Now Madison is torn between uncovering the truth and keeping her client’s name off the suspect list.

Caress is not the only star in town these days. With a little help from Granny Bert and Madison’s best friend Genesis, the popular television show Home Again arrives, with some crazy notion about remodeling the Big House for Maddy and her twins. The problem is, Madison can’t afford to buy the house, much less pay to have it renovated. No matter how tempting the offer — or how tempting the show’s star, Nick Vilardi — Madison sees it as just another block that will not fit.

Even if she manages to stack the blocks in a semblance of order, even if she climbs her way up and reaches for the sky, what happens when the stars fall? 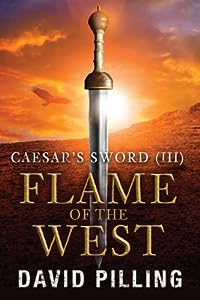 Caesar’s Sword (III): Flame of the West
by David Pilling

“Caesar’s Sword was nothing but a bane, sent by the Devil to drag all the men of my blood to ruin… ”

Amorica, 571 AD. From his cell in the Abbey of Rhuys, the dying Coel ap Ahmar writes the final chapter of his chronicle, describing his last years in the service of the Roman Empire. Deprived of all that he loves, Coel writes of how he lost Caesar’s sword and his only son, Arthur.

Thirty years previously, the Roman Empire is locked in a battle to reclaim its Italian homeland from the Goths. Led by Belisarius, the Roman army wins victory after victory and marches within sight of the Gothic capital at Ravenna. As one of the few officers Belisarius can trust, Coel is dragged into a melting pot of treachery and politics, before suffering a final betrayal that all but destroys his loyalty to Rome.

The discovery of his son forces the ageing Coel back into the army, and take part in a final effort to reconquer Italy. From the sea-battle of Sena Gallica, to the slaughter of Taginae, Coel must fight like never before to save himself and his bloodline… 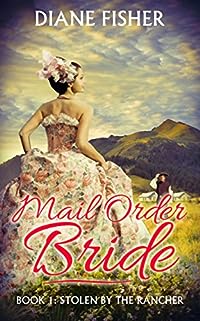 Young, naive Mercile feels lost when her one and only fiance disappears leaving her alone, penniless with a newborn on the way. She has a less than pleasant life in Long Island and running out of options when she decides to leave home, her broken family… and even more her broken life. Survival prompts her to send a reply to a mail order bride ad from Texas in hopes of a better life. But she has no idea what she’s stepping into or the surprise that’s waiting for her. 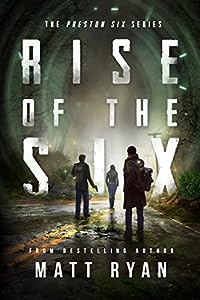 Joey Foust has no idea he’s a wanted man and his parents aim to keep it that way. They raised him as a normal boy in a small American town, hoping he and his friends don’t discover what lies beyond. And for eighteen years, they succeed.

Joey and his friends, the Preston Six, were all born on the same day, but soon come to find they have much more in common than a simple birthdate. Details of their past are suspicious, and they are determined to figure out what their parents are hiding.

What they find pushes the boundaries of their beliefs. Now, they’re forced to leave behind everything to face an unknown adversary who’s been hunting for them since the day they were born.

They must rise as one, or fall to enemy hands

Rise of the Six is the first book in The Preston Series, an action/adventure saga that features page-turning excitement and entertaining battles that spans different worlds. Worlds that include zombies and high tech. If you like mysterious sci-fi and nail-biting action, then you’ll love the first book in the series.