I am feeling crafty today. I went to the craft store and bought spray paint, stencils, and rocks. I am either going to make something incredibly awesome, or I am going to get sick from all the spray paint fumes and frustration. With me it really can go either way. 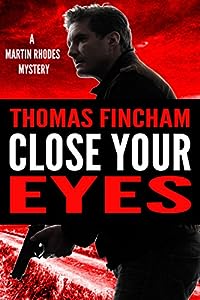 Martin Rhodes could not believe he was living the life of a vagabond. He had no money and no home. He was once a respected homicide detective for the Newport Police Department, but one single action had turned his life upside down. He had gone from catching criminals to becoming one. He had spent ten years in prison for murder.

FROM THOMAS FINCHAM, THE NEW VOICE IN THE CRIME AND SUSPENSE GENRE, COMES A HERO UNLIKE ANY IN FICTION.

Martin Rhodes is a former police detective who spent years in prison for murder. He is flawed but honorable. He always gets his man…

Gritty, fast-paced, and utterly suspenseful. You will stay up all night to finish it!

A serial killer is leaving dismembered bodies on trains for passengers to find and he will stop at nothing to get his message across.

Former Detective Martin Rhodes spent ten years in prison for murder. After traveling from town to town in search of employment,he arrives in the City of Bridgeton. Rhodes hopes to re-start his life and to leave his past behind him. Special Agent Jo Pullinger is searching for a man who killed her father over twenty years ago. Jo is suffering from a heart condition which she hides from the world. A series of dead bodies on the trains lead Rhodes and Jo to end up searching for the same person. 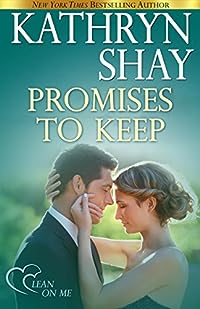 Promises to Keep (Lean On Me Book 1)
by Kathryn Shay

By-the-book Secret Service Agent Joe Stonehouse is assigned to work with rebel Agent Luke Ludzecky on a task force to combat school violence. When they go undercover in Fairholm, NY, to a school flagged for an outbreak, they find that the institution is indeed in danger. But when Joe butts heads with principal Suzanna Quinn, and teacher Kelsey Cunningham gets close to her new student Luke, all their personal lives are turned upside down. In Book 1, PROMISES TO KEEP, follow the fast-paced plot ripped straight from the headlines and bask in the love stories that will make you believe in romance. 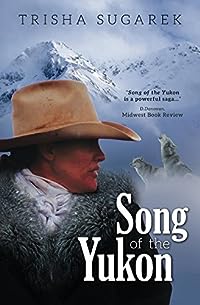 Song of the Yukon
by Trisha Sugarek

Alaska was calling! LaVerne’s dream was to follow in Robert Service’s footsteps to the wilds of Alaska. At sixteen she was already writing her own music and she believed that her talent could only flourish on the back trails of the Yukon. Alone and impersonating a boy, she hires aboard a freighter, out of Seattle, and works her way to the north.
From boat rides on the Yukon and encounters with native tribes to filing homestead papers and working the land, LaVerne uses newfound frontier wisdom as a basis for expanding both her music and her perceptions: “No man owns what Mother Spirit does not freely give.” Black-eyed Joe told her. What a charming folk tale, LaVerne thought. I could use the story in one of my songs.”
It was here she learns the realities of frontier life that will shape her life, help her create music, and lead her in directions no woman has explored alone before. 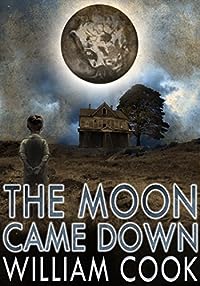 The Moon Came Down (Sci-fi Horror)
by William Cook

They came from above… A Science-Fiction story with horror overtones from the author who brought you Blood Related and Dreams of Thanatos.

A young boy has a horrifying extraterrestrial encounter after a strange object lands on the family’s farm-house. What emerges from the unusual object are the things of nightmares. As he struggles against the strange creatures that have invaded his home, the young boy realizes that fear comes from both the unknown and the more familiar. 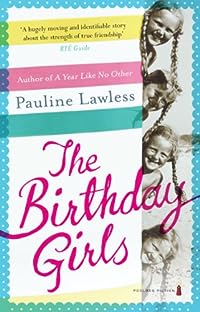 The Birthday Girls
by Pauline Lawless

They’d met on their first day at school four little girls who were all very different from each other but who somehow became close friends. Their friendship has now lasted thirty-five years. As their birthdays all fall in the same week they long ago made a pact to spend each big decade birthday together. So far they’d managed it.

Now as their thirty-ninth birthday looms, Angel, a famous Hollywood actress, announces that this will be her last birthday. Terrified of aging, she absolutely refuses to turn forty. So Lexi, the mother hen of the group and an artist, invites them to Florida for a week-long celebration of this, their last birthday together.

Brenda, mother to five grown-up children, flies in from Dublin, eagerly looking forward to her first foreign holiday ever. Mel, however, has to be prised away from New York where she is a successful partner in a law firm – Mel is a workaholic with no other friends or love in her life.

The four come together for the celebration but soon things start to unravel and the week ends disastrously. Lexi is distraught. Can their friendship endure? Only time will tell.