It’s happened. I am half way through my little craft project and I have come to a screeching halt. It’s not that I have lost interest in it, but I have to get other things done. Getting ready for Easter is the big thing. We have eggs to decorate and I have a house to spiffy up and make it look like my house is always clean and organized. I know if I don’t go back to it in a few days, it will remain in a pile for a few months. Then I won’t be able to ask hubby to do a project I around the house because he could point to my project and tell me to finish mine before another gets started. Oh dear!

Amanda Graham inherited a rundown bed and breakfast, a starving cat, and some dead guy who’s buried in her garden!

What should’ve been a simple remodeling project and a new business in a small Oregon beach town winds up with her uncle named as the number one murder suspect, a slew of odd neighbors and problematic townspeople, and Amanda wanting to just sit down and eat her weight in chocolate pie.

Sure, she could pack her bags and travel back to LA… or should she dig in, heal from her failed romance, and find a whole new set of friends and adventures in Ravenwood Cove?

And how could a quiet little coastal village have so many secrets?

Includes the free recipe for Amanda’s (and the author’s) favorite cinnamon rolls. 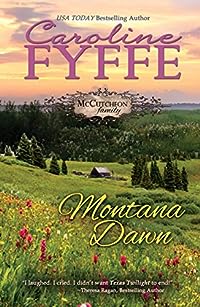 Montana Territory, 1883
When Luke McCutcheon finds Faith Brown about to give birth in her rickety wagon, his first instincts are to ride for help. Instead, he stays and delivers a beautiful baby girl. Unable to leave the pretty young widow and her little son and newborn unprotected in the Montana wilderness, he brings them along on his family’s cattle drive, to the absolute delight of the other friendly cowboys.

Luke,third son of Montana’s wealthy McCutcheon family, is different from his brothers. As the offspring of a Cheyenne warrior, he carries a chip on his shoulder for all to see. His flashing eyes and handsome face make Faith feel she’s stepped into some long-ago tale where men cherish their women–and keep them safe. If only she could trust him! Faith is on the run, and although she’s pampered and protected by Luke and his family, she just can’t risk the consequences of sharing the details of her past–one that’s hunting to take her back to the nightmare she’s just escaped. Happy-ever-afters are for fairy tales,she reminds herself sternly as her heart feels the warm pull of his. Still, she can’t help but dream of a loving family, a home to call her own, a beautiful and bright… Montana Dawn 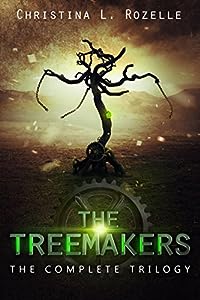 From “The Treemakers”
The words of sixteen-year-old Joy Montgomery’s late father, Zephyr the Magnificent, urge her onward in this quest for truth and freedom, with the allusion that all is not as it seems in Bygonne. Faced with the exhausting task of building mechanical trees that produce the precious oxygen they breathe, the Greenleigh orphan slaves piece together clues about the existence of a possible forbidden paradise beyond The Wall. To find the truth, shatter the illusions, and free the children, Joy must entrust the aid of an unlikely ally who harbors dangerous secrets.
From “The Soultakers”
“What a journey you have been on, Joy Montgomery. But it isn’t over yet… No… I’m afraid you have much farther to go.”
Joy Montgomery is a hero. The Treemakers are finally home, safe, and free in a well-deserved and long awaited paradise. The children can now settle into normal, carefree lives. Or so they thought. Troubled by secrets their newfound paradise reveals, coupled with tangled feelings toward those she loves, Joy sees the painful truth: they’re still prisoners forever wounded by the effects of a traumatic past. An ominous warning from a trusted friend strengthens her resolve to never let down her guard, to always be prepared, to be ready for war… both inside and out.
Once again, the Treemakers are faced with escaping disaster, and Joy’s strength is pushed to its limit, her sanity pushed to the brink of collapse. Just when their situation couldn’t get any more desperate, they’re thrust into a series of shocking tribulations that are nothing short of nightmarish.
Will the Treemakers of Greenleigh annihilate the forces of evil that seek to capture and control their souls? Or will the magic Joy thought she’d found be just another illusion?
From “The Seeker’s Keys”
Joy Montgomery’s life has never been as it seems. She knows this now. Her tragic journey has been a complex mirage of dreams and illusions set in place by her ancestors’ secrets and driven by the calculated genius of her late father, Zephyr the Magnificent. In the Greenleigh Tree Factory, under the rule of the wretched Superiors, he’d prepared her for this future as if he’d already known the outcome. He’d instilled into her the quest for truth, freedom, and love, and had given her the strength to guard with her life those she now protects, some of whom she must risk her life to save.
Now, the treemakers and the saltminers are split over Bygonne. They must acquire the Seeker’s Keys with the help of Zephyr’s clues, which also must be found along the way. Stakes are high, war is coming, and now, Joy has everything to lose. Will they be triumphant, like Cheyenne said they’d be, and grasp the promised victory? Or will they face defeat at the hands of Lord Daumier and lose the future waiting for them on the other side of The Wall?
“What did you see in me?”
“That you’re a hero. You’re my hero.”
“I’m no hero, Joy. Don’t ever forget this, okay? You’re the light in the dark. You’re the love that conquers fear and evil. You’re the hero, Joy. You always have been, and you always will be.”
The internationally bestselling Treemakers Trilogy is a series that appeals to fans of The Maze Runner, Divergent, and The Hunger Games. With heart-pumping action and spine-tingling plot twists, this series is sure to leave you flipping pages until the wee hours of the morning.
**Content Advisory: This series contains themes which may be too intense for younger readers, and/or disturbing to those sensitive to violence, language, or gore. Persons with PTSD from any sort of violence, please read at your own risk. 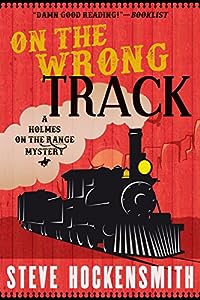 Sherlock Holmes-worshiping cowpokes Big Red and Old Red Amlingmeyer are back in another Old West adventure. This time they sign on as guards for the hated Southern Pacific Railroad — and quickly find themselves heading full-steam toward disaster! They’ve barely left the station when the train they’re on is robbed and the baggage man loses his head… literally. Also on board for the wild ride: a drunken Pinkerton, a mysterious beauty, a secretive Chinese doctor and a deadly swamp adder with a taste for cowboys. Will Big Red and Old Red make it to the end of the line alive? Not if the bad guys get their way! 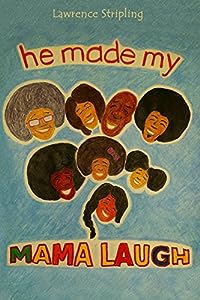 He Made My MAMA Laugh
by Lawrence Stripling

Tanya Norwell was a patient and loving wife. She was the type of spouse who would put up with most anything to keep her marriage together. During her sixteen-year marriage, Tanya often turned a blind eye to her husband’s drunkenness and infidelities.

Tanya was most happy being a housewife and a mother to her three children. The only thing that Tanya felt would make her life complete was another child, maybe a baby boy. The problem was that her husband didn’t want another child. He would brush the idea away.

When Tanya would ask her husband for another child, his usual response was “now is not a good time or honey, we can’t afford the three we have.”

Tanya later found out the true reason her husband didn’t want another child. He already had two children with another woman across town. Their ages were seven and nine, two years younger than their youngest daughter. Her husband was living a double life. Her husband had a dual-personality.

Tanya was devastated and felt like such a fool. How could he have another family across town and she not know?

She soon divorced her husband.

Nicola Kim Norwell is Tanya’s outspoken and over protective middle child. Kim as she likes to be called is never one to pull punches or hold her tongue. It broke Kim’s heart to see her mother sad and crying.

Kim let it be known that she hated her father and she swore that she would never speak to him again. She often told people that her father was dead.

During the five years following the divorce, Tanya was often sad and unhappy.

Kim and her best friend Rodney Price decided it was time they found someone that would love her mother, treat her right and make her smile again.

They took it as their personal responsibility to find such a man for mom. They were on a mission to find someone, who could make her mama laugh.