No matter how handsome the cast of Criminal Minds happens to be, it is still not a good idea to watch a few episodes right before bed. I love the show except for all the murderiness. Not just regular murderiness, it’s horrible, gruesome, murderiness. Those were bad nightmares last night. Except for the Shemar Moore parts, that was pretty cool. He seems nice. 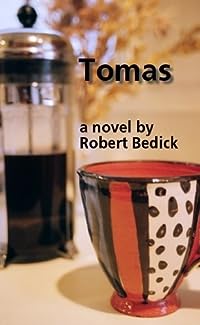 When Paul Weber is approached by an intriguing widow to write a book about her “highly influential, but criminally obscure” husband, Alfred Tomas, Paul thinks Tomas will be his first step towards achieving literary glory. But the more he learns about Tomas, the more he begins to question the quiet family life he leads with his wife Sylvia and their young son Josh. 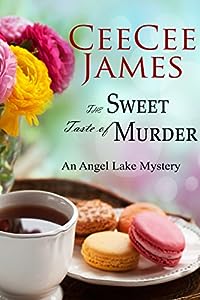 The only thing worse than an used car salesman showing up on your doorstep is finding one dead. And your best friend is the main suspect.

After a scandalous divorce, Elise returns from the big city to her southern home town only to trip over the body of the town playboy. He leaves behind a heap of trouble that includes missing money, missing pets, and mourning lovers, and the suspects just keep piling up.

Caught in her own drama, Elise is quick to wash her hands of it, until her best friend, Lavina, winds up as the number one suspect.

Can Elise clear her friend’s name without ending up as the next one dead? Or are her friendship blinders keeping her from seeing the truth?

So drop into the cozy cafe and have a doughnut and a sip of lemonade. See for yourself that living in the country isn’t always about the quiet life but sometimes is filled with riveting suspense and deception with second guessing right to the end. 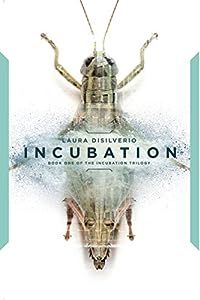 Bio-chemistry whiz Everly Jax wants one thing: to know who her parents are. Raised with other repo kids in InKubator 9, she has pinned her hopes on Reunion Day, the annual event where sixteen-year-olds can meet or reunite with their parents. When her Reunion Day goes horribly awry, she and her pregnant friend Halla escape the Kube, accompanied by their friend Wyck who has his own reasons for leaving.

In a world where rebuilding the population is critical to national survival, the Pragmatist government licenses all human reproduction, and decides who can–and must–have babies. The trio face feral dog packs, swamp threats, locust swarms, bounty hunters looking for “breeders,” and more dangers as they race to Amerada’s capital to find Halla’s soldier boyfriend before the Prags can repo her baby and force the girls into surrogacy service.

An unexpected encounter with Bulrush, an Underground Railroad for women fleeing to Outposts with their unlicensed babies, puts them in greater peril than ever. Everly must decide what she is willing to sacrifice to learn her biological identity–and deal with the unanticipated consequences of her decisions. 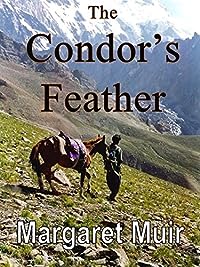 The Condor’s Feather
by Margaret Muir

Intrigue and adventure combine with a touch of romance in this unconventional story set in 1885.

With her thirst for adventure, Cynthia Beresford refuses to be constrained by the standards demanded of her by aristocratic Victorian society. She not only rides like a man, but desires other privileges enjoyed by the gentlemen of her era. Searching for excitement, she forgoes the luxuries of life at Huntingley and embarks on a riding expedition across the Pampas of Patagonia.
Though little is known of that inhospitable land, she is undeterred and boards a steamer in Liverpool bound for South America. Accompanying her on the voyage are her father and twin brother, her brother’s friend – a playwright, and her faithful Newfoundland dogs.
On the outward passage, Thia meets a mysterious Welshman, Euan Davies and when the party disembarks from the steamer on the Strait of Magellan, Davies agrees to accompany them on the ride and act as their guide. But after only a week in the saddle, his disturbing secret starts to unravel. Soon Thia’s party find themselves embroiled in a deadly game of cat and mouse with a group of dangerous prison escapees.
Beset by Indians, inhospitable terrain, pampas winds and mountain lions, is it possible this mismatched group of travellers can survive their adventure at the tail end of the world? 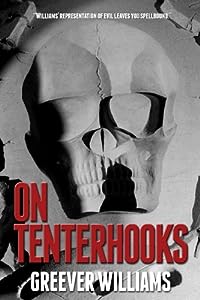 On Tenterhooks
by Greever Williams

Imagine that the person you love most in this world died in a sudden, horrible accident.

Your spouse, your child, your parent, your sibling – gone in an instant with no chance at healing old wounds, no closure, no sweet words of comfort to aid their passing.

What if you found a way to communicate with them one last time – a final chance to say goodbye. Would you take that chance? Of course you would. Eventually, we all would.

But what happens when they respond back?

Find out. Get Hooked. On Tenterhooks.