What’s really nice on Sundays is when you realize that pajamas work all day long. 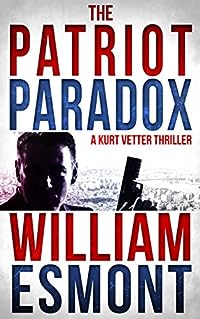 The Patriot Paradox (The Reluctant Hero Book 1)
by William Esmont

Ex-CIA analyst Kurt Vetter is no stranger to tragedy and loss. Swearing off any connections to a life he once lead, he retreats to South America–on a self-imposed exile. But when he receives a mysterious package of encrypted files from his dead brother, he’s drawn back into a dangerous world of treason and espionage–a world he swore he’d left behind for good.

It’s up to Kurt to uncover the message that his brother was desperate to convey–a message that could be the difference between life and death. When the files lead him across the world, he encounters Amanda Carter, an enigmatic woman linked directly to his brother, who just might have the information he needs to decipher what’s hidden inside the files. Together, they uncover a plot far bigger than anything he ever anticipated–a rogue CIA mission to detonate a nuclear bomb.

But with time running out and his brother’s assassins closing in, Amanda and Kurt must face this alone. With millions of innocent lives at stake, they race against the clock to stop the attack. If they fail, the results could be explosive. 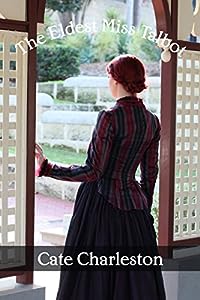 Sensible, irreproachable Grace Talbot’s engagement to London-based Walter Keene is the envy of her Kentish village. But when her life is shattered by a deeply cruel betrayal she is forced to adapt painfully to unimaginable changes in order to rebuild it. She is aided by her friend Philomena Joyce and the local young doctor, Theo Murray, all of them discovering to their surprise that ideas they once thought invincible can alter. They must all learn that second thoughts about love are often the truest ones. 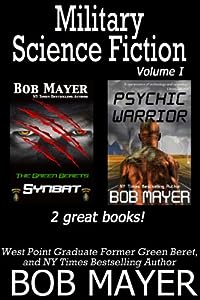 2 Great Books for the price of one written by West Point Graduate and former Green Beret Bob Mayer.

Dave Riley and his Green Beret A-Team must defeat a threat shockingly inhuman. Set in the shadowy world of genetic research, Synbat, stands for Synthetic Battle Form. Riley is called up for ‘damage control’ at a lab in the deep woods of western Tennessee. The research conducted there, under the Pentagon’s secret Black Budget, is Top Secret. Until the subjects of the experiment escape. The Synbats are now roaming the countryside, acting out what they were designed to do: kill.

Riley follows the deadly trail to Chicago, where long abandoned tunnels beckon the Synbats to do what could well spell the end of mankind: procreate at incredible speed. It’s a race against time as Riley must destroy mankind’s greatest threat– our own genes spliced with that of another species.

Psychic Warrior takes warfare into the virtual plane through avatars and then reinserts the covert operatives into the real world. The results can be devastating. Mayer uses his real Military experience in the then-classified Special Forces Trojan Warrior program, which was actually conducted, and writes a novel about the new frontier of warfare: the mind.

The Russians sink the submarine USS Thresher in 1963 using their classified psychic project, but something goes awry and all are killed. All except one scientist who plans to take the project to a higher level. Decades later, the Russians unleash Chyort, also known as the ‘Devil’. Chyort is a cyborg that can project into the virtual world with almost limitless power and reassemble his avatar anywhere in real world to wreak havoc. As the Russian mafia steals 20 nuclear warheads to auction them to the highest bidder, Chyort implements his own plan of revenge.

Sergeant Major Jimmy Dalton and a small team of US Green Berets who were originally trained in Trojan Warrior program are thrust into the Psychic Warrior program. The team, called Bright Gate, must battle Chyort on the virtual plane and take their own avatars into the real world. Their mission seems simple. Stop Chyort. If they fail? World War III… 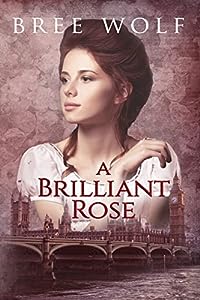 She is obligated to hate him.
Her heart, however, disagrees.
If he cannot prove himself worthy,
he will lose her forever.

When Rose Lawson meets a handsome, and yet intelligent man in the British Museum, she quickly fancies herself in love. However, upon learning the man’s name, anger boils within her. She has heard his name before. She knows who he is, and she knows that he is the devil incarnate.

If only her heart and mind didn’t disagree so strongly, she could hate him with all the passion she possesses… and he deserves.

Torn from his old life, Charles Dashwood finds himself wandering the British Museum alone. Gone are his friends with whom he shared his interest in antiquities. Gone is their companionship.
In his desolate state, he comes upon a young lady, who seems to share the very passion he is now forced to ignore. A stimulating conversation ensues, which takes a turn for the worse when she learns his name… or rather his brother’s name.

All of a sudden, Charles is faced with a problem not of his own making. From what he can gather, Rose has met him… or rather his brother… before, and unfortunately, her opinion of him could not be lower.

Will Charles be able to win Rose’s heart without betraying his brother? Will his brother stand idly by and watch as Charles loses the woman he loves in order to keep his secret? 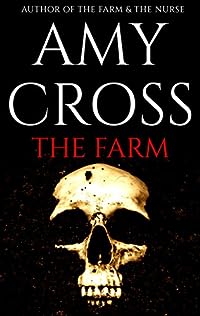 The Farm
by Amy Cross

One farm. Two tragedies, thirty years apart. And a tortured figure whose presence connects both incidents…
In 1979, the Bondalen family farm in Norway is home to three young girls. As winter fades to spring, Elizabeth, Kari and Sara each come to face the secrets of the barn, and they each emerge with their own injuries. But someone else is lurking nearby, a man who claims to be Death incarnate, and for these three girls the spring of 1979 is set to end in tragedy.

Today, the farm has finally been sold to a new family. Dragged from London by her widowed father, Paula Ridley hates the idea of rural life. Soon, however, she starts to realize that her new home retains hints of its horrific past, while the darkness of the barn still awaits anyone who dares venture inside.

Set over the course of several decades, The Farm is a horror novel about people who live with no idea of the terror in their midst, and about a girl who finally has to confront a creature that has been feeding on the farm’s inhabitants for generations…