My partner in crime posted a video of her introducing a three day old baby goat to her pup on Facebook the other day. It was filmed in her backyard, so I assumed she got a baby goat. Naturally my first reaction was, if she gets a baby goat I get a baby goat! Do I have any place to keep a baby goat? No, but that didn’t seem to be an issue with me. I would figure out a place to put the baby goat. It’s just like a dog, right? It turned out the baby goat was just visiting, and once I realized that, I didn’t want the baby goat anymore. I mean seriously! Where would I even put a goat? My poor hubby. This is what he has to deal with on a daily basis. 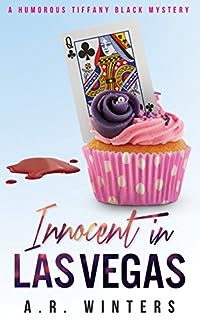 “I tell myself every day that I don’t hate my job… But there’s a reason I’m trying to leave the madness of the casino pit to become a Private Investigator.”

Cupcake-loving croupier Tiffany Black is determined to leave her job at the casino for good. She’s one small step away from acquiring her Private Investigator license, and has her eye on the prize.

Accepting her first real case – investigating the murder of casino-mogul Ethan Becker – should be exciting. Instead, things spiral out of control and Tiffany finds herself in over her head, as she confronts secretive suspects, corrupt casino henchmen and a bodyguard with a mysterious past.

Tiffany’s poker-hustling Nanna and pushy parents want her to find a nice man and settle down, but Tiffany just wants to track down the real murderer before he finds her first… 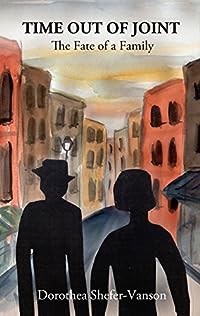 Time Out of Joint: The Fate of a Family: Historical Novel (Based On A True Story)
by Dorothea Shefer-Vanson

What was it like to live through the most tumultuous period in recent European history?

What was it like to live through the most tumultuous period in recent European history? This book shows how an ordinary German family, the van Dornbachs, goes from prosperity to poverty as Hitler and the Nazi party come to dominate Germany. Beautiful young Grethe leaves for Amsterdam and Paris to live the Bohemian life. Brilliant young Siegfried seeks business success in Kentucky and Shanghai, but comes to a tragic end. Their parents and younger brother, left in Germany, do their best to try to survive the storm.

We experience life in the tobacco industry of Kentucky in the 1920s, see how the student radicals of Paris coped with the movements sweeping through Europe in those years, and how the political and economic events of the 1930s and 1940s devastated everyday life. The shadow that was cast over the whole of Europe affected each member of the Dornbach family in a different way.

Based on and inspired by authentic documents and correspondence brought out of Germany by the author’s father just after Kristallnacht, the pogrom of November 1938, the book provides a searing personalized account of the events of that period.

Chapters near the end of the book depict life in the south of France under German occupation. As the book ends we find ourselves in wartime London, in a hostel for refugee children who have been able to escape from Europe on a Kindertransport train. The children are in turn affected by the trauma they have undergone having been obliged to leave their homes and families, not knowing if they will ever see them again. The story of one particular child depicts the unique way he copes with his experiences. An epilogue describes subsequent events and what eventually became of the various protagonists. 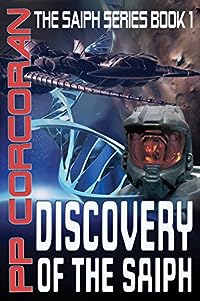 In the not too distant future humans can travel to the stars. Almost instantaneously.
The Marco Polo captained by David Catney is the first of its kind to lead mankind to Proxima Centauri outside Earth’s Solar System. Unexpectedly the ship’s scientists detect power readings, they confirm they are artificial, obviously alien and emanate from Planet III… a wasteland that suffered a devastating nuclear bombardment many thousands of years before. Archaeologists discover an alien library deep underground and are astonished to unlock its secrets with human DNA.They determine a race called the Saiph have left a database to guide human survival against a merciless and previously unencountered enemy called the ‘Others’. Now that humans have found the Saiph, the Others will surely find them. 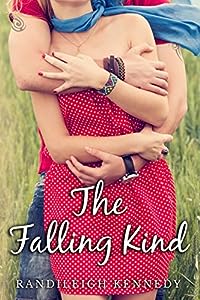 The Falling Kind
by Randileigh Kennedy

We all experience love in different ways – sometimes it comes on as a slow burn that gradually builds over time, but for others it’s a fierce love on fire from the moment it begins.

Sydney Summers only knows love that ends too soon – which is why she pours her heart and soul into rescuing every animal that comes into her vet clinic.

Cole Mason on the other hand, he only loves tacos, and simply wants out of the dangerous life he’s been pulled into. But when his world collides with Sydney’s, he realizes there is so much more to want.

That type of love – the kind of love that takes your breath away in the simplest of moments – the kind of love you can’t turn away from because it surrounds you and you have no choice but to surrender to it – that love is the falling kind…
But it’s not always easy to hang on to. 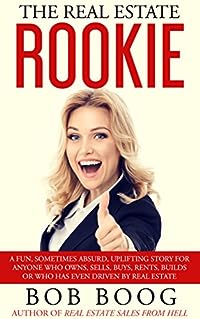 When Bob Boog finally escaped his family home and the constant chatter about Real Estate, it was to attend UCLA on a merit scholarship. Finally, he thought, he was free from a business he had no desire to be a part of.
But on one of his frequent ‘laundry visits’ to the family home, he was suddenly presented with a ticket for a Real Estate seminar and felt compelled to attend. It was something which changed his opinions, his plans for the future and his life.
Inspired by the words of Real Estate guru Tom Hopkins, Bob decided to get his licence and studied harder for the exam than he did for some of the ones on his course, passing it on his first attempt.
And then, armed with this new-found ability and a desire to become the ‘Rookie of the Year’ he entered the world he had sworn he never would.
The Real Estate Rookie is the often ridiculous, sometimes absurd and always hilarious account of his journey from someone who would cringe at the very mention of Real Estate, to one who lived and breathed every moment of it.