This Monday hurts extra hard. It is such a Monday that I am thinking of tapping out now and going back to bed until Tuesday. Of course I can’t. If everyone else has to deal with Monday, I know I have to as well. Last Friday night I scrubbed the house up and down, but now it’s a wreck again. Hubby and I decided that the baby bassets needed to get out of their bunk beds and into regular beds, so now the rooms are torn up! Somehow that translates to the whole house getting torn up as well. We found someone to take the beds, but of course that meant everything that was around and under the beds had to be piled up in a corner. I had no clue my boys had so much stuff. I just looked at the rooms again… TAP TAP TAP! Is it Tuesday yet? TAP TAP TAP!! 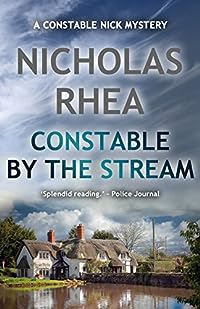 In the splendid countryside of North Yorkshire, there’s barely time to stop for Constable Nick Rhea…

As Britain’s most popular copper continues his work around the village, he has to cope with an array of eccentric characters: a postman who can’t read, a helpful lady who steals from the elderly people in her care, and a delightful small-time villain called Tin Lid Talbot.

Winning an aged tin of sardines in a local raffle and upsetting the villagers by getting first prize at the local whist drive, PC Nick Rhea must contend with the variety and humorous exploits of a Yorkshire village.

Constable By the Stream is the lively tale of a young PC and the small rural community he calls home. 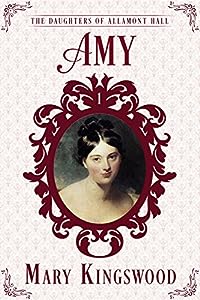 Amy (The Daughters of Allamont Hall Book 1)
by Mary Kingswood

A traditional Regency romance, drawing room rather than bedroom.

Amy is a shy, timid soul, browbeaten by her domineering father until she’s terrified to do or say anything without his approval. When he dies suddenly, his will leaves large dowries for his six daughters, but only if they marry in the proper order, the eldest first. Amy must now find herself a husband, and soon, so her younger sisters can marry in their turn. There are several possible suitors, but will any of them come up to scratch? And how will Amy choose without her father to guide her?

Mr Ambleside has been waiting for Amy for years, his suit rejected by her father. Now he has his opportunity, and he’s determined to win her. But first he has to see off his rivals, and if he manages that, he has to overcome her reluctance to defy her father’s wishes. But he’s a very tenacious man… 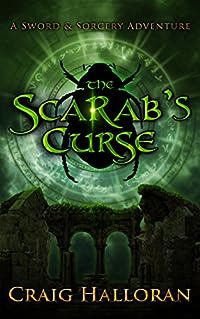 Once a respected wizard, Finster is now a drunkard and a con man living anonymously amongst simple, easily manipulated village folk. But his self-serving cunning cannot save him when soldiers of the Magus Supremeus of the High Order burst in to drag the disreputable mage to the dreaded Red Citadel.

Finster’s captor, the new Magus, is none other than Ingrid the Insane, his former acolyte, a young woman of cold heart and ruthless ambition who has already murdered numerous magic-doers in her quest for ultimate power. The only reason Finster still lives is Ingrid’s belief that he knows the whereabouts of the Founders Stone, a magical artifact that could make her invincible.

Rendered powerless by a scarab beetle attached to his back, Finster realizes he is doomed unless he escapes and recovers the Stone before Ingrid does, and he turns to his dungeon cellmate for help. But the hulking, mute, barbarian youth he calls “Moth” is inscrutable and unpredictable. And their ultimate survival — and the survival of an entire kingdom — may require the cowardly wizard to assume a most unfamiliar and uncomfortable role: hero! 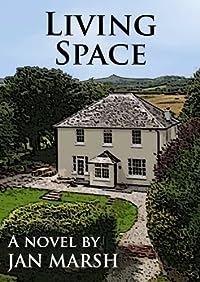 Maggie strives to realise her vision of a shared community of friends living out their years in companionship and harmony on the Welsh Borders. But as the saying goes, life happens when you’re busy making other plans and she hasn’t reckoned on the dark secrets, the rivalries, the exes and the wayward offspring that her housemates have accumulated over the decades.
A funny and thoughtful story about age, loneliness and love which shows that growing old isn’t always the same as growing up. 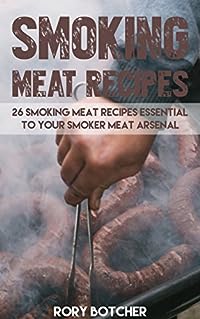 Smoking meat is a super ancient and really popular method os preparing red meat or fish. The technique used helps to keep these protein-packed foods, that would otherwise spoil, preserved. Smoking meat gives you the ability to store it at room temperature because the smoke contains these chemical compounds that halt the growth of bad bacteria.

Smoking is an art, not a science, and I’m going to show you how super easy it can be. Everything you need to know about smoking meat is packed neatly inside my smoking meat recipe book.

Today, when you grab your own copy of my book, you are going to get access to my most cherished jerky recipes. I was kinda hesitant sharing them. I don’t know why. I guess they just really grew on me and I sort of, somehow, became attached to them.

This book is great for those:
– Who love smoking meat & jerky but don’t know where to get started
– Who have never heard about smoking meat but want to learn more
– Smoking meat Veterans who just want to add more delicious recipes to their arsenal

So Next Time You Have a Party or a Get Together…

Be sure to grab one of my favorite 25 smokin delicious recipes, blow the minds of your guests and keep them coming for more.

Some of the recipes that you’ll find in this book are:

And these are just a few that are included in this fantastic smoking meat recipe book.