I found another guinea pig that I want. It was at a local pet store, and it is just about the cutest thing in the world. He is grey and fluffy and he needs to be in my hand right now. Now that I have two guinea pigs I am realizing that guinea pigs are a gateway drug to more guinea pigs. Just like chickens, you can’t have just six. My sweet chickies are going to have an easy summer this year. I will not be adding to the flock because they are producing plenty of eggs, so they wont have to get used to anyone new. Hubby isn’t helping either. He should be telling me that I have enough critters, but instead he says he likes the little gray fuzzy guy and I should get him. We can’t have two people in one house with a guinea pig addiction! 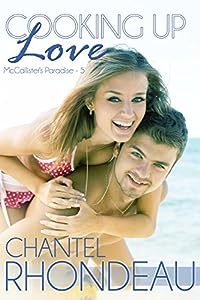 A single mother gives everything to raise her daughter in a loving, safe environment — falling for a handsome playboy was not part of the plan.

Elaina Turner arrives at McCallister’s Paradise with her young daughter for the ultimate vacation getaway. Her bargain store dress may as well be a burlap sack when she sees the other island guests, and Elaina fears the free vacation might end in embarrassing disaster. She never expects Shane McCallister, head chef of Paradise Point and part owner of the island, to take a keen interest in her and her daughter. His sexy smile and easy manner cause Elaina to have a hard time staying away, but she has to protect her daughter from the flirtatious player. All her daughter wants is a father — Shane is obviously looking for fun with no strings attached.

As the youngest sibling in the McCallister clan, Shane has floundered through life for several years. Bad choices and frequent mistakes with women have become his trademark. When he targets Elaina as his next love conquest, his family fears the worst — that he’ll ruin not only himself and Elaina, but possibly take down the entire business with his antics.

Things aren’t entirely what they seem for either Elaina or Shane. Perhaps being together is the only way to make their lives meaningful. Despite the roadblocks in their way, they grow closer. Unfortunately, so does the chance that the past will rear its ugly head and ruin any possibility for a happy ending.

Another McCallister sibling has to navigate the pitfalls and triumphs of love all while dealing with the meddlesome and loving McCallister family. 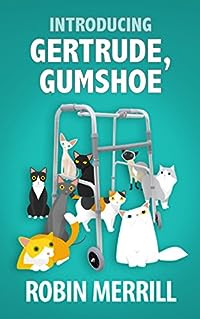 Gertrude has been called a lot of things: a hoarder, an odd duck, and a crazy cat lady — but she’s never been called a gumshoe. Until now. When her neighbor goes missing, she can’t help but get involved, no matter how many people ask her not to. 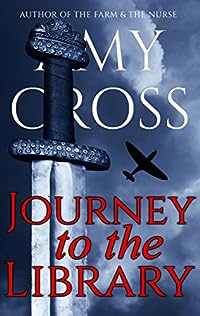 Journey to the Library
by Amy Cross

When a near-fatal car crash leaves them trapped in a snowy wasteland, Thomas and Alice Never finds themselves dragged kicking and screaming into a vast new world. They’ve accidentally found a bridge between their world and the Library, and if they’re ever going to get home, they’ll need help. Fast.

Encountering a strange old magician with a distinctly British accent, Thomas begs for help as he searches for his family in the Library. The magician, a man named Carstairs, agrees to do what he can. However, Carstairs lives in fear of a powerful creature that lives in the Library. As the search for Thomas and Alice’s parents continues, the Angel begins to call out…
Meanwhile, Alice has met an angry girl named Table and a small, elf-like creature named Nodby. They set out to cross the great river that flows through the heart of the Library, before attempting to pass through the Valley of Dead Books. Soon, however, they’re trapped in a tomb, and their attempts to reach the city of Papyr look to have been thwarted. 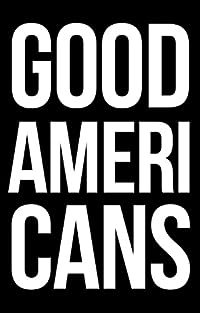 In the tradition of Mark Twain, Sinclair Lewis, and William Faulkner, this groundbreaking short story collection paints an uncompromising portrait of a contemporary America filled with liars and buffoons, racists and swindlers, hypocritical ideologues and emotional manipulators.

An Italian-American racist receives his comeuppance from a ghetto Hispanic teenager; a blonde runaway from Florida is forced into prostitution on her road from the South to North; a Dominican-American professor is embroiled in academic intrigue; a scarred white war veteran stalks a black stripper; an ambitious Midwestern journalist pursues a mysterious Indian-American lawyer.

Good Americans is a “grand assault” against the fiction of our time, delivering a mind-blowing diversity of voices, subjects and effects. By turns thought-provoking, disturbing, hilarious and deeply moving, Good Americans is the first selection in The Human Tragedy, a panorama of our society that The New Wei will bring out over the coming years. 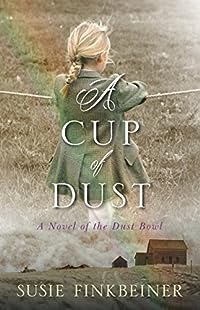 A Cup of Dust
by Susie Finkbeiner

Where you come from isn’t who you are.

Ten-year-old Pearl Spence is a daydreamer, playing make-believe to escape life in Oklahoma’s Dust Bowl in 1935. The Spences have their share of misfortune, but as the sheriff’s family, they’ve got more than most in this dry, desolate place. They’re who the town turns to when there’s a crisis or a need–and during these desperate times, there are plenty of both, even if half the town stands empty as people have packed up and moved on.
Pearl is proud of her loving, strong family, though she often wearies of tracking down her mentally impaired older sister or wrestling with her grandmother’s unshakable belief in a God who Pearl just isn’t sure she likes.
Then a mysterious man bent on revenge tramps into her town of Red River. Eddie is dangerous and he seems fixated on Pearl. When he reveals why he’s really there and shares a shocking secret involving the whole town, dust won’t be the only thing darkening Pearl’s world.
While the tone is suspenseful and often poignant, the subtle humor of Pearl’s voice keeps A Cup of Dust from becoming heavy-handed. Finkbeiner deftly paints a story of a family unit coming together despite fractures of distress threatening to pull them apart.