Making Up For Lost Kisses

Kitty was locked out in the garage all night last night and now he wont stop screaming at me. He needs to make up for all the hugs , pets, and kisses he missed. I don’t know how he got locked out, but by the way he is acting he has made me in charge of making up for lost time. That’s at least six hours that need to be made up. Even though the six hours that he is concerned about, everyone would have been asleep and he wouldn’t have gotten those hugs and pets anyway. As much as I have tried and tried to explain this to him, he is not listening to reason. This is why I have in in my arms while I am trying to get work done right now. 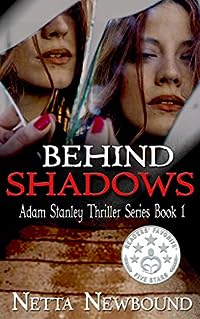 An Edge of your Seat Psychological Thriller Novel

Amanda Flynn’s life is falling apart. Her spineless cheating husband has taken her beloved children. Her paedophile father, who went to prison vowing revenge, has been abruptly released. And now someone in the shadows is watching her every move.

When one by one her father and his cohorts turn up dead, Amanda finds herself at the centre of several murder investigations — with no alibi and a diagnosis of Multiple Personality Disorder. Abandoned, scared and fighting to clear her name as more and more damning evidence comes to light, Amanda begins to doubt her own sanity.

Could she really be a brutal killer?

Content Advisory: This book is intended for mature audiences and contains graphic and disturbing imagery

This is the first of a British series of 4, and although they can all be read as standalone books, the author recommends you read them in sequence to get the greatest enjoyment.

Get ready for 10 haunting glimpses into the future with this riveting collection of dystopian novels by some of the hottest new talent in the genre. From low-tech to high, from apocalyptic to idealistic, and with more action and romance than you can shake a stick at, Fractured Worlds is guaranteed to have something for just about every dystopian fan. But you’ll want to grab your copy now — this bundle of books is available for a very limited time!

The Society by Dean Murray
Skye is part of the Society, the hi-tech, nanite-endowed group responsible for making sure that the millions of surviving people — grubbers — are confined to the ancient, decaying cities where they can be watched to ensure they aren’t redeveloping the weapons technology that came so close to extinguishing life on the planet.

When the Society’s monitoring programs pick up troubling developments in one of the grubber cities, Skye is ordered in to deal with the man responsible, but what — and who — she finds once she arrives will change everything.

Cerulean by Anna Kyss
Chey’s ancestors moved into their ocean refuge to protect themselves; instead, the waters have slowly taken her people, one-by-one. Chey’s attempts to survive ultimately lead to a forbidden encounter with a kind outsider, Jesse. The only problem? His existence shouldn’t be possible.

The McCall Initiative by Lisa Nowak
In 2063, climate change has devastated the US and forced the Pacific Northwest to secede. Now Cascadian citizens are disappearing as rich Americans buy their way past the closed border. When Piper’s family vanishes, she vows to save them — even if she has to start a revolution to do it.

Blemished by Sarah Dalton
Below average and imperfect in a world of stunning clones, Mina Hart is denied an education, a normal life, and a child — but when she meets a new friend’s mysterious brother, she finds herself willing to share a dangerous secret…
Gone by Christine Kersey
When 16-year-old Morgan finds herself in a parallel world where it’s illegal to be overweight, she struggles to find her way home before she becomes trapped there forever.

Romy by Nirina Stone
In the year 2250, life in Apex is built on classification systems. The rich Prospo live a lavish life in skyscrapers. Poor Citizens live underground and Soren terrorists are a threat that no one wants to contend with, least of all young, healthy women that are used solely for breeding. Women like Romy.

Escape by Inna Hardison
Meet Amelia, raised in the safety of a Replenisher compound, a protectorate for the few Alliance females who can bear children. In two months, she is supposed to choose a mate and begin her duties, except it doesn’t happen that way.

Lush by S.L. Baum
Bluebell has spent the last twelve years of her life at Training Tech, the government-run boarding school all children are required to attend. Now she’s 17, and fully prepared for Incorporation; a time when females & males are allowed to mingle again, for the first time since they were toddlers. It is also the day she must endure Citizen Branding – the mandatory searing of a mark into her flesh.

Tainted by Alexandra Moody
Elle Winters lives in a fallout shelter plagued by chilling secrets and mysterious disappearances. She would never dare to voice the forbidden questions that linger on her lips. But, when the wrong person is taken she will risk everything to uncover the truth. Will she find what she’s looking for or are some secrets better left buried deep underground?

Outside by Shalini Boland
A pulse-pounding dystopian tale set in post-apocalyptic Britain: Riley has always wondered what lies beyond the high-security perimeters of her community. But when tragedy forces her into the outside world, she can’t believe what awaits her. 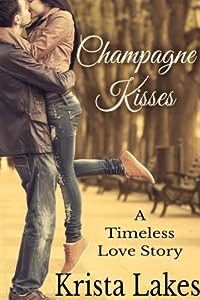 In the summer of 1990, Rachel Weber spent a week down on the Florida coast, soaking up the sun’s rays while she waited for her life to begin. It was there that she met Dean Sherman, a handsome, muscular soldier with blue eyes. The two spent a week together full of champagne kisses that only ended when Operation Desert Storm forced Dean to choose between his duty and his love. He chose duty.

Twenty years later, Rachel figured it was just summer love, but she never forgot those eyes. As personal assistant to powerful billionaire Jack Saunders, she never expected Dean to walk into her office after being hired as Jack’s personal bodyguard. Even though she had spent the last two decades trying to forget Dean, she found herself falling for him once again.

When fate forced both Rachel and Dean to choose yet again between love and duty, Rachel had to decide between the man she had always loved and the family that had become her life. She knew she couldn’t have both, but she knew she wouldn’t be happy with just one. Would she choose love, or be forever haunted by the memory of those Champagne Kisses?

This thrilling romance novel brings the cast of the bestselling novels Saltwater Kisses and Rainwater Kisses back for an epic and timeless love story. Shirley Maxwell is a troubled young woman facing a complicated personal life, a culture that restricts female options, and a world at war. Yet, together with friends — Emmie, Delores, and Mags — she joins Jackie Cochran’s Women’s Air Service Pi-lots program (WASP) and participates in the adventure, challenges, and tragedies of the 1940s with determination and courage. Shirley and her friends know what they are tackling will be hard, but they do it anyway and relish the effort. In the process, they change what is possible in the minds of young girls everywhere. Lively and moving, Windshift inspires and educates. Appropriate for history buffs interest-ed in the World War II era, students of social change, those who love tales of der-ring do and those who just love airplanes. 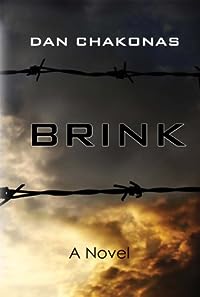 After his fiancee is imprisoned for a crime that will expose the White House, black ops agent Aldo Brink must use all his skills to free her, and keep their dream of being together alive.

For his entire adult life, Brink has given his blood in defense of the country he loves. Now, after a shocking betrayal at the highest levels of government, he must do something he never thought possible. He must wage war on his own country, because this time it is not the security of the United States that hangs in the balance, but the life of the woman he loves.