Not Yet..Just Not Yet

I’m not exactly sure how to write this. I think you are all entitled to an update on the piggies. I’m just going to come out and say it. Henry might be a girl. Now I am not confirming he is a girl, but I have my suspicions. He has been acting kinda weird. Doing strange little dances that Coco seems to enjoy. I could just be reading the signs wrong, but if I find additional piggies popping up in that cage (beside any I sneak in) I am going to freak out! I’m not ready to be a grandma yet. 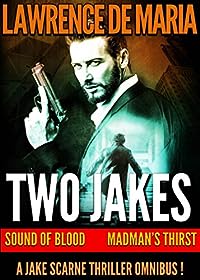 SOUND OF BLOOD: In this, the first Jake Scarne thriller, the rogue New York City cop turned private eye is sent to Florida by a grieving father to uncover the truth about his son’s death — only to be caught in a chain reaction of revenge involving a financial empire built on murder, sex and fraud. Bodies pile up as Scarne finds himself in the crosshairs of a powerful media baron, vicious mobsters, homicide cops, the F.B.I. – and a beautiful, amoral woman. This is the rare novel that has some critics praising it as a terrific financial thriller and others likening it to JAWS. But at the novel’s heart is a tragic love story that tests the boundaries of loyalty and loss. With crucial and colorful scenes set in New York, Florida, Georgia, Seattle, Argentina and the Caribbean, SOUND OF BLOOD will hook you right up to its last, stunning twist.

MADMAN’S THIRST: In his second outing, private eye Jake Scarne, haunted by his last case, has been letting himself go physically and mentally, content to cash easy paychecks. But then his best friend asks for a favor he can’t refuse. Seeking personal and professional redemption, Scarne sets out to find out who is behind the rape and murder of young girl. The police are convinced the brutal crime was random. But right from the start Jake knows better. The only problem: He can never reveal the source of his information. The one person, a stone killer who can prove what really happened, has disappeared. He may even be dead. The seemingly hopeless search pits Scarne against another killer, an assassin for the ages, whose billionaire employer, conspiring with a foreign power, cannot afford to have the girl’s murder solved.
***
Winner of an Associated Press award for crime reporting, Lawrence De Maria later cut his teeth on financial corruption at The New York Times and Forbes. 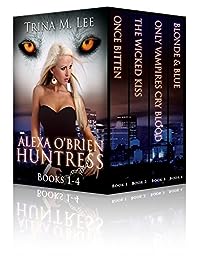 Alexa, a werewolf with an unusual power, is forced to face the monsters of her past and the uncertainty of the future after mysterious vampire, Arys, awakens the darkness within her.

Alexa O’Brien has never been like other people. A hunter of supernatural rogues, she is a werewolf with unusual but extraordinary power. Power that draws her to Arys Knight, the mysterious vampire who awakens her dark side. What they create together is dangerous and binding, forcing her to question the source of her abilities. It threatens not only her remaining humanity, but her relationship with fellow werewolf, Shaz Richardson, as well.

When Alexa’s womanizing former lover and the Alpha of her pack is framed for murder, he draws public attention that could earn him a death sentence unless she steps in to help him. Alexa would love to watch karma at work but as the body count rises, long buried secrets are exposed. She’s forced to face the painful truth that not everyone is who she thinks they are.

Alexa O’Brien is a magnet for trouble. Due to the power she shares with bad ass vampire, Arys Knight, power hungry creatures are eager to get a taste of her. That includes Arys’ sadistic sire, a vampire that sees her as a toy, perfect for his personal collection. If he doesn’t kill her, she just might wish he had.

Alexa is in danger, something her wolf mate Shaz blames entirely on Arys. The tension runs high when an argument blows up into a full physical confrontation between the two men. Alexa learns there is one way to protect herself from those who see her as a walking, talking power trip. Now she is faced with her biggest decision yet.

But can the two men she loves put aside their differences when it matters most? Because this is one sacrifice that will forever alter her very mortality.

Alexa O’Brien has more power than she can handle. A werewolf bound to a vampire by a force bigger than the both of them, Alexa is feeling lost. Desperation drives Alexa to make a deal with the one person who can guide her, a man she loathes, Harley Kayson. He just so happens to be the sire of her vampire lover, Arys Knight. To say Arys is pissed about this would be putting it lightly.

Conflict threatens to destroy what Alexa and Arys share. Due to their eternal bond, they can never truly walk free of each other. When Arys teams up with his sire to revisit their sordid past, the pain he and Alexa inflict on one another rises to a scathing boil. Alexa comes to realize that her only solution is to fulfill Arys’ greatest wish and worst nightmare, regardless of the consequences.

Bloodlust and power. Werewolf Alexa O’Brien is a slave to them both. As she falls deeper into the seductive embrace of blood and death, the dangerous desire is encouraged by a forbidden attraction.

While trying to run the problematic local vampire hotspot, The Wicked Kiss, Alexa learns that someone is seeking the killers of its former owner. One of those killers just happens to be her. For Alexa’s vampire lover, Arys Knight, it takes a personal twist and soon becomes clear there’s something he’s not sharing. Something that could unlock the mystery of where their power comes from and why it is so deadly. 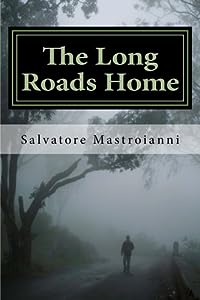 American by birth, he grows up in Italy and is conscripted into the Italian army at the onset of the conflicts that led to World War II. He struggles to survive through twelve years of military service in North Africa, Russia, and Italy. After the war, he returns to his father’s devastated lands in southern Italy where he can only dream of returning to America.
Giovanni traveled two long roads. The first one, a two year wartime journey from Ukraine to his home in southern Italy, was a journey of necessity. The other, a forty five year journey of return as an immigrant to America, the country of his birth, was one of choice. 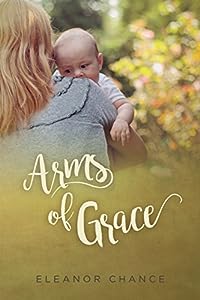 Arms of Grace
by Eleanor Chance

Nurse Grace Ward names the unconscious baby boy “Johnny.” No one at the hospital knows where he came from, just that a couple abandoned him and disappeared. Even with a trained staff treating him, Johnny’s life hangs in the balance.

His identity is shrouded in secret, but Grace doesn’t care. When she sees the defenseless baby, it’s love at first sight. Her promise to save Johnny is the beginning of a long journey to heal from the scars of her past and create a brighter future for both of them.

As Grace grows more devoted to Johnny, major events threaten their bond and his life. A deadly infection spreads rapidly through the hospital, Johnny’s mysterious origins affect his future, and Grace’s personal life grows more complex. When Johnny’s prognosis creates an ideological chasm that leaves the hospital staff on opposing sides, Grace refuses to bow to the mounting pressure that could destroy her career, and even her life. She will fight for Johnny with everything she’s got. 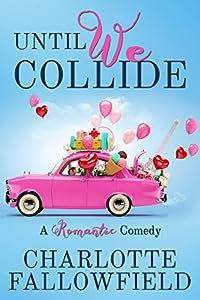 Until We Collide
by Charlotte Fallowfield, Karen J, Book Cover by Design

What do you do when the guy you’re in love with is seeing someone else?

That’s the dilemma facing Paige Taylor. All of her life she’s only ever had eyes for the gorgeous Alec Wright, but despite their undeniable chemistry, their timing has always been off. Fast approaching her thirtieth birthday, Paige despairs of ever finding love and a happy ever after. Her best friend Poppie tells her that she can either watch life pass her by, or grab it with both hands. She convinces Paige to throw herself back into the dating pool, or she could be waiting for Alec forever.

What Paige didn’t expect was the catalogue of dating disasters to follow. A neck brace, jelly fish, stitches, flashing and an encounter with a gorilla were some of the most memorable. Despite some downright hilarious, humiliating and cringe worthy dates, her biological clock is ticking and Paige is determined to keep trying until she finds the one. Was Alec Wright always her Mr. Right, or is he still out there waiting to be found?

Join Paige in her quest to find the ultimate prize. Love.