I am straight up freaking out. There is still snow up in Tahoe and Tough Mudder is only a few months away. If we don’t have a heat wave soon, I am going to be hiking in snow and swimming in ice water. NO!! NO WAY! I can actually feel my eyeballs freezing up as I type. I can’t even handle a cool breeze. I might need to rent a wet-suit or something. Usually I don’t start questioning why I do this every year until I am actually at the starting line looking at the massive hill I am about to climb. Did I mention I hate hills? I also hate snow, so you can imagine how much I would hate snowy hills. It’s quite possible I could lose a few fingers or toes this year. That’s messed up.

On July 4, 1946, the traitor, Navy Captain Edward Lawson stole and attempted to fly an experimental seaplane into the hands of the Soviet Union. The top-secret plane crashed in the Atlantic Ocean before he could succeed. His body, and the wreck of the plane, were lost at sea.
Mike Howard runs a small aviation museum, and, several decades later, his war-hero family still feels the sting of Lawson’s unpatriotic actions. When Mike is pressured by Lawson’s grandson, Jesse, to mount a search for the traitor’s corpse, his first instinct is to vehemently refuse. However, his scholarly instincts quickly get drawn into the hunt, and he soon realizes that there is much more to the story. As Mike’s corporate sponsors passionately lobby for him to stop stirring up old issues, it is made clear to him just how tangled the web of espionage has become.
A team of killers is on his trail. Mike and his friend, a champion female stunt flier, are forced on the run. They desperately unravel the threads of deceit, scrambling for the truth before they are brutally added to the list of sacrificed persons of conscience.
Magnolia Gods is the second book of the acclaimed River Sunday Romance Mystery series by Thomas Hollyday. The author’s unique Chesapeake voice once again gives us an exciting read about the people, their beliefs and legends, and the grasping mud and black water wetlands of this mysterious American region. His other critically acclaimed novels include Slave Graves, Powerboat Racer, Gold, Terror Flower, China Jewel, and Easter Sunday. 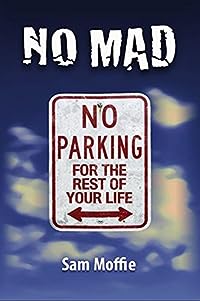 Tossing a few mentionables into the car, along with his golden retriever, Churchill, his now only trustworthy lifelong companion, Aaron embarks on an odyssey like no other. With his own music as a backdrop, while guzzling his favorite ‘Newman’s Own Virgin Lemonade’, Aaron begins in Youngstown, Ohio, travels Interstate 80 in Pennslyvania, and continues into Gettysburg, Pa., Boston, Ma., Roswell, NM., to name a few, ultimately ending his road trip in scenic Niagara Falls.

Along the way, he continues to embrace each moment, every situation, all relationships and brief encounters. Never losing his zest for life, Aaron stays positive, upbeat and open for adventures, not letting his ‘ex-wife-to-be’ interfere with his new found freedom, while at the same time rediscovering and recreating bonds that will never be broken. The game of Jinx has never gotten so much attention; what that means the reader is soon to discover.

Starting somewhere, going nowhere and finding an unplanned, unexpected landing. Time to put a pole on that No Parking sign and call it home.

Laugh till you cry funny, entertaining, heart-warming and insightful all rolled together. A must read for those who love ‘road’ stories. 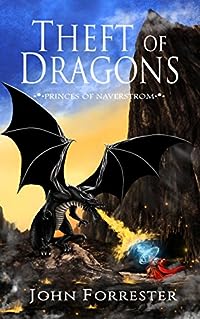 Theft of Dragons (Princes of Naverstrom Book 1)
by John Forrester

Tael Shalinor endured the horror of watching his parents murdered when he was twelve years old. The Black Heart Clan assassins have hunted him ever since. In the six years that have passed, King Braxion continues his ruthless tyranny against citizens and neighboring Kingdoms alike. He controls the dragon nobility through powerful spells of beast shamanism cast by the Hakkadians, sorcerers from the northlands.

Princess Sebine, the girl the King believes is his daughter, plots to one day break free from the palace and discover the mystery behind her true father. Tempted by the lure of sorcery, she studies in secret with the Hakkadians in the palace dungeons. When a merchant from the east delivers her the Ring of Galdora as a gift from the Elven Kingdom of Drazal’tan, the course of her life will change forever. 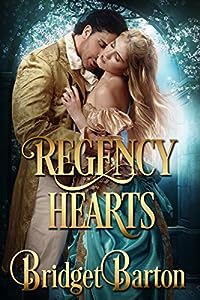 Abigail kept walking behind the man as he led her through the foyer and out the doors of the castle. Walking into the courtyard, an odd sight greeted her. All the people of Northumberland stood in a circle, looking on at something. Dread filled the air as people turned away or looked down, not being able to bear what was happening. Worried, Abigail darted past her guard and rushed forward.

“My Lady!” cried the stable master when he saw her, “Help him, My Lady, help him!”

Abigail has just seen three months of peace and tranquillity with her beloved Edmund when an unexpected foe suddenly threatens her and everything she holds dear. Meanwhile, the city of London falls into deep political unrest as an intricate web of lies, corruption, and murder weaves through the capital of one of the biggest Kingdoms in history. Everything leading back to one man. 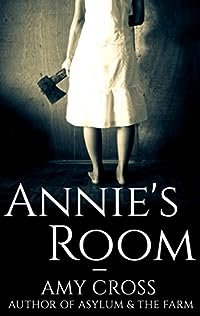 1945 and 2015. Seventy years apart, two girls named Annie move into the same room in the same remote house. Their lives are very different, but tragedy is about to bring them crashing together.

Annie Riley has just broken both her legs. Unable to get out of bed, she’s holed up in her new room and completely reliant upon her family for company. She’s also the first to notice a series of strange noises in the house, but her parents and brother think she’s just letting her imagination run overtime. And then, one night, Annie realizes that while she’s trapped in her bedroom, something sinister is haunting the rest of the house…
Seventy years ago, Annie Garrett lived in the same house with her parents. This Annie, however, was very different. Bitter and vindictive, and hopelessly devoted to her father, she developed a passionate hatred for her mother. History records that Annie eventually disappeared while her parents were executed for her murder, but what really happened to Annie Garrett, and is her ghost still haunting the house to this day?

Annie’s Room is the story of two girls whose lives just happened to be thrown together by an unlikely set of circumstances, and of a potent evil that blossomed in one soul and now threatens to consume another.