I hate to say it, but I am not the best cook. I try, but the chicken is always dry and the veggies always taste weird or completely bland. Last night however, I accomplished something I never thought possible. I made a meal the entire family liked! All of them! Even the baby bassets! I was completely thrown off and didn’t know what to do with myself. For the first time in forever, my babies ate their dinner without a fight. Unfortunately I got a little too cocky and decided we were all going to go for a short family walk after dinner. Things started to fall apart halfway through. I’m not giving up though. We shall try again tonight. 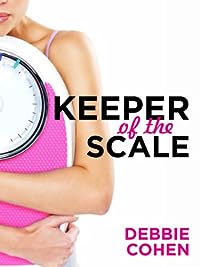 “NO meeting each other outside of ShopSmart. No exceptions!” vow three women who, though decades apart, share the same, ageless goal of dieting.

But sticking to their diets proves harder than expected, as well as their vow to not become involved in each others lives outside of their weekly weigh-ins at the superstore.

Join thirty-something Janine and her diet buddies, middle-aged Margarite and college student Rebecca, as they laugh, cry, and, in the end, learn more about each other and themselves than how to shed some pounds…

Janine, Margarite and Rebecca are three dynamic women with seemingly little in common except the desire to lose weight. Armed with a hot pink scale, they form a unique diet support group, holding weekly “weigh-ins” in a rather unusual location — the snack area of their local big chain superstore. The goal was to save time, by combining meetings with shopping, but talk quickly moves beyond dieting. Slowly, the women connect on a much deeper level, becoming less obsessed with what they’ve got to lose, and focusing instead on how much they have to gain… from life, and one another:

JANINE is the mother hen and driving force behind the “Diet Buddies Dropouts” break-away support group. The 35-year-old stay-at-home mom left an exciting career in the fast paced world of public relations to look after her kids. Channeling the same drive and energy she used to put into her work towards her new, domestic life, she runs an organized, immaculate home, becomes a soccer mom, head of the PTA, and whiz at arranging playdates. But living off her kids’ leftovers has left her forty pounds heavier than her normal weight. She tells herself if she could just get her weight back under control, everything would be perfect. Yet, even as the pounds drop, she can’t help feeling that there’s still something missing… something more than extra pounds.

MARGARITE is an attractive divorced middle-aged single mom of two teenagers. She’s become something of a celebrity with her best-selling cookbook series. Though slender and fit, she thinks, like so many women, that being even thinner will make her appear younger. Fast approaching the “big 5-0,” she believes losing weight is the perfect way to show off to her ex-husband how great she is doing on her own. It’s been five years since they split up, but she can’t seem to say no to jumping through hoops for him whenever he comes to town. Meanwhile, he has had no trouble relocating and dating other women. She knows she needs to move on too, but struggles to let go of the past and begin building a new life of her own.

REBECCA is a young college student and talented, budding artist who dreams of graduating, backpacking throughout Europe, and making it as a painter. Her older fiancé, however, has other plans — like marriage and starting a life together. But all Rebecca can think about is her art and how to afford a dream summer getaway. She believes modeling may be her ticket, but is told her size six figure won’t cut it in today’s competitive market. While dieting she starts to ponder more than how to fit into the new “perfect size two.” She begins to reflect over painful areas of her life and question her future. 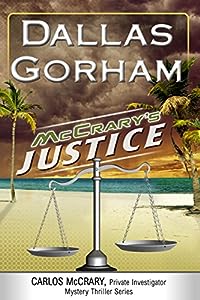 When Nebraska farmer Wilbur Jenkins receives cryptic texts from his missing daughter saying that she is held captive as a sex slave in Port City, Florida, he grabs the next flight to Port City and begs the cops to find her. The only clue is the phone number used to send the texts. It belongs to Antonio Crucero, a mysterious diplomat from a Caribbean island paradise.

When police detective Jorge Castellano can’t beat the suspect’s diplomatic immunity, he sends the distraught father to Carlos McCrary, a wisecracking private eye with a special genius for helping people in trouble — people whom the cops can’t help.

Jenkin hires McCrary to find his daughter Liz. McCrary uncovers a cesspool of sexual slavery and drug trafficking that stretches from South Florida to Switzerland to the Caribbean, and Crucero is the linchpin of the operation.

In the final showdown with Crucero, Dallas Gorham sends readers on a white-knuckle ride that circles back to McCrary’s own home, where he must confront the worst nightmare he could imagine. McCrary’s Justice slices like a machete through a treacherous jungle of forced prostitution, Mexican drug cartels, and new and fearsome enemies, as Chuck McCrary maneuvers inside the gangs and outside the law. 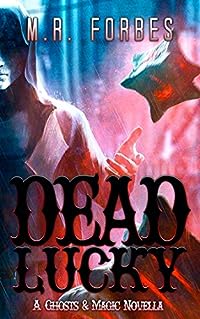 When a strange message arrives through an even stranger channel, necromancer Conor Night is driven to discover its meaning, even if it takes a road trip that he might not be healthy enough to survive. Joined by his sexy partner and an undead wise-ass, he’s about to rush headlong into a magic and mayhem filled night in New Orleans that will leave his future riding on a roll of the dice.
Luck, be a lady…

* Dead Lucky is a standalone novella (20,000 words) set in the contemporary, urban fantasy world of Ghosts & Magic. It precedes Dead of Night in the timeline, and is a great place to sample the series, get a deeper look into Conor’s backstory, or simply enjoy the ride. * 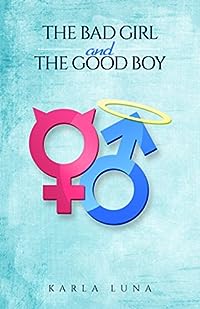 The Bad Girl and The Good Boy
by Karla Luna

“I’m Evelyn. Evelyn Jo. How about you, handsome?”

A girl in her underwear introduced herself to the clean-cut four-eyed Zavier Coin, grabbing his hand and making him blush – and life, as he knew it, would never be the same.

Dark hair, black ensembles, badass tattoos, and sporting the perpetual smirk – Evelyn Jo is the ultimate bad girl. She does what she wants, whenever and wherever, and relishes defying authority. A real badass chick.

Zavier Coin, on the other hand, is the perfect good boy. He’s nice, loves his mom, gets really good grades, a teacher’s pet, and a member of the Mathletes club.

They are polar opposites and would probably have never met but for a wrecked car, a school fire, a vindictive authority figure, and a funny twist of fate which landed Evelyn in the Coin home.

But do opposites really attract? And will friendship and love really beat all odds when faced with psycho bad boys, clueless buzzkill adults, and other seemingly insurmountable odds?

Will the bad girl and the good boy get along, become good friends, and perhaps… become something more? 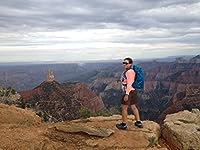 From Sea Level to over 8000 Feet: A Southwest Mountain and Desert Hiking Adventure
by Ann L Hamilton, A Hamilton

This is a short story about a 60 year old mother and her 20s something daughter, hiking and camping novices from Florida, seeking to get close to nature. They go out into the woods, mountains, and desert and away from their everyday lives, and find adventure. With little in the way of instruction or background, they venture into the mountains and desert of the Southwest United States and learn about the environment and themselves along the way. Their journey takes them from the red rock country of southern Utah, to the North Rim of the Grand Canyon, down to Sedona and Oak Creek Canyon in Arizona, across New Mexico, and finally to the solitude and majestic scenery of the Santa Fe National Forest.